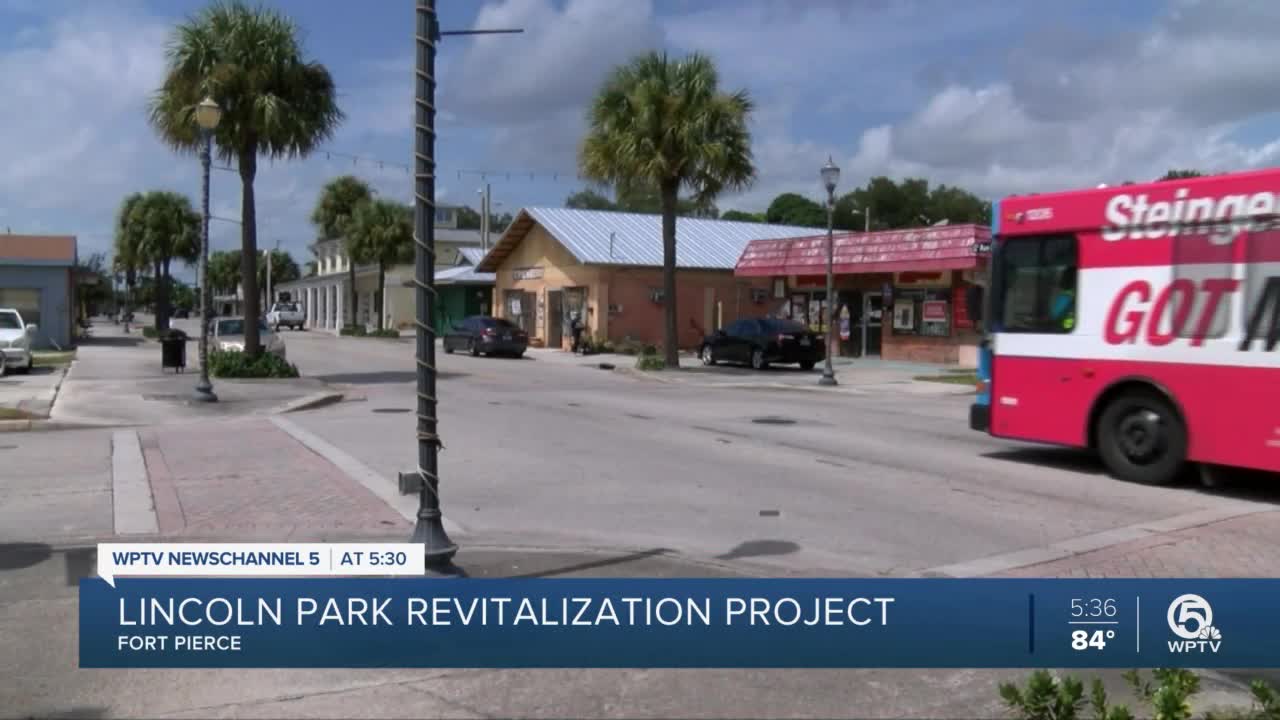 There are new plans to revitalize a predominantly Black neighborhood that once thrived in the 1930s through the 1960s.

FORT PIERCE, Fla. — What was once a thriving economic center for African-Americans in the Treasure Coast is preparing for a significant overhaul.

This week the city of Fort Pierce released a vision survey on the future of the Lincoln Park District, with emphasis on the Avenue D corridor and Means Court School.

It's part of a revitalization project to address not only growth but retention of younger people.

Caleta Scott spent every summer with her family in Fort Pierce as a kid. About five years ago, she returned to the Lincoln Park neighborhood as an adult with a new job title and mission.

"I was raised in Miami, but I was here every summer and holiday until I was 17-years-old and went to college," said Scott, who is Fort Pierce's grants administration division manager. "I had a full life in Atlanta, but there was no place I'd rather be than to come home to Fort Pierce."

The Lincoln Park neighborhood was once a thriving economic center in the 1930s, 1940s and 1950s for African-American residents that today has fewer shops, markets and empty lots. But Scott sees the historical gems.

"Back in Lincoln Park's heyday, Lincoln Theater was the only theater that blacks could go, and the people who ran the theater booth still live here," Scott said. "It has a strong affinity, and I want my daughter and grandchildren to come here, just like my mother. And see it in whatever capacity the community wants to see it. The next Tyler Perry production might come here. And it needs to be here for future generations."

Other gems include Means Court Elementary School. It was the only school for black children in St. Lucie County around 1920. It was a school that was funded by Black parents seeking formal education for their children.

Moore-Wells said St. Lucie County Schools is currently in the process of giving the school to the city of Fort Pierce. This is in line with city officials' new survey, which asks what the school building should be used for: executive business center, shared office space, youth center, etc.

"We have ideas and plans that we would like to see, but we have to engage the city," Moore-Wells said.

This week the city released this Lincoln Park Vision Survey, which asks questions like:

"This community has pride and we shouldn't be relegated to just a direction," Scott said. "We're going to get public feedback from an overall vision all the way down to what the street looks like,"

A community input meeting is being held Sept. 25 at Percy Peek Gymnasium from 5:30 p.m. to 7:30 p.m. Also, all survey responses will be submitted to the Fort Pierce Redevelopment Agency at the end of October.