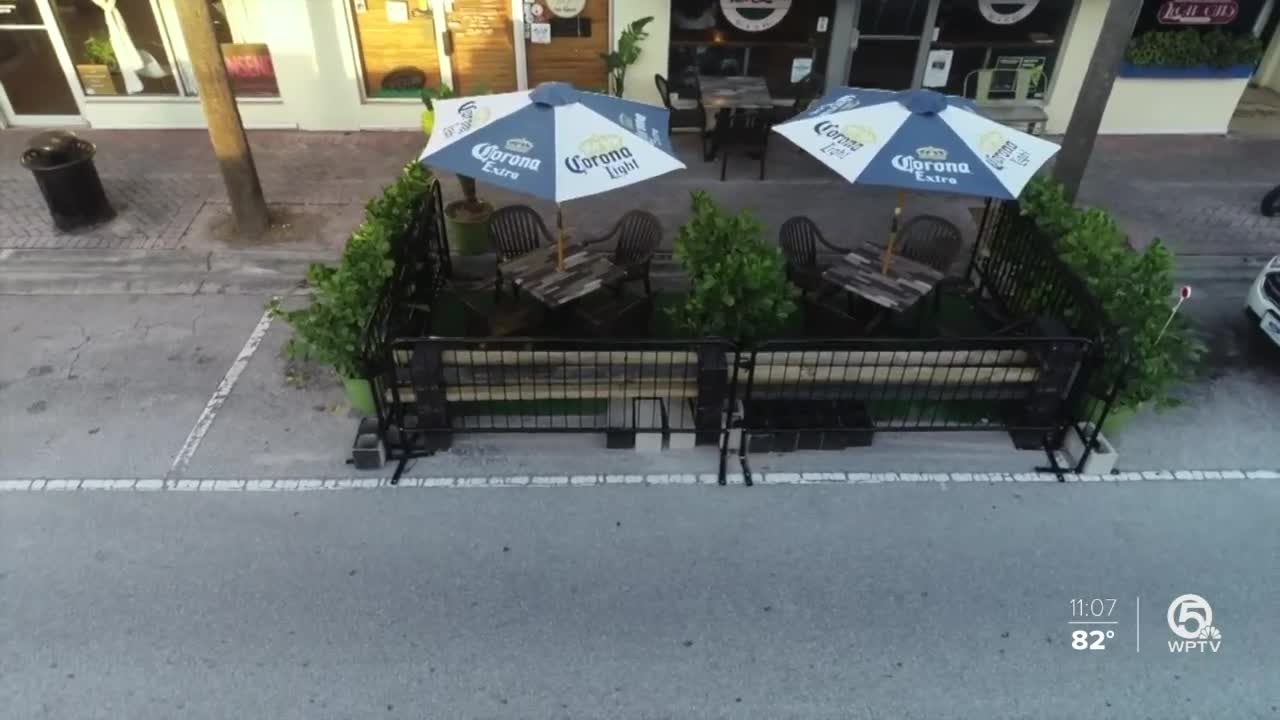 Several downtown business owners are asking city officials to allow them to keep using parking spaces as a way to extend their stores outside. 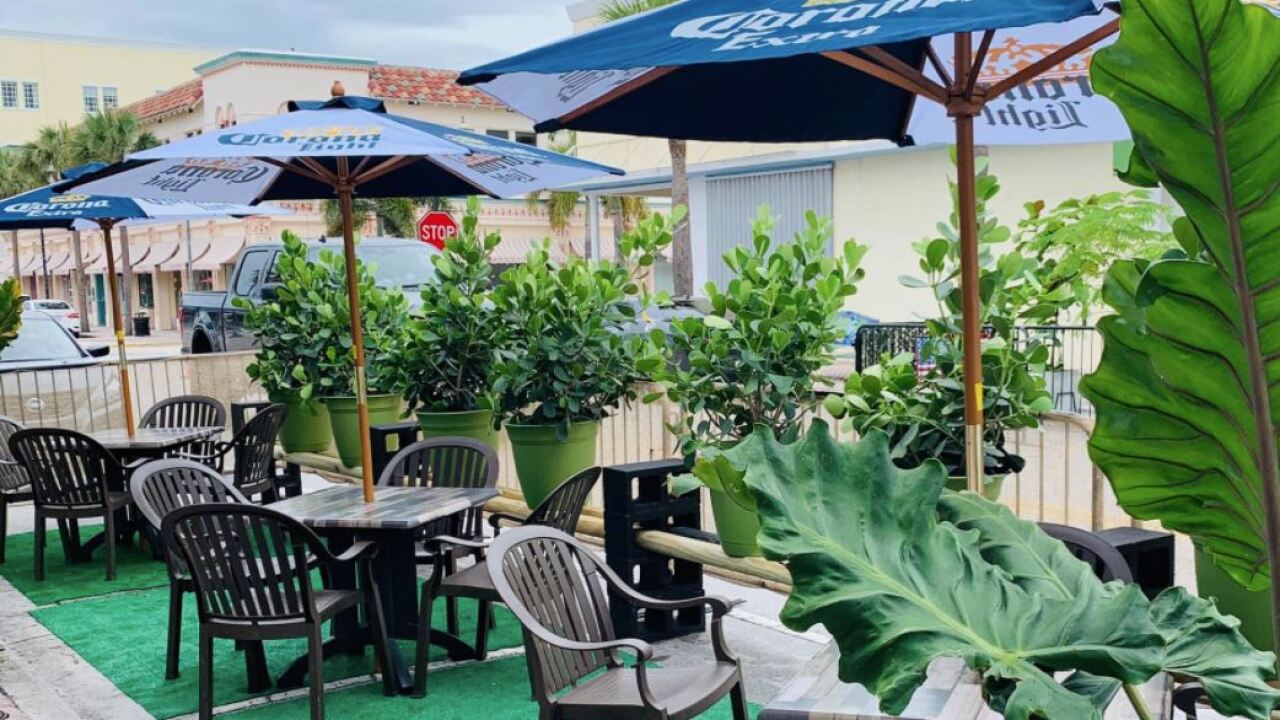 FORT PIERCE, Fla. — Several downtown business owners are asking city officials to allow them to keep using parking spaces as a way to extend their stores outside.

"It's been an awful year," said Bonnie Turk, owner of Taco Dive. "Everybody knows that."

Back on May 28, the city of Fort Pierce allowed businesses to set up parklets, a space in front of their store consisting of a parking spot, to cater to customers outdoors, where capacity restrictions were not in effect.

When Gov. Ron DeSantis lifted all capacity limitations for Florida businesses, city officials told business owners the parklets would no longer be allowed.

Turk calls the parklets a game changer for customers who don't want to eat inside.

Usually, on a night like tonight, we'd be packed," said Turk.

Both she and Becky Demanuel, owner of Chic and Shore Things, have invested over $1,000 into their parklet space.

Thirteen parklets are currently being used by twelve business owners throughout downtown.

The owners are asking city officials to allow the parklets to remain in place until the end of the year.

"We had a lot of people comment on what a nice addition it was to the city down here," said Demanuel. "A lot of people have put down wood floors. We put up umbrellas. We've wrapped the fencing so it looks lovely."

Turk said taking the space that most of her customers prefer away would be detrimental to her business.

"It would have a tremendous impact on us," said Turk.

Several business owners approached city commissioners asking them to allow the parklets to stay up.

The city has decided to gather data over the next two weeks to see how much of an impact the parklets have before making its final decision to keep allowing them or not.