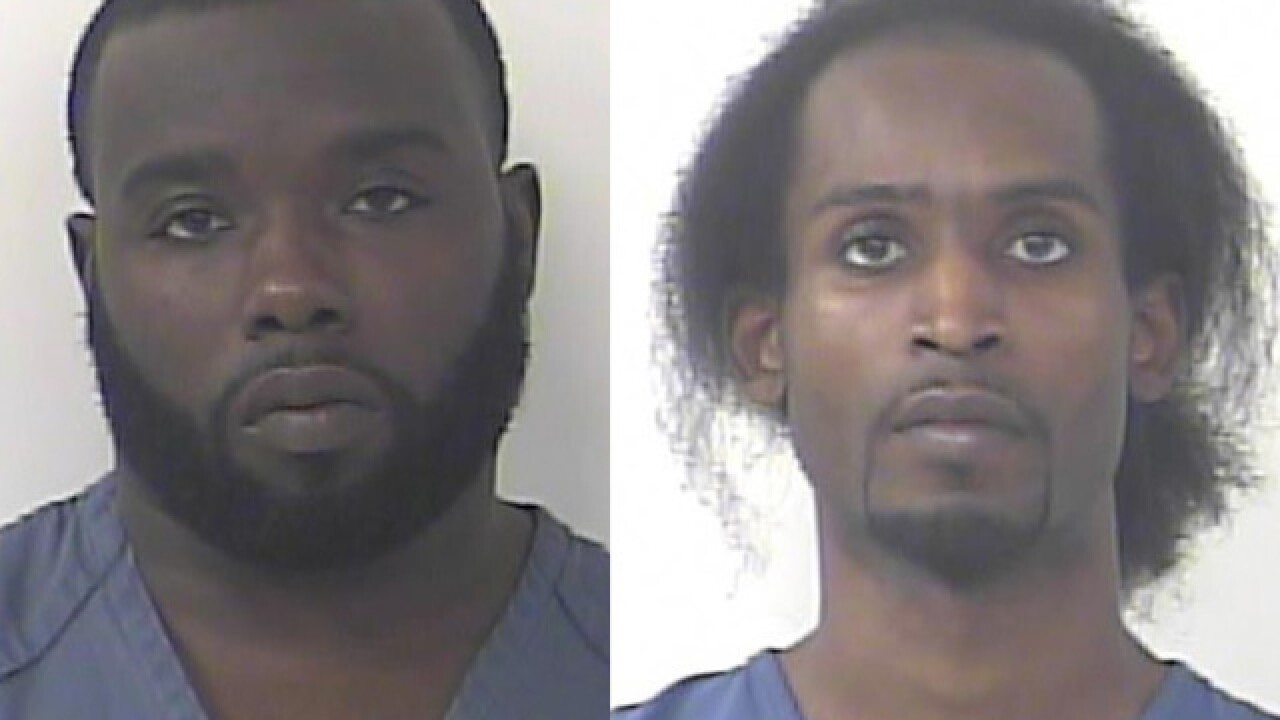 Airial Johnson, 31 and Curtis Travis, 31 are behind bars and accused of manipulating 19 Treasure Coast women into prostitution.

"They did feel kind of hopeless where they tried to get away, they couldn't. They would get away and he would find them and bring them back. He would threaten their families," said Sergeant James Grecco, the supervising detective in the case. Sergeant Grecco says Johnson was the mastermind behind the operation.

He would seek out and find vulnerable women from ages 20 to 35 living on the Treasure Coast on the website Backpage.com.

"He would actually set up dates," said Grecco.

After a few dates with the women, police say Johnson would then get them hooked on heroin.

"He had a regimen to where they would get so much heroin in the morning, some in the afternoon, some in the night and they would also give them crack cocaine at night to kind of counteract the heroin, keep them awake, keep them working," added Sergeant Grecco.

"Whatever money they made, he would end up taking from them, saying that was paying off their heroin debt," said Grecco.

Detectives spent months working on the investigation after receiving a tip.

They spent hours combing through the Backpage website trying to set up dates with the same women allegedly working for Johnson.

"We wanted to completely shut this down," said Grecco. "He was using Backpage to find new girls to work for him, and we were finding the same women on Backpage and arresting them as they were making prostitution deals."

Detectives say he was counting money and was in possession of heroin.

Sergeant Grecco says Johnson may have been running human trafficking rings in at least three states including South Carolina.

12 of the women involved are cooperating with police as witnesses.