Firefighter off work after possible shark attack, strangers stepped in 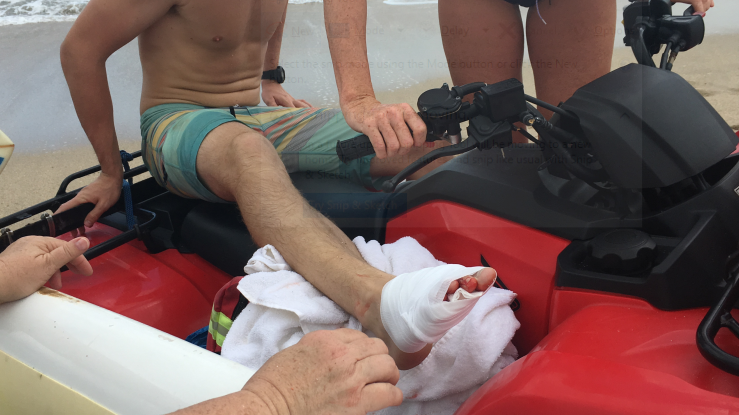 A local firefighter is off work after being bit by what he believes to be a shark while surfing in the Fort Pierce Inlet. Twenty-year-old Justin Kendrick says his life revolves around two passions. The first as a Martin County firefighter and the other out of uniform surfing. 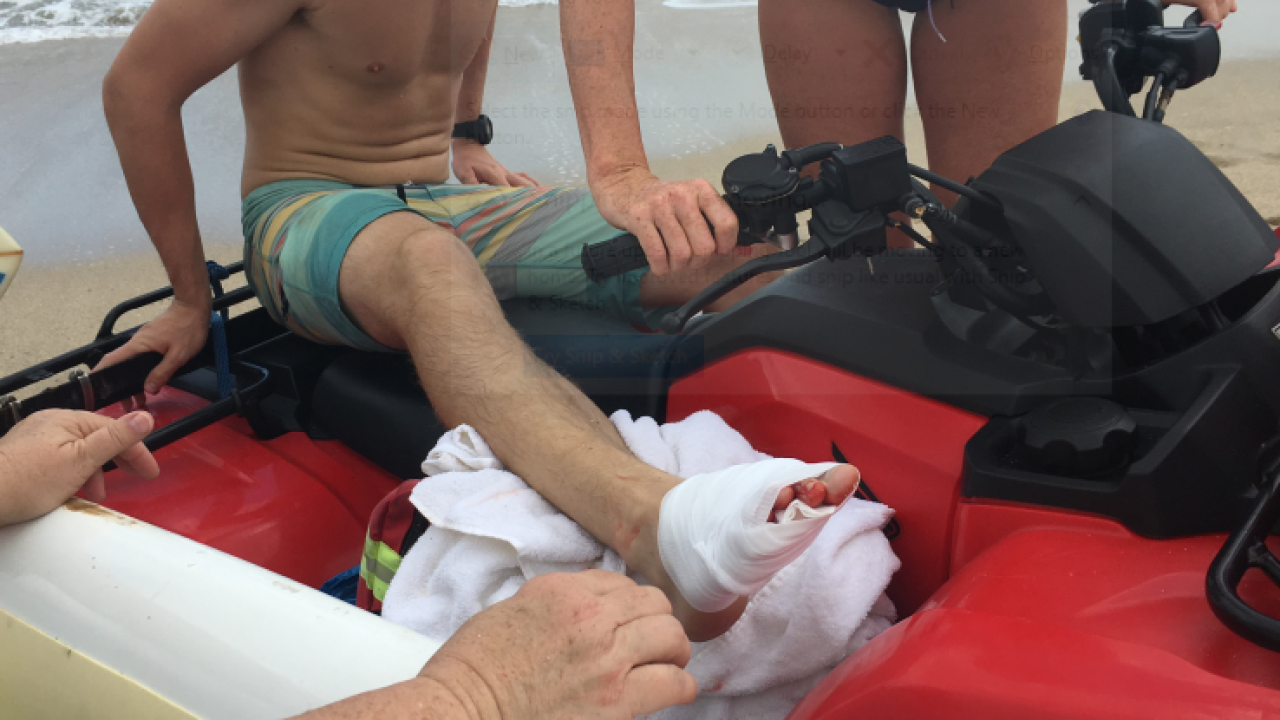 FORT PIERCE, Fla. — A local firefighter is off work after being bit by what he believes to be a shark while surfing in the Fort Pierce Inlet.

Twenty-year-old Justin Kendrick says his life revolves around two passions. The first as a Martin County firefighter and the other out of uniform surfing.

“I’ve always been an athlete,” said Kendrick. “Helping people and being part of something greater than myself and being a part of a team.”

But on Tuesday, the end of his surf in the Fort Pierce Inlet took a bloody turn approximately 10 feet from shore.

“I placed my board down and instead of my feet hitting the sand in the water I must have stepped right on the sharks head or something - and that’s when it felt like I just like stepped right in a bear trap,” said Kendrick. “And for a whole second it was clamped down right on my foot and I had to shake it off my foot.”

He says a man walking by took the shirt off his back and used it as a tourniquet on his right foot which was quickly losing blood. Others assisted with towels and called 911. In the end, Kendrick needed 37 stitches, but he says had it not been for strangers things could have been worse.

”I think I got lucky I got bit where I got bit,” he said. “And there was nice enough people walking by to lend out a hand and take literally the shirt off their back and give me their own towel to wrap up.”

”He got really lucky that his toes and his feet are still attached,” added Jacob Kendrick, Justin’s younger brother.

He eventually made it to Lawnwood Regional Medical Center where he needed 37 stitches. WPTV reached out to the Florida Fish and Wildlife Conservation Commission about the possible shark attack. Online FWC says while shark activity is at its peak in Florida during the months of April through October, Kendrick says it comes with the territory. His only complaint is the recovery time.

He also says the ordeal highlights the importance of surfing with a buddy. Kendrick plans to never hit the surf alone.