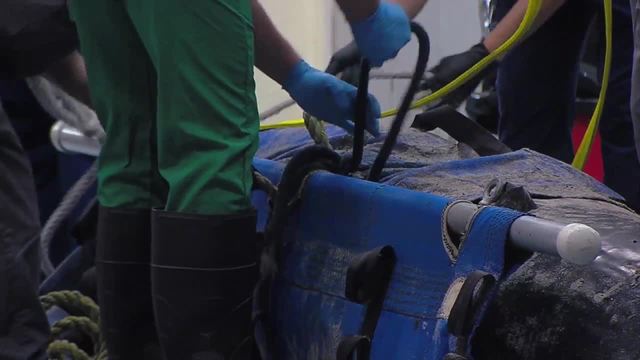 Scientists at FAU’s Harbor Branch Oceanographic Institute are working to determine what caused a young Sperm Whale to beach itself Wednesday afternoon in Juno Beach. 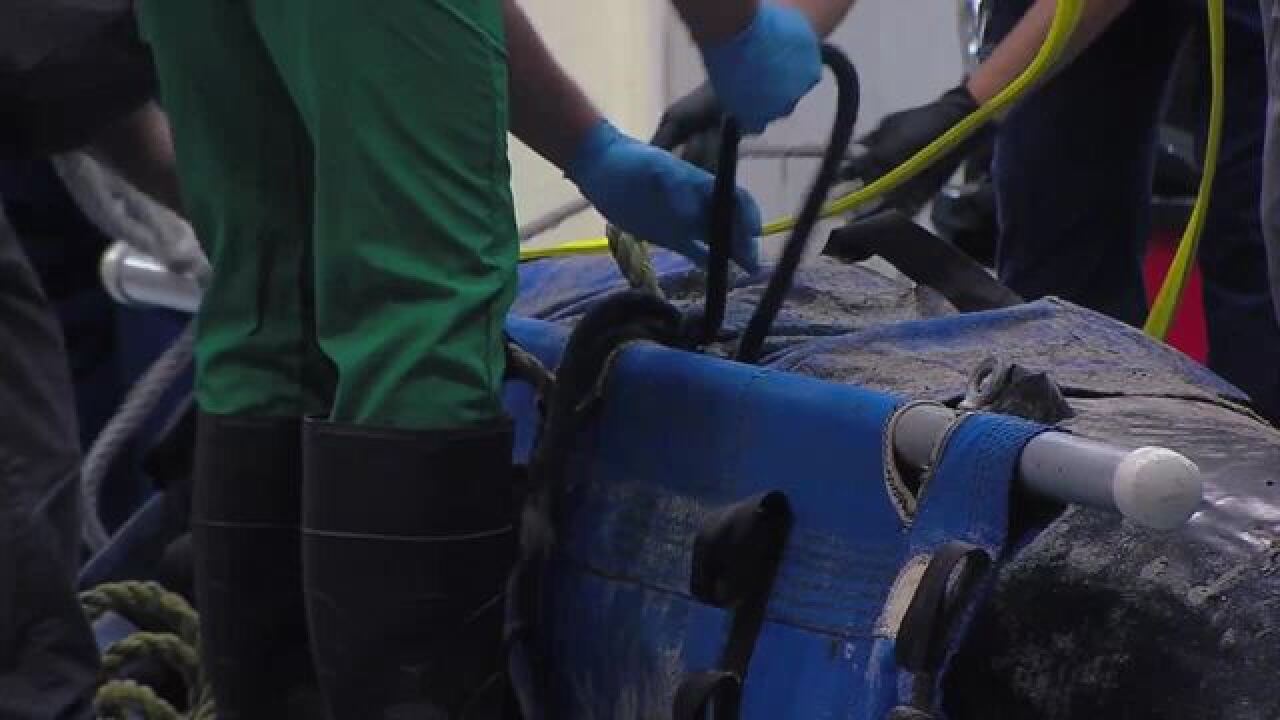 Scientists at FAU’s Harbor Branch Oceanographic Institute are working to determine what caused a young sperm whale to beach itself Wednesday afternoon in Juno Beach.

Marine rescue groups sedated the whale, which died while sedated.

The whale was transported to a lab at Harbor Branch Wednesday night where scientists worked to complete a lengthy necropsy.

Because of the size of the animal, he said it could take up to 8 hours to complete.

Having a beached sperm whale at Harbor Branch is a rare research opportunity, Schaefer said.

Scientists believe it has been nearly 10 years since a sperm whale beached in our area.

“It’s very rare that we get these kinds of animals in the lab,” Shaefer said. “Since I’ve been here, this is the first time I’ve done a necropsy on a sperm whale.”

There will be a lot to learn, including the whale’s cause of death.

“It’s really unfortunate that they pass away. But, as a scientist, the other side of this is we want to use these animals to learn as much as we can about their cohorts that are still swimming around,” Schaefer said.

He will research whether the animal was sick, or exposed to harmful environmental factors.

"There's a variety of reason why animals strand obviously, and usually they're not in good health,” said Schaefer.

But, he will also work to learn more in general about the species.

Scientists say it’s more unusual for sperm whales to beach themselves, because they tend to live farther off shore, in deeper water compared to other marine life.

Scientists at Harbor Branch say necropsies can be completed on the beach, especially for much larger marine life.

However, the Harbor Branch facility is one of just two in the area capable of completing a large scale necropsy in a lab setting. NOAA has a facility in Miami.