'It's making it up as you go,' owner of Sailfish Brewery says 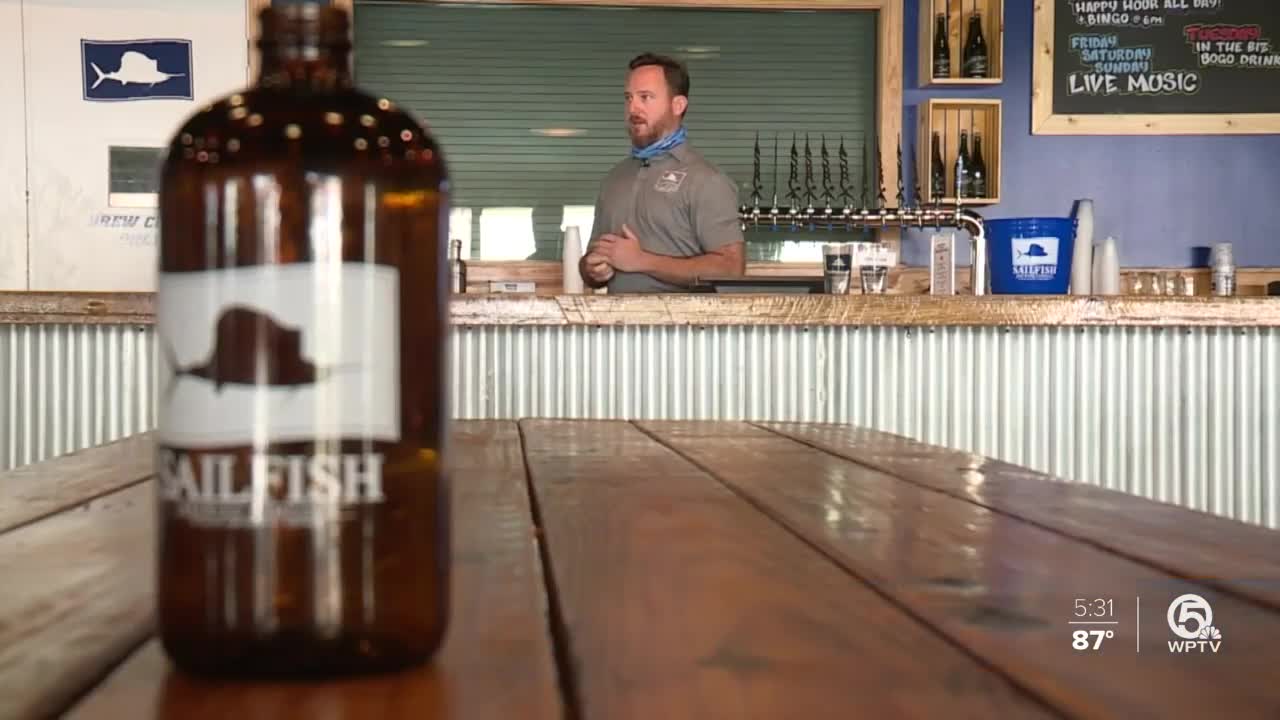 The owner of Sailfish Brewery in Fort Pierce says the state is making it difficult for businesses like his to stay open.

FORT PIERCE, Fla. — Craft brewery owners across Florida claim new rules during the coronavirus pandemic are now making it harder to for them to stay in business.

Sailfish has had to close its tap room three times since March because of changing rules, Bushea said.

Now, Bushea said, he's being told by the state Department of Business and Professional Regulation that he needs a restaurant license, in addition to the health license he has, for his existing pizza ovens.

"To coin a term, it's making it up as you go and it's just every time it's something new," Bushea said. "My frustration with the state is, you impose these regulations but provide no cure method or no mechanism and road map to open back up again."

"Everyone's suffering," said Regan. "I'd say more than half -- more than 50% -- of the brewers are suffering tremendously, where they're on the verge of closing their doors."

Many Craft breweries, Regan said, are scrambling to try and come up with ways to serve food.

The owner Copperpoint Brewery in Boynton Beach said he had to invest in a food truck so he could continue to have customers in his tasting room.

"We believe it's unfair because we think it's somewhat arbitrary that breweries are targeted," said Regan.

Bushea said his Sailfish Brewery is now only selling to-go orders, but he's waiting on a new license that could allow him to reopen his door next week.

"Having this close is a detrimental impact to our business," said Bushea.