Community rallies for family of Greg Hill Jr., given $4 settlement after Hill was killed by deputy 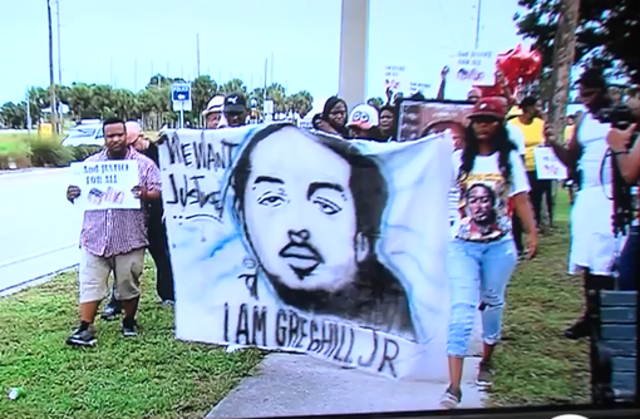 Some people who live in Fort Pierce are rallying behind the family of a man shot and killed by a St. Lucie County deputy in 2014. 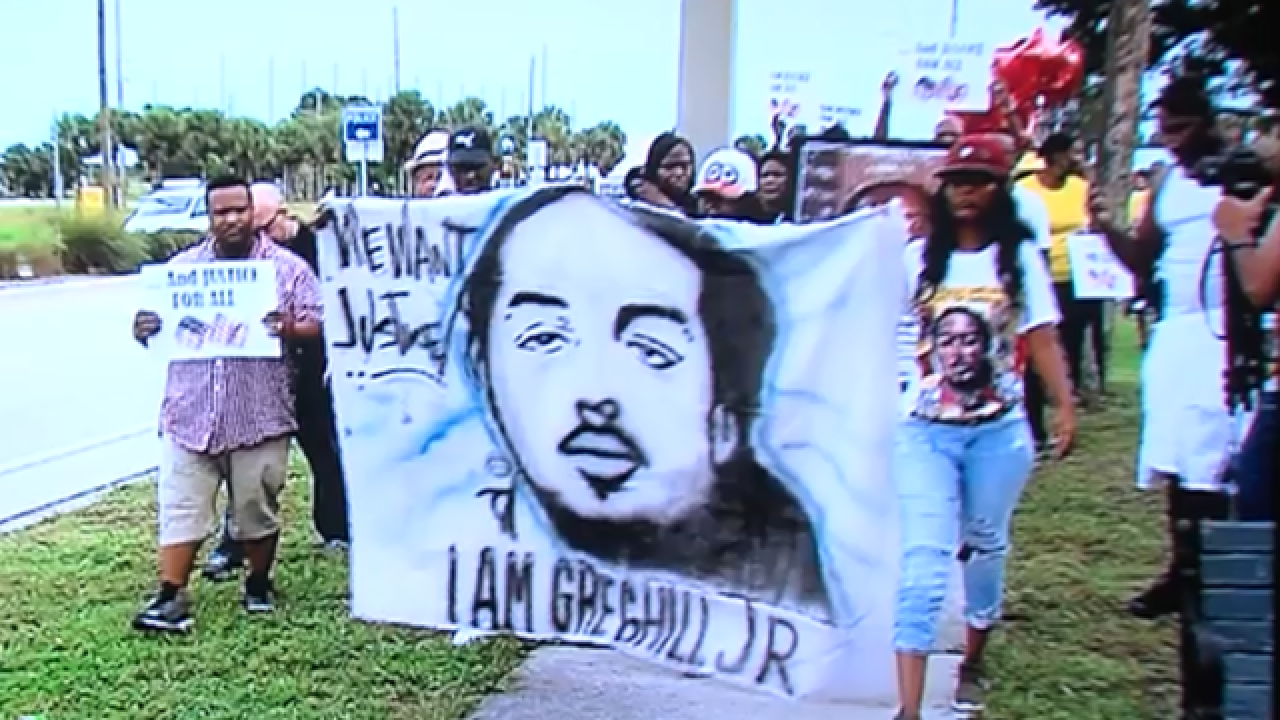 Some people who live in Fort Pierce are rallying behind the family of a man shot and killed by a St. Lucie County deputy in 2014.

Greg Hill Jr.’s family was awarded $4 in a settlement handed down by a jury earlier this month, finding Deputy Christopher Newman was not liable in Hill’s death, and that Sheriff Ken Mascara was 1% liable, saying Hill was 99% responsible for his own death.

The family was suing for wrongful death.

The jury awarded Hill’s mother $1 for funeral expenses. The other $3 went to each of Hill’s three children.

At least 100 people marched to the federal courthouse Friday, carrying signs and chanting “we want justice” for several blocks.

Monique Davis, Hill Jr.’s fiance at the time of his death, spoke to the crowd of supporters.

“It is hard to think someone who had a huge part of your life can be gone in just 65 seconds,” Davis said.

In 2014, deputies responded to Hill’s home for a noise complaint.

Before closing it, investigators said Newman saw a weapon. Newman shot Hill through the garage door.

Later, investigators said they found Hill’s gun in his back pocket.

“I don’t care if he had a weapon. I have one. The point is this: He was at his own home, minding his own business. That’s a dilemma,” said Commissioner Reggie Sessions, who helped organize the rally. “We’re not going to let Greg’s death be in vain.”

Family, friends and even strangers to Hill’s family showed up to the court house. “The fact that it can happen to him, it just hurts my heart, so I had to stop by and show support,” said resident Calvin King.

Davis was touched by the support. She said her attorney will be appealing the verdict.

More than $80,000 has been raised in a GoFundMe account for the family.

Sheriff Mascara has supported the verdict, and said “Newman was placed in a very difficult situation and like so many fellow law enforcement officers must do every day, he made the best decision he could for the safety of his partner, himself and the public given the circumstances he faced.”