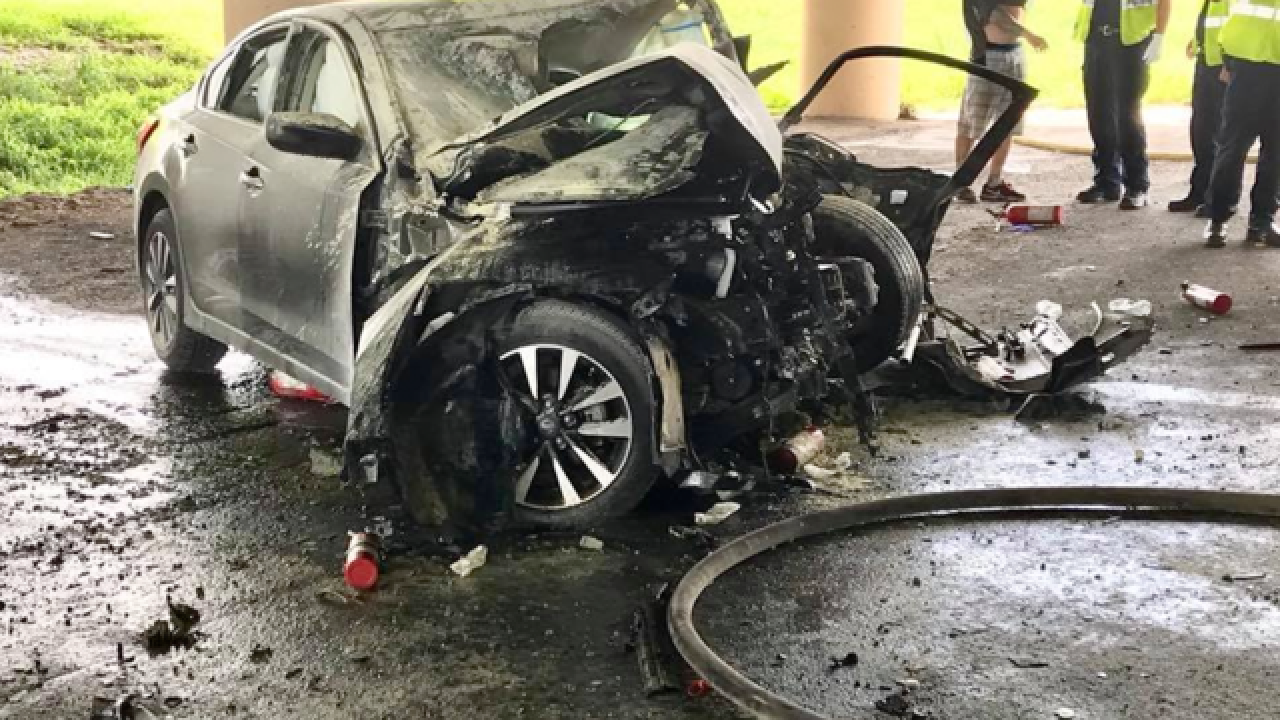 The person who died in a single-vehicle collision in St. Lucie County Friday morning has been identified.

The crash happened under the bridge near mile marker 143 on the Florida Turnpike, according to the Florida Highway Patrol.

It identified the driver as 48-year-old Daniel M. Kennedy of Port St. Lucie.

Kennedy was southbound when he veered off the road and struck a concrete bridge support column, FHP said.

The vehicle burst into flames and Kennedy was dead when rescue crews arrived, the fire district said.

Troopers are still investigating the cause of the crash.