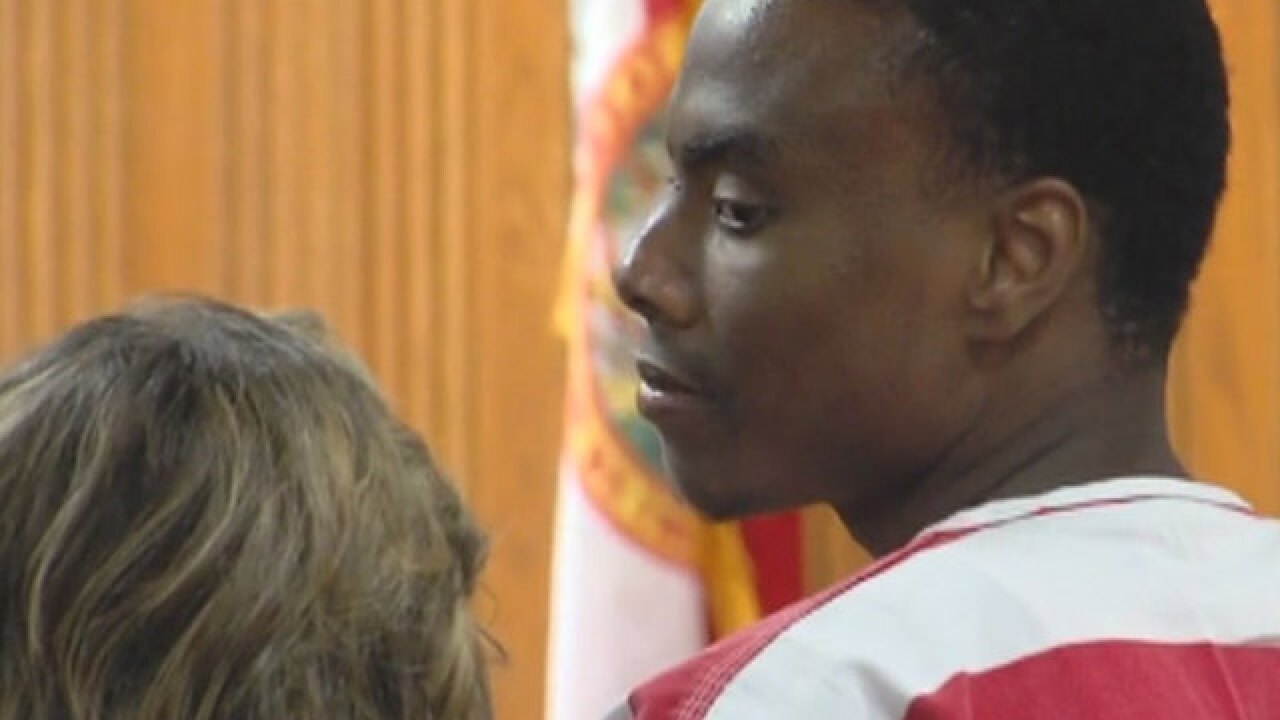 Tisdale walked out of the courtroom telling his family “God will have the final say.”

Tisdale was taken back to the Martin County Sheriff’s Office where he has been for the last three years. Officials with St. Lucie County will expeditiously transport him to the state prison, where he will await appeals and ultimately, execution.

Tisdale was also sentenced to a maximum of 35 years in combined sentences for aggravated assault on a law enforcement officer, a felon in possession of a firearm and fleeing and eluding law enforcement.

Tisdale’s family left the courtroom saying “shame” and “no justice”.

Morales’ family left with a sense of closure. “We’re happy with what the judge gave. We will leave it at that,” said Morales’ brother, Ken Morales.

Dozens of St. Lucie County deputies lined the walkway, saluting the Morales family as they walked out of the courthouse a final time.

Sheriff Ken Mascara said,“This is the family’s closure and we wanted to give our last respect to this family as they leave the courtroom I hope and pray for the last time.”

Mascara says this decision lifted a heavy weight off the shoulders of the sheriff’s office. “Sgt. Morales will never be back. We’ll always have that void, but we have some closure today for us and the family. God bless the Morales family and everyone who was effected by this tragedy,” Mascara said.

Both families listened to Tisdale’s final effort to convince a just to give him a life sentence Friday, in his first time speaking out through the entire trial and sentencing.

“I want to say to the Morales family that I am truly regretful for being responsible for the pain they have today,” Tisdale said.

He also tried to paint a picture that he was in fear for his life when he shot Morales. “No man was there to know what was in my heart, to know what I had in my eyes, and the feeling I had in my chest on February 28, 2013,” Tisdale said.

Chief Assistant State Attorney Tom Bakkedahl discredited Tisdale’s comments. “I fully expected that. Being the pseudo-intellectual philosopher that he is, why didn’t he get on the witness stand and say that,” Bakkedahl said.

Tisdale also expressed his thoughts on a need for new laws that will give law enforcement officers stricter punishments for shooting citizens.

Tisdale’s mother, Charmaine Tisdale, also shared that thought. “We are here because of fear. Because of no dash cams, body cameras. If my son had been killed, Gary Morales would have been put on paid administrative leave, the outcome justified,” Tisdale said.

Charmaine spoke about her son’s maturity over the last few years, saying that he is better educated, more religious and more spiritual.

Tisdale told the court he wants other young men to learn from his experience. “I want to tell other young men out there on the streets to follow peace. See the next man not as a man but as yourself,” Tisdale said.

He left, headed to death row, showing his family that he was still optimistic about his future. “My future lies not in man’s hands, but God’s hands, the creator of all man kind.”

The case will automatically go through the appeals process. Bakkedahl predicts many appeals over the years.

There are still questions surrounding if the judge’s decision will be upheld as constitutional, given Florida’s new death penalty laws.