'It’s just something that I’ve never seen anywhere else,' says a resident 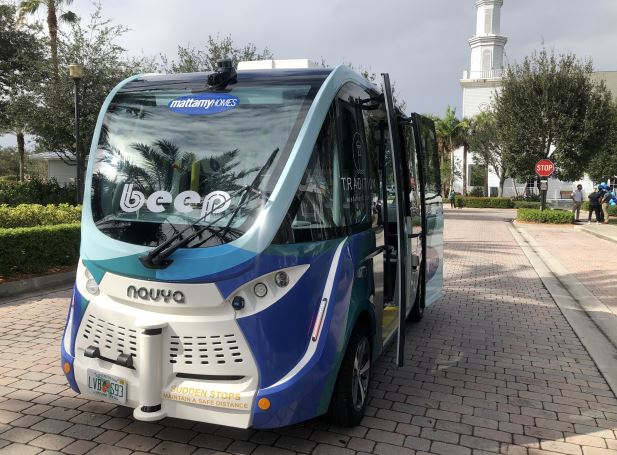 Mattamy Homes has partnered with Beep to connect all of the area's neighborhoods, shopping centers and other services within the Tradition Trail. 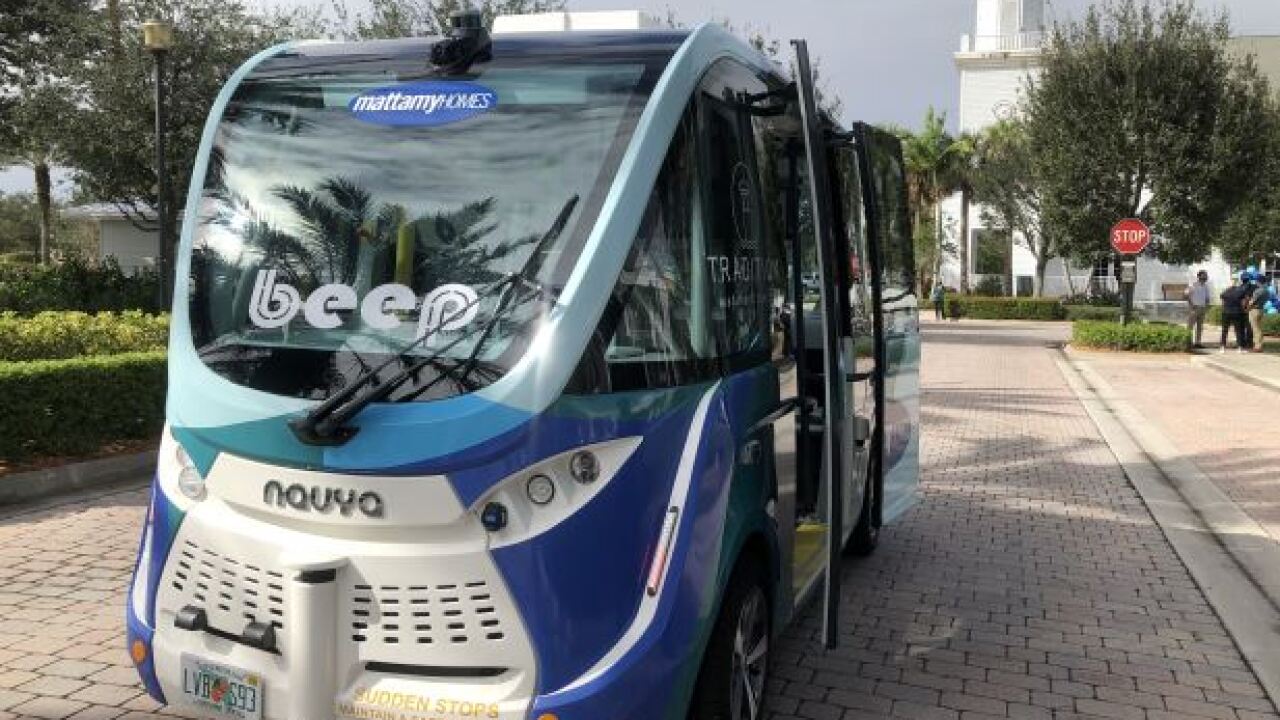 On Friday, Beep, an autonomous shuttle provider gave the public a preview of a new partnership in Port St. Lucie that will officially roll out next month.

The company said the shuttle will not only prove convenient, it will also give people a sense of community.

Jaime Vargas has watched the community of Tradition grow. And he's got one of the first looks at a new way to get around 20-miles of land to cover.

Mattamy Homes owns over 5,000 homes and commercial properties in Tradition and recently partnered with Beep to provide a driverless service as a way to connect all of the area's neighborhoods, shopping centers, and other services within the Tradition Trail (T Trail) system. A first for South Florida.

”People have a lot of choices. They could live in any part of suburbia - they could live in all different types of home choices, but we’re trying to make ours unique and different. That old town feel where people know each other. Share time with each other and not just stay behind their doors,” said Dan Grosswald, Mattamy Homes southeast Florida division president. “By using the autonomous shuttle and the trail we’re able to create that linkage in an easy way for people to share time together.”

CEO and president of Beep. Joe Moye said there are also very sophisticated lidar sensors that know if a vehicle, bike, person - whatever it is, moves in front of it.

”The vehicle can literally see everything that’s going on completely around it. Front, sides, and back,” said Moye. ”We map the exact the route these shuttles are going to be on. it’s then monitored and managed with a dedicated global network satellite antenna which keeps it on that exact route they never deviate more than 2 millimeters from that route that they’re driving on.”

Moye adds regulation requires that an attendant will be on board for about 12-months. There are also COVID-19 precautions in place to include a maximum of six passengers. More can be found, here.

On Saturday, a VIP event will be held with elected officials and other leaders. They will be able to ride the shuttle and share input. Routes are still being planned. The final rollout happens in December.