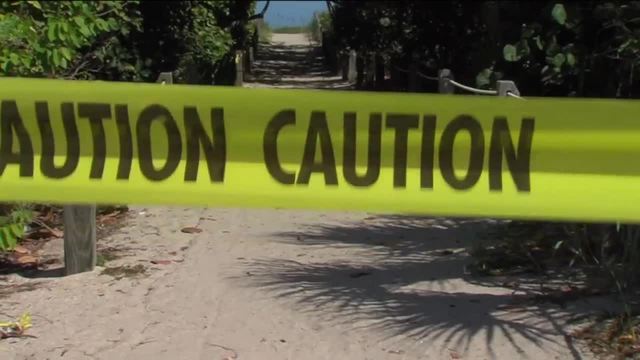 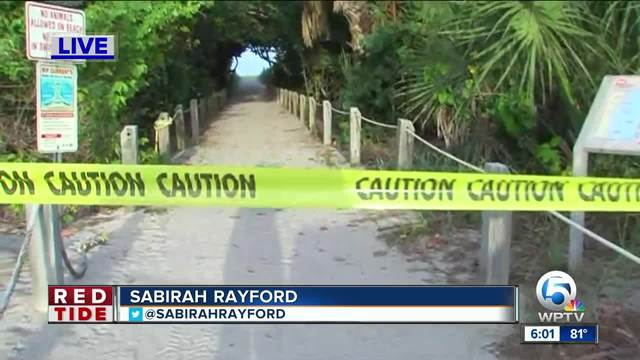 Yellow caution tape and dead fish is the view for beachgoers on North Hutchinson Island.

"There's a tickle in my throat and it's making me cough," Maya Stone said.

Like many, Monday Stone was turned away from Pepper Park Beach after signs of red tide popped back up.

"These beaches were open like just yesterday and it was okay so we were doing research so we came here for it and it's still closed," she said.

Initially, David Hodge and his wife traveled from Jacksonville to Sebastian. Once red tide covered those beaches they moved farther south only to find more red tide woes.

"Ya I don't think we'll be going fishing this week," Hodge said.

"Basically if anybody tries to go through we go and tell them hey the beach is closed," Lieutenant Grayson Money said.

He says they are working to keep the beaches clear. Money says Monday morning they quickly noticed signs of red tide in the area.

"The first thing we discovered was all these fish that were dead all over the beach we were coughing so hard that we couldn't even take it," he recalled.

Money is hoping the current will push it away from Pepper Park Beach.

"We'll find out I guess day by day each morning what's going on out here and take it from there," Money said.