Bird's-eye view of algae across the St. Lucie Estuary and Lake Okeechobee 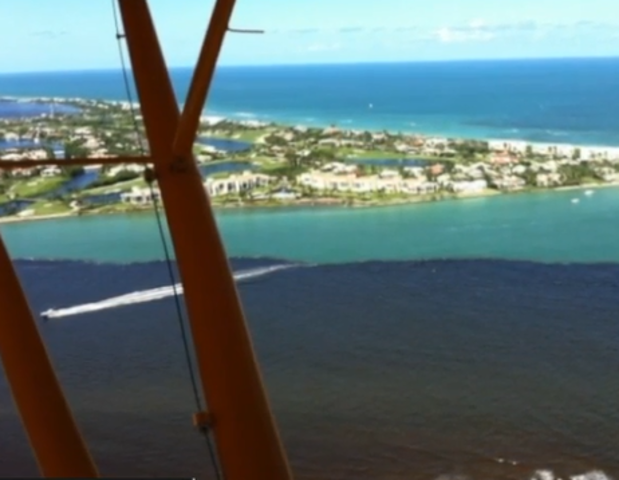 Whether it’s lime green streaks, a light green sheen, or clumps of algae along the shore, people who live in Martin County are continuing to see the worrisome sight of potentially toxic algae across the St. Lucie Estuary. 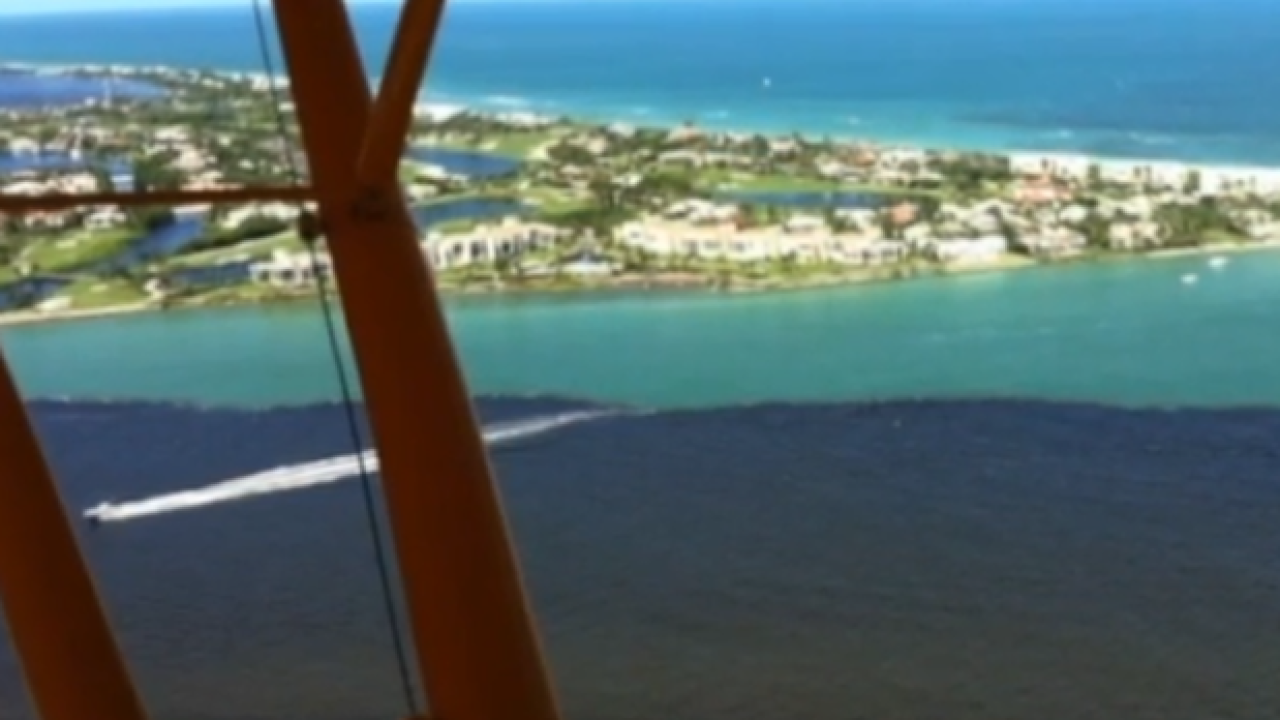 Whether it’s lime green streaks, a light green sheen, or clumps of algae along the shore, people who live in Martin County are continuing to see the worrisome sight of potentially toxic algae across the St. Lucie Estuary.

It’s what many Treasure Coast residents feared would emerge in the waterways, after long periods of heavy rainfall, nutrient-rich runoff, and ultimately, water releases from Lake Okeechobee.

Most people have a perspective from the ground of the current conditions.

The Lippisch family takes to the skies to get a different, broader perspective.

“You never know what you’re going to see when you get up there,” said Jacqui Thurlow-Lippisch, a former mayor of Sewall’s Point and an advocate for the environment.

Her husband, Ed Lippisch, is a pilot.

After living in the area the majority of her life, she said 2013 was an unsettling year. The algae blooms were some of the worst she had ever seen, at the time.

“I was like, oh my gosh, this terrible 2013 lost summer. We were getting totally trashed. I need to get my courage up and get in that airplane, fly around and take pictures,” Thurlow-Lippisch said.

Since 2013, she has made a point to fly and take pictures whenever releases begin from Lake Okeechobee.

“You have to go up consistently over the years to get that prism of what is happening,” Thurlow-Lippisch said.

In 2013, she captured dramatic images of dark, nutrient-laden water against clear, green water not far from the St. Lucie inlet. It’s a photo that still sticks with her today.

“We went up in bright sunlight in the middle of the day, and we saw the dark water, I mean like black, in the St. Lucie Inlet, juxtaposed to that green water and I just remember I started to cry,” Thurlow-Lippisch said. “And I’m a patriotic person, to the max. You’re thinking, the United States of America? This can’t be happening. The federal government putting algae-laden water into our communities? With no warning? This couldn’t be happening here. It’s happening here.”

2016 was the next year her pictures starting showing more devastating toxic algae blooms.

“It cannot remain like this for the rest of our time here. It cannot,” Thurlow-Lippisch said.

Wednesday, her husband took new photos for her to add to her collection.

WPTV joined along on a flight, spotting algae in Lake Okeechobee, through the entire C-44 canal, up to the St. Lucie Locks and into the St. Lucie River. We spotted algae near the Roosevelt Bridge in Stuart and east of the bridge. Much of the water closer to the inlet, on an outgoing tide, was foamy. A darker plume could be seen extending into the ocean and south toward Peck Lake.

Thurlow-Lippisch hopes her pictures will continue to push for solutions.

“A picture speaks a thousand words. It was how I grabbed the attention of important politicians...when they saw the pictures, they actually wanted to help."

Thurlow-Lippisch believes she’s taken nearly 12,000 pictures over the years, showing them to possibly thousands of people.