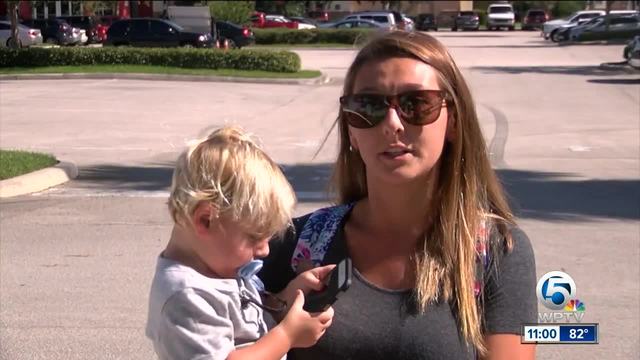 A St. Lucie County mom says a local gym with a childcare center lost track of her child until he was found wandering a parking lot in the rain. 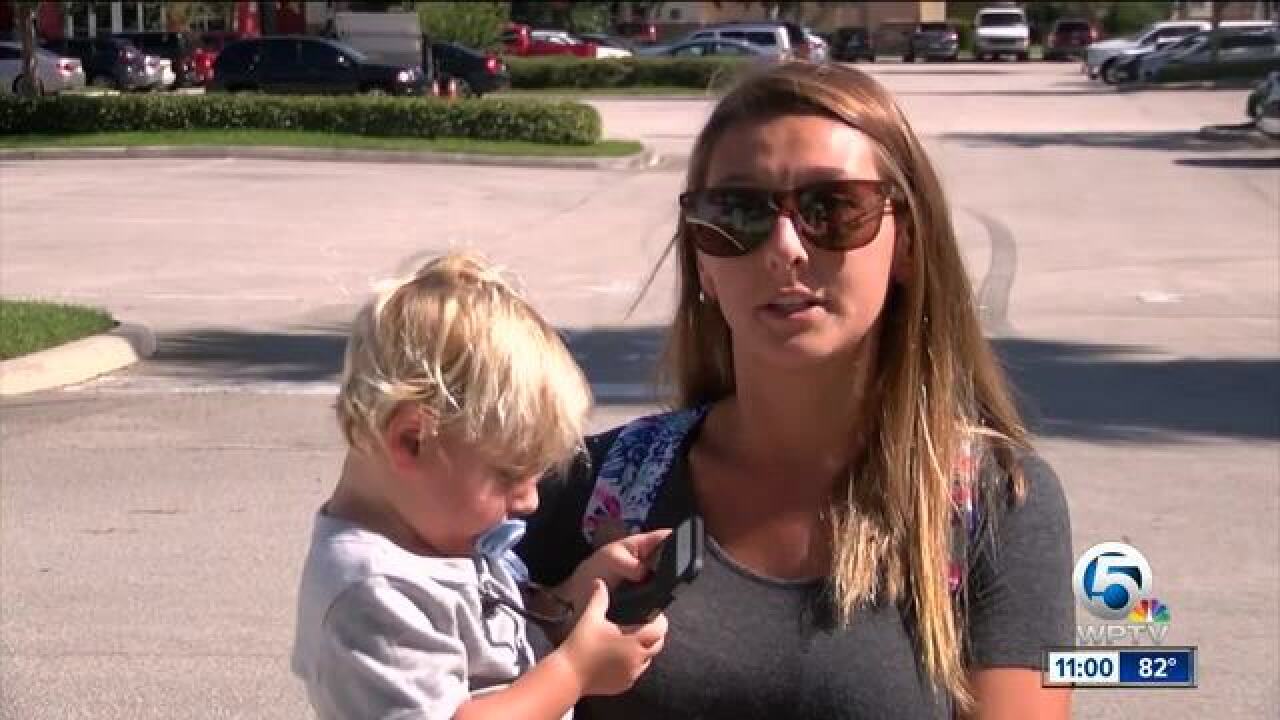 If you have children, you know even just seconds of not knowing where they are can be frightening.

A St. Lucie County mom says a local gym with a childcare center lost track of her child until he was found wandering a parking lot in the rain.

Now, that gym is making changes.

Aly Meyer said she visited the LA Fitness in Tradition to consider purchasing a membership.

LA Fitness has a child care program, which is a big selling point for parents.

Meyer said the staff encouraged her to let her son, William, play in the kids supervised area while they took a tour of the facility.

She was reluctant but said it was a nice play area.

“I never leave him with anyone ever besides my mom and mother in law.”

During the near 30-minute visit, she said she was able to peek in on him a couple of times while he was playing.

Toward the end of the tour, she said it started storming. She was given a 5-day trial pass and was going to come back another day to work out.

She went to get William to head home.

“I'm like, 'he’s outside?' I say to the girl, and she’s like, 'no he’s not.' She gets up, and she’s looking and gets in the little jungle gym thing, and then she goes in the bathroom, and I see her panicking.”

William was outside, after all.

“I'm about to run out the door to go look for him, and in comes another girl who works there and he’s soaking wet,” Meyer said. “I just grabbed him from her, and she goes 'oh he’s your son?' And I’m like, ‘yes!' And she goes, ‘oh, we found him out in the parking lot,' ” Meyer said.

Meyer didn’t know how long he had been outside but worried he could have been hit by a car.

She contacted the police. Tuesday, Port St. Lucie Police met with the manager. Police say management told them William likely got out through a fire exit door. The alarm wasn’t working, and they do not know how a 19-month-old could open the door. Police said management believes the door wasn’t closed all the way, possibly someone went out the door previously.

Now, police said the gym has fixed the alarm, checked the door’s latch and they are installing a camera in the children’s play area.

Police say they will also refer the case to the Department of Children and Families. However, police say the child care area at the gym is not held to the same requirements as a licensed daycare facility. Police say DCF would view it more like a babysitter.