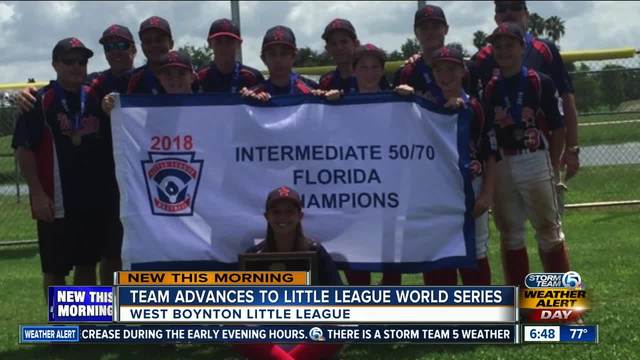 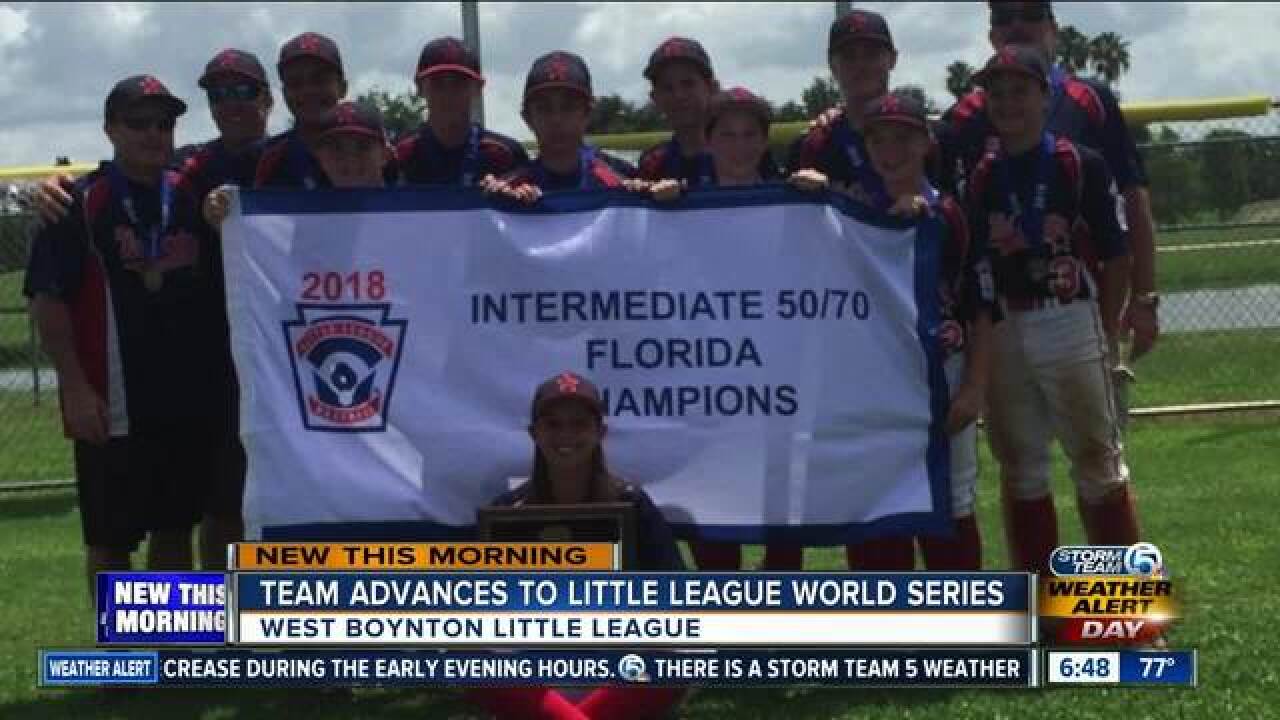 The West Boynton team had been defeated by the same Virginia team on Friday but battled back this weekend to win four straight games.

They team will now head to the Intermediate 50/70 Baseball World Series, which will be held July 29 to Aug. 5 in Livermore, Calif.

Little League Intermediate 50/70 Baseball is comprised of children 11 to 13-years-old.