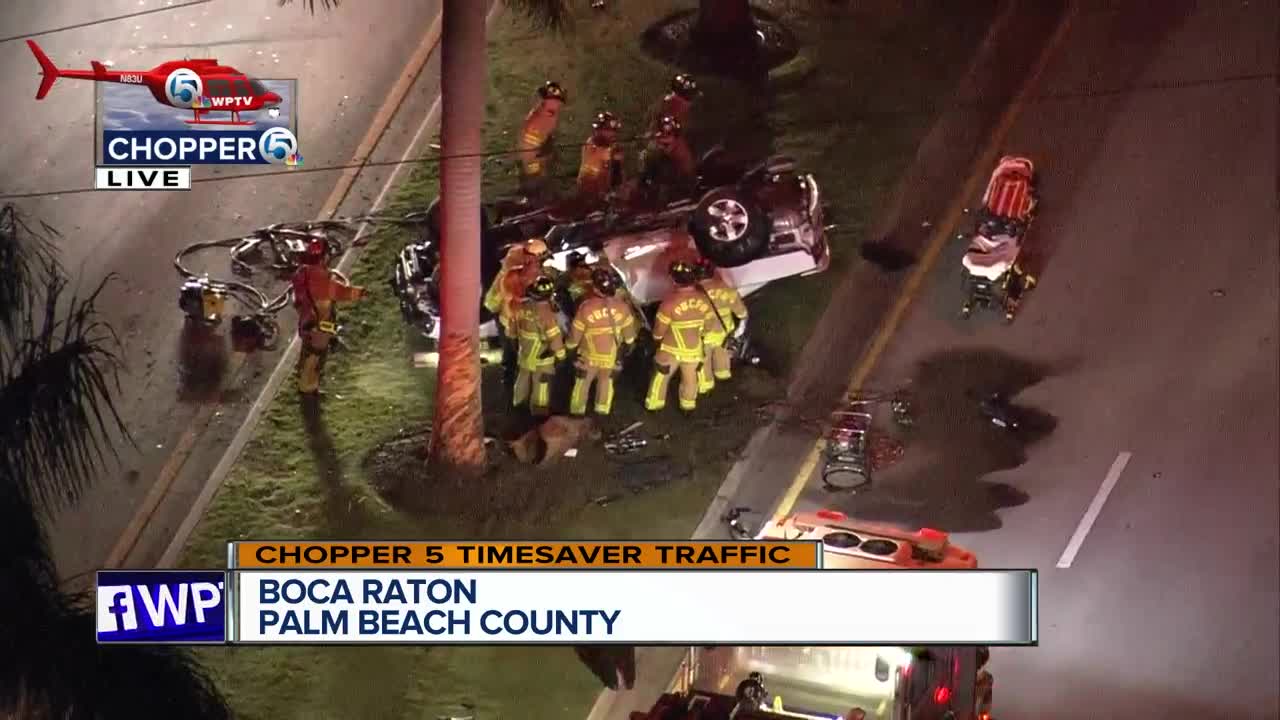 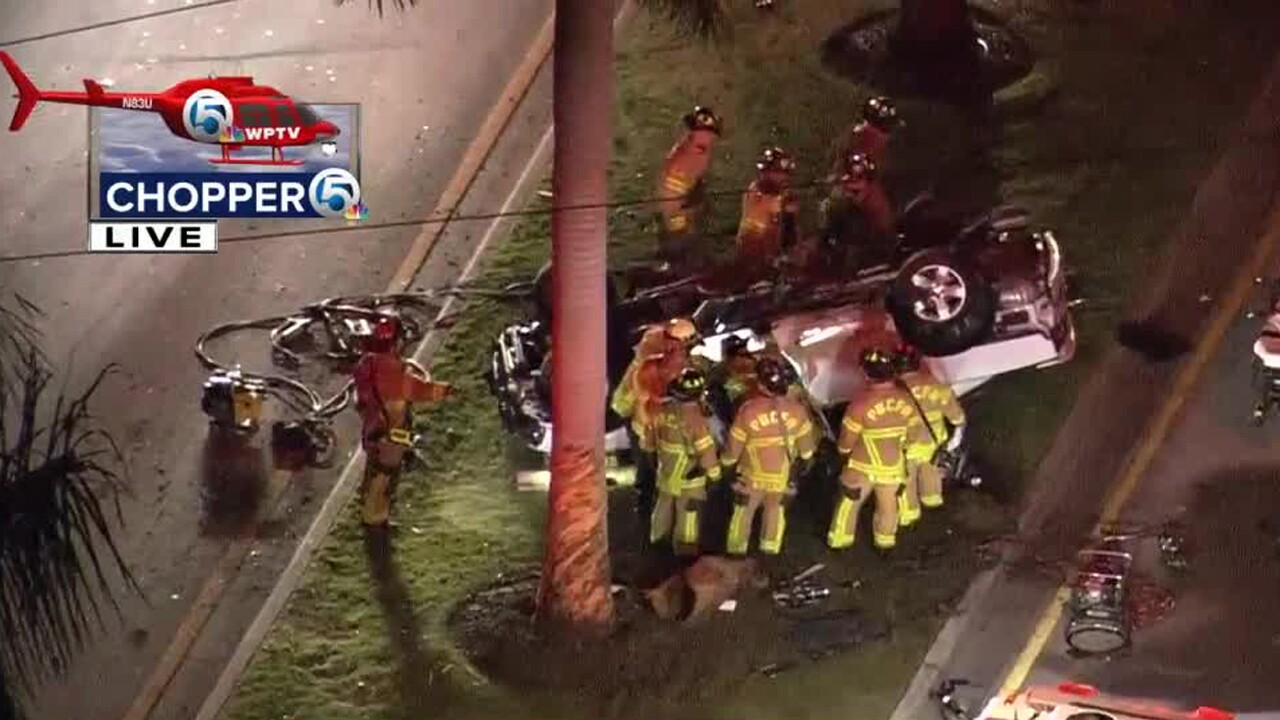 Chopper 5 flew over the scene just after 6 a.m. and spotted multiple firefighters at Powerline Road near SW 18th Street.

The Palm Beach County Sheriff’s Office said a Dodge Charger was traveling northbound on Powerline Road from SW 18th Street within the inside lane at 5:42 a.m.

The front driver side tire struck the median curb and the driver lost control. The car went into the grassy median and began rotating clockwise. The driver-side door struck a palm tree and rolled over onto its roof, said PBSO.

Crews remained on scene to mitigate the fuel leak from the vehicle.