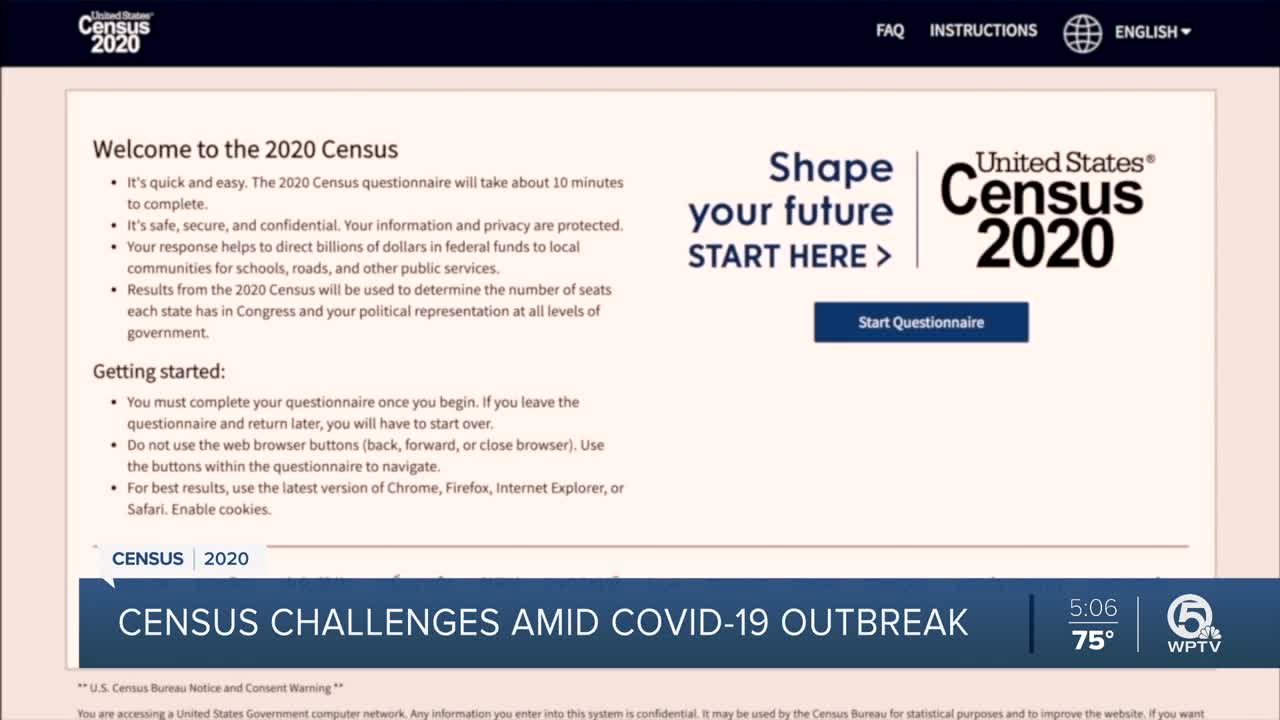 The April 1 deadline to respond to the 2020 U.S. Census is here, and the U.S. Census Bureau reports that Florida and parts of South Florida are either around or below the national average response percentage of 35 percent. 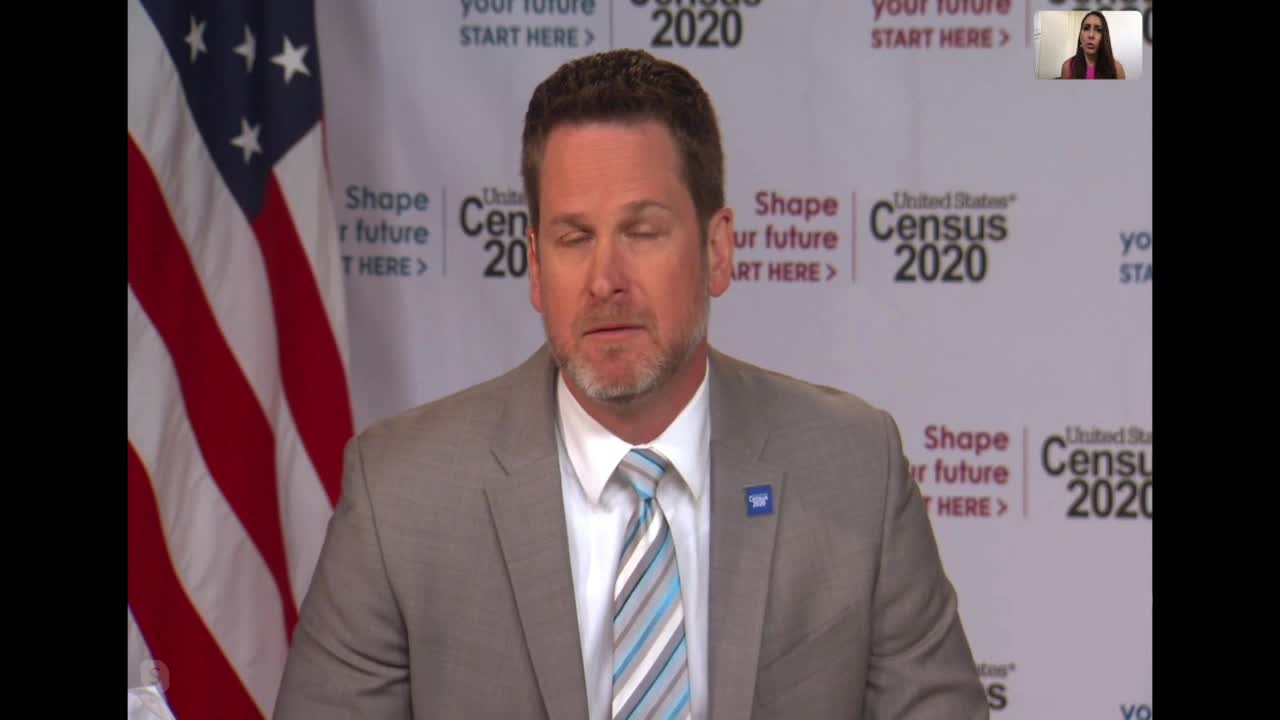 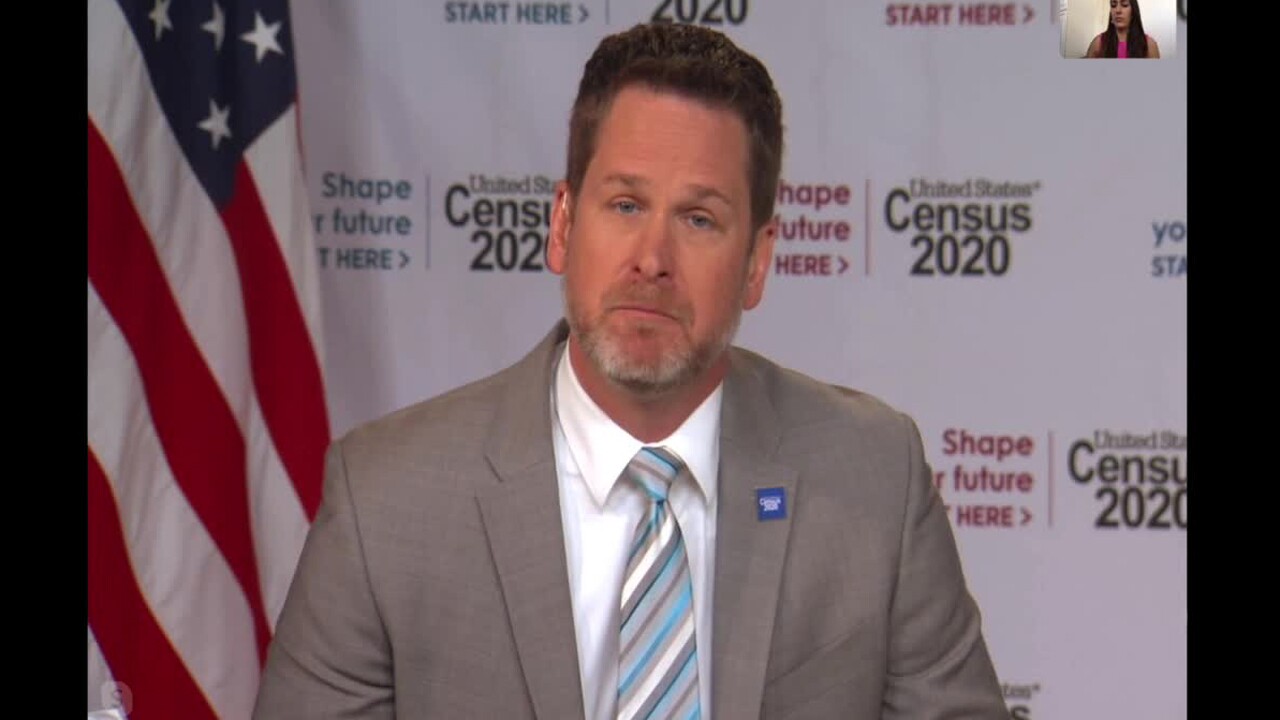 PALM BEACH COUNTY, Fla. — The April 1 deadline to respond to the 2020 U.S. Census is here, and the U.S. Census Bureau reports that Florida and parts of South Florida are either around or below the national average response percentage of 35 percent.

"There are certainly a lot of challenges that I think everyone is trying to come onto grips with in terms of COVID-19 and everybody trying to practice social distancing. We at the Census Bureau are doing the same," said Stephen Buckner, the assistant director of communications for the U.S. Census Bureau.

For the second time, the U.S. Census Bureau has postponed field operations where a census taker would go door-to-door to collect answers in person from households that have not responded to the questionnaire. Right now, those operations have been postponed till mid-April.

"The good thing about the census is that it's all about you and the American public going in and responding either online, by phone or by paper," said Buckner.

You can respond by going to My2020Census.gov, enter the 12-digit census ID that was mailed to you and the complete the questionnaire in 10 minutes or less.

"It's really important too for you and your community based on what the census really represents, which is your political representation in Congress, but also more importantly federal dollars coming back to state and local communities every single year for schools, roads, bridges, hospitals and day care centers," added Buckner.

Buckner also mentioned that the more people who complete the census now, the less households census takers will have to follow up with once those field operations can resume.

If you prefer to respond by mail rather than online, starting April 8 the Census Bureau will mail out questionnaires to all households that have not responded.

To view the response rates in your county, click here.