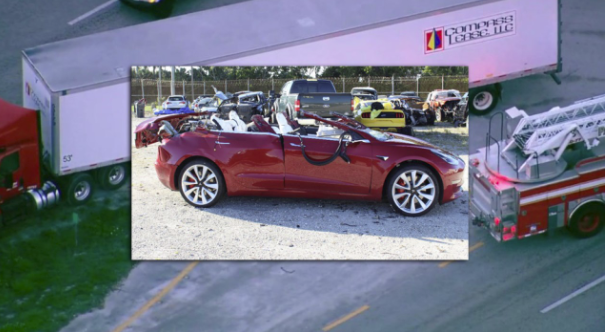 Federal investigators have released new details about a deadly crash in suburban Delray Beach earlier this year that sheared off the roof of a Tesla. The wreck happened around 6:15 a.m. on March 1 in the 14000 block of S.R. 7, north of Atlantic Ave. 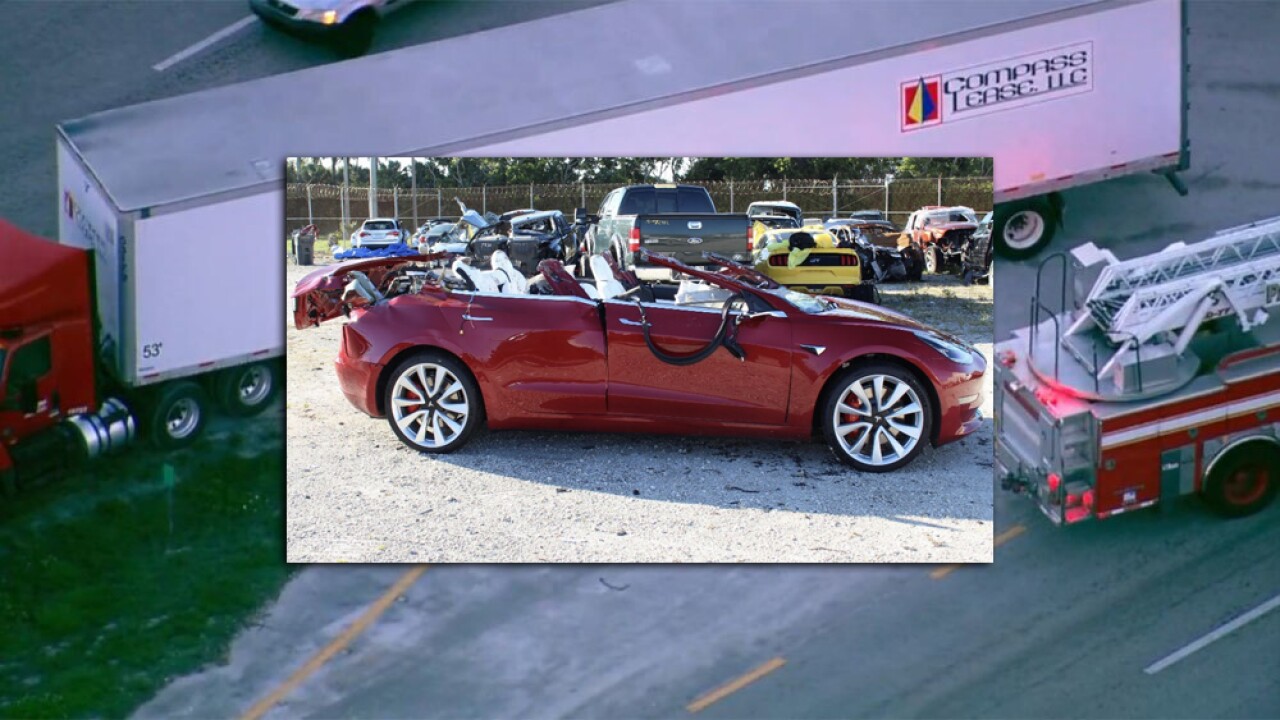 PALM BEACH COUNTY, Fla. — Federal investigators have released new details about a deadly crash in suburban Delray Beach earlier this year that sheared off the roof of a Tesla.

The National Transportation Safety Board said a 2018 Tesla Model 3, driven by 50-year-old Jeremy Banner, was in autopilot mode when it collided with a semi truck.

NTSB investigators said Banner turned on the autopilot feature about 10 seconds before the crash, and the autopilot did not execute any evasive maneuvers to avoid the collision.

The Tesla was traveling 68 miles per hour at the time of the crash, according to the NTSB.

The Palm Beach County Sheriff's Office said the tractor trailer pulled into the path of the Tesla, and the Tesla's roof was sheared off as it passed underneath the semi. Banner died at the scene.

Tesla said in a statement Thursday that Banner did not use autopilot at any other time during the drive before the crash. Vehicle logs showed he took his hands off the steering wheel immediately after activating autopilot, the statement said.

Tesla also said it's saddened by the crash and that drivers have traveled more than 1 billion miles while using autopilot.

"When used properly by an attentive driver who is prepared to take control at all times, drivers supported by Autopilot are safer than those operating without assistance," the company said in a statement.

The NTSB said its investigation is ongoing.