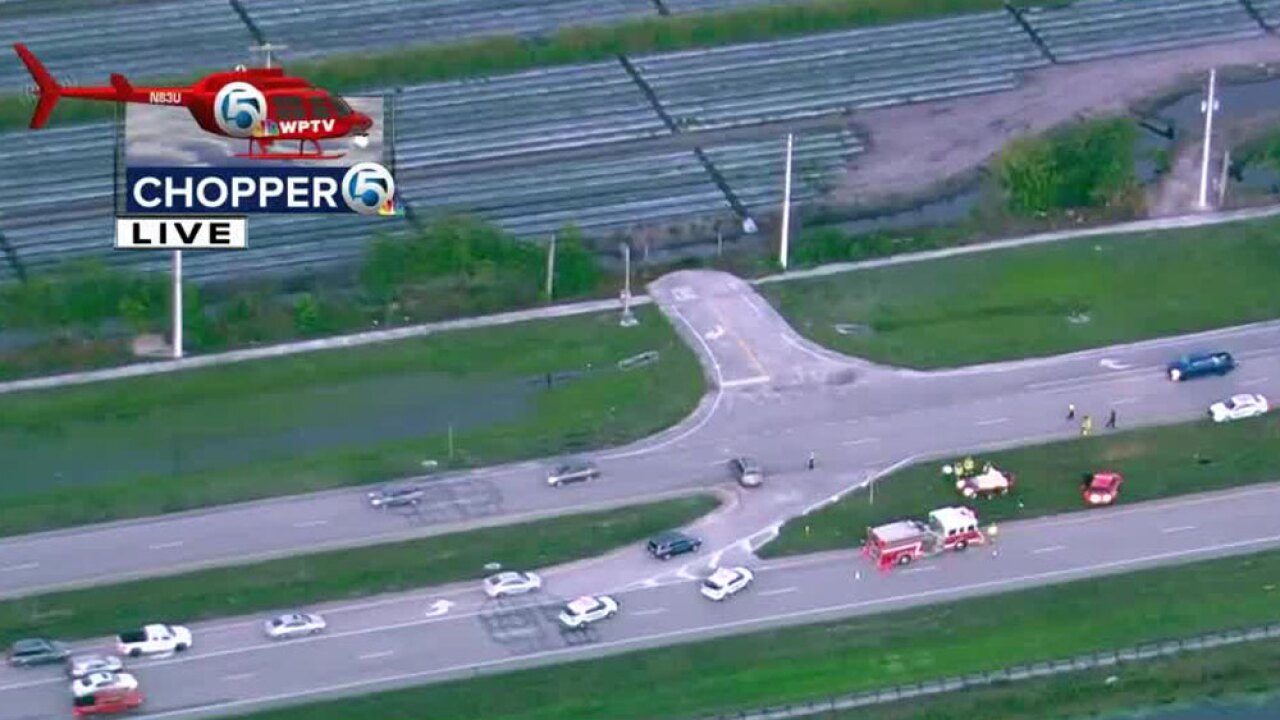 The driver of a Tesla 3 died when the roof of his car was sheared off after colliding with a semi Friday, according to the Palm Beach County Sheriff's Office.

The crash happened just before 6:30 a.m. on State Road 7 north of Atlantic Avenue.

The tractor trailer pulled into the path of the Tesla which was heading south at the time, PBSO said.

The car struck the driver side of the trailer losing its roof as it passed underneath, a sheriff's office report stated.

The driver, identified as 50-year-old Jeremy Beren Banner, died at the scene, according to PBSO.