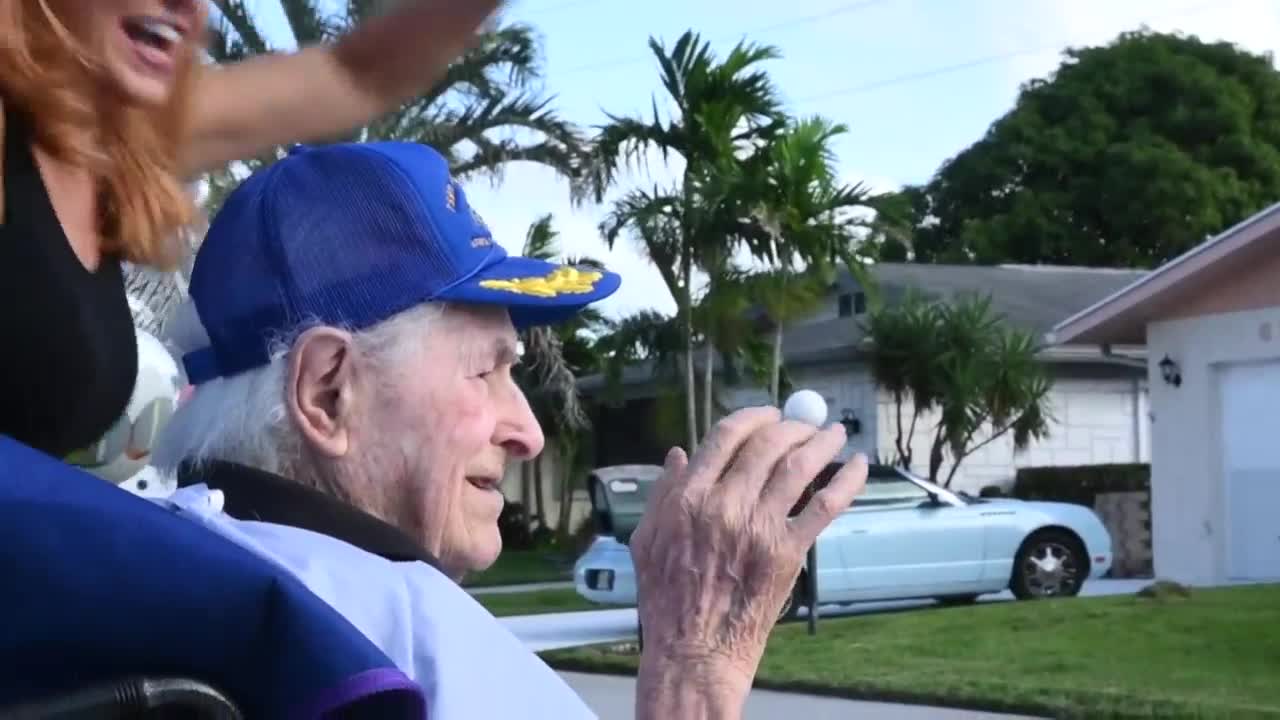 D'Allesandro moved to New York from Italy at the age of 16 to build a better life.

He served in Algeria during World War II as a sergeant before moving back to the United States to work on railroads.

"It really took me back," Carol D'Allesandro, his youngest daughter, said. "People I don't even know, when they heard his story, that he was a vet, were just calling and texting and they were saying, 'We want to be a part of it.'"

At the parade were motorcycles, cars and even a Humvee.

So what's his secret?

"Eat whatever you want," D'Allesandro said. "That's what I did."

Carol said when her father saw the parade, he told her it will be a celebration that he remembers for the rest of his life.

"I thought it was wonderful, really wonderful," he said.