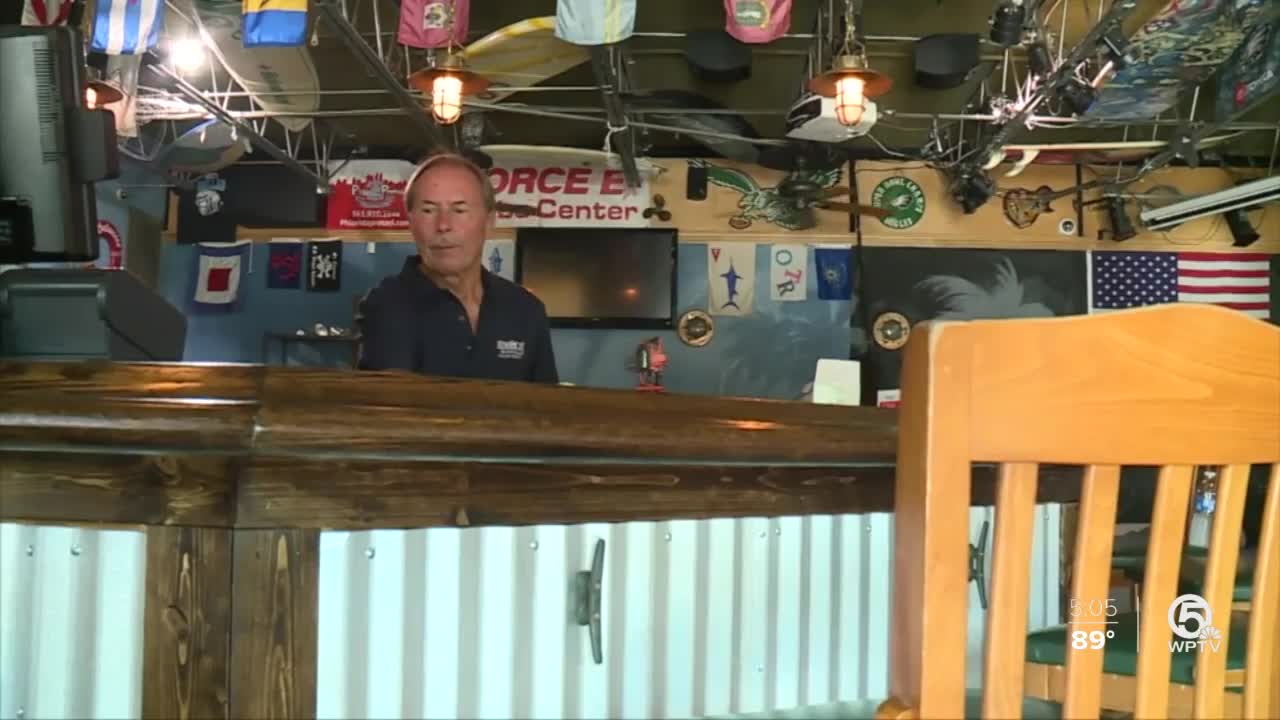 Chairs and tables remain piled up in the corner at Hurricane Bar &amp; Lounge in Delray Beach on Tuesday as the owners wait to find out when they may be able to reopen. 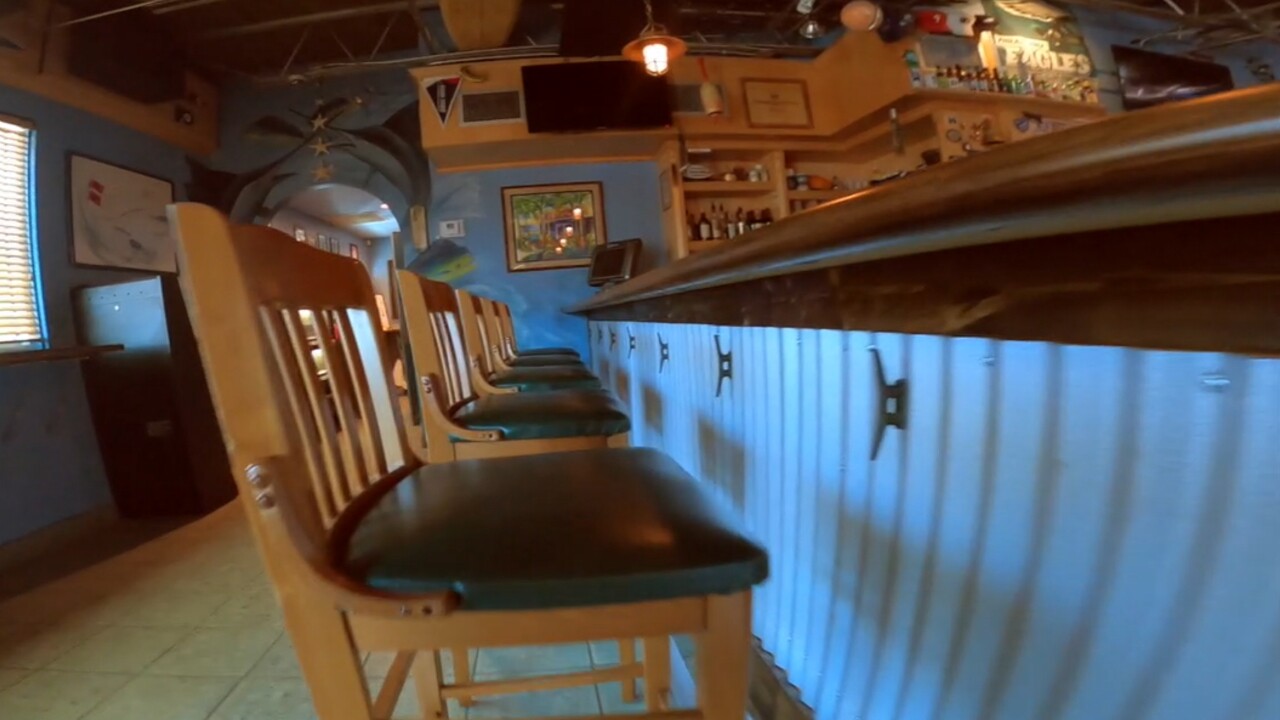 DELRAY BEACH, Fla. — Chairs and tables remain piled up in the corner at Hurricane Bar & Lounge in Delray Beach on Tuesday as the owners wait to find out when they may be able to reopen.

Standalone bars are not included in Palm Beach County’s request to join Phase Two of Florida's reopening plan, and bar owners said the most frustrating part is not having a date set for when they may be able to open.

"It's kind of devastating to the employees, to us as owners, the investments, the cost of doing business on the avenue, and not having an income to go with it," said Edward Buxton, the owner of Hurricane Bar & Lounge.

Buxton said he's tried to reach out of Sheriff Ric Bradshaw to learn exactly what his concerns are about bars opening while protests are ongoing.

At a news conference last week, Palm Beach Mayor Dave Kerner said county leaders are concerned about people consuming alcohol at standalone bars, then going out and joining protests that are happening in the wake of the police-involved death of George Floyd in Minneapolis.

"We haven't been open during the demonstrations, during the pandemic. So if there is a problem, I guess we are not contributing to it," said Buxton.

Delray Beach Police Chief Javaro Sims released this statement to WPTV about protests in the city:

"I haven’t personally seen any issues with alcohol during the protests, but standalone bars can possibly contribute to the possibility. So I do stand along with what the sheriff is saying. I think we want to try to negate the possibilities of putting a situation in place that could be hazardous to the city and also to the establishment."

"I’m pleased that we have only experienced non-violent protests in Boynton Beach. I fully support our community expressing their First Amendment right of freedom of speech and peaceful assembly. However, our experience certainly has not been the same for every city. We have not experienced widespread issues with intoxicated protesters."

"They don't really see what the distinction makes, and I have to say I agree with them" said Valeche. "You can go into a liquor store, and if you're going to get rowdy and go to a demonstration and act rowdy, you can go to a bar that has food served and get a drink."

Buxton said he hopes commissioners will discuss a timeline of when bar owners may be included if Palm Beach County is allowed to join Phase Two.

"If they give you a date, hopefully a reasonable date that you could open, you can work towards that," said Buxton. "We miss our friends and customers."