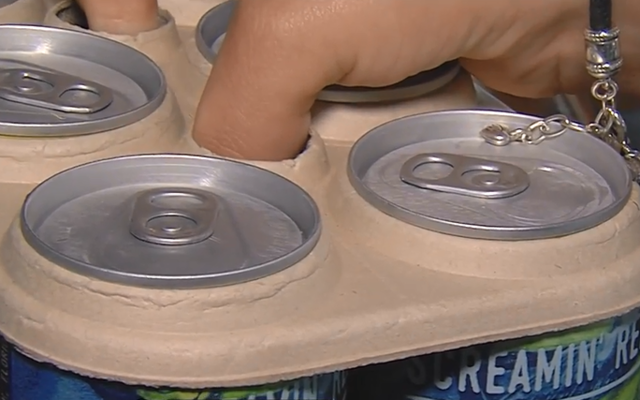 A local brewery is now manufacturing and selling its craft beer using eco-six pack rings to reduce the amount of plastic that is ending up in the ocean. 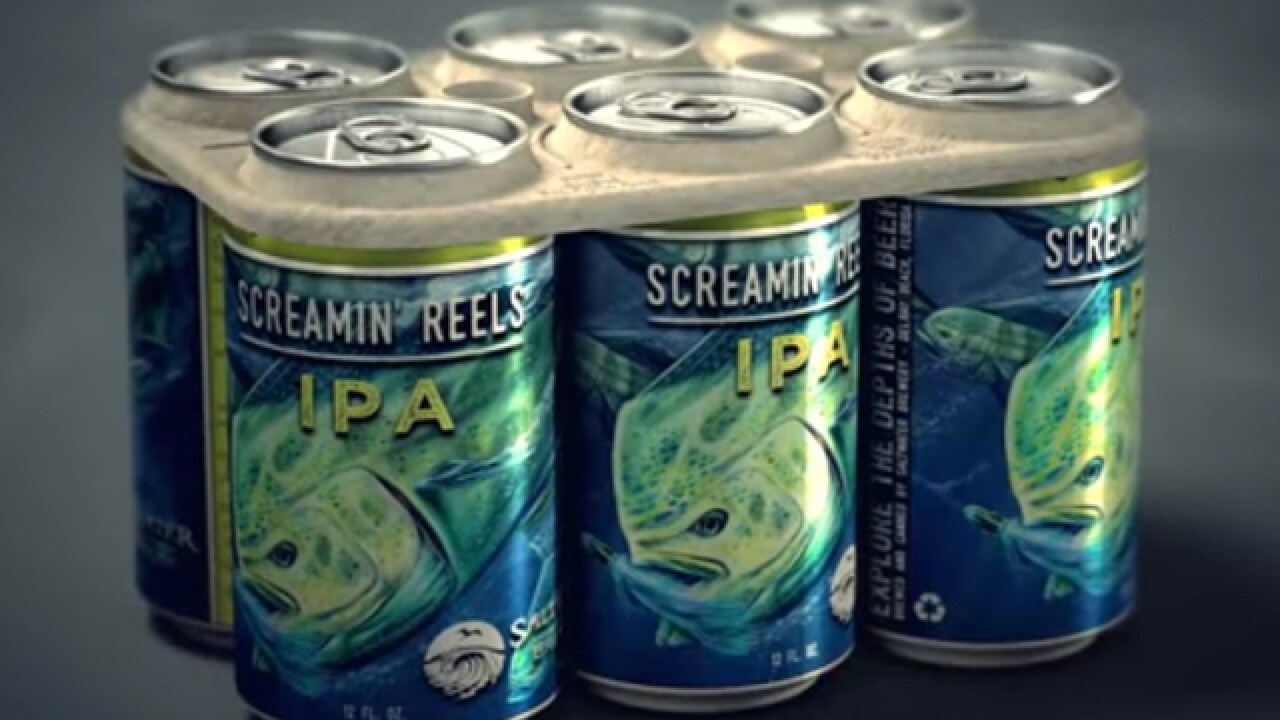 A South Florida brewery is now manufacturing and selling its craft beer using eco-six pack rings to reduce the amount of plastic that is ending up in the ocean.

The edible six-pack rings can be ingested by sea turtles and other marine life without killing them. The rings are made of wheat and barley, and the makers of the rings designed them to replace the harmful plastic ones sea turtles get tangled with and eat in the ocean.

The sea turtle hospital at Loggerhead Marine Life Center has seen it all; sea turtles with amputated flippers, tangled turtles, and sick hatchlings, all injured or poisoned by plastic.

"One-hundred percent of our post-hatchling patients that enter the hospital here at Loggerhead have plastic in their stomach," said Katie O'Hara, Conservation Coordinator at Loggerhead Marine Life Center.

Saltwater Brewery in Delray Beach is now fully manufacturing and selling its craft beer with edible six-pack rings; if ingested by marine life, it won't kill them.

"I love the idea and the concept," said Thomas Canna.

"I'd be more inclined to buy a six-pack here than a local store with plastic mainly just for the concept. I'd feel better about it. I won't be deterred by the extra two dollars or dollar if that's what it is," said Canna.

Loggerhead Marine Life Center says 70 percent of the debris they clean up every month from the beach is made of plastic. They hope the trend to reduce production catches on.

"It's such a good step in the right direction," added O'Hara.

The sea turtle hospital is working on a program to partner with local restaurants to get them to reduce their use of plastics.