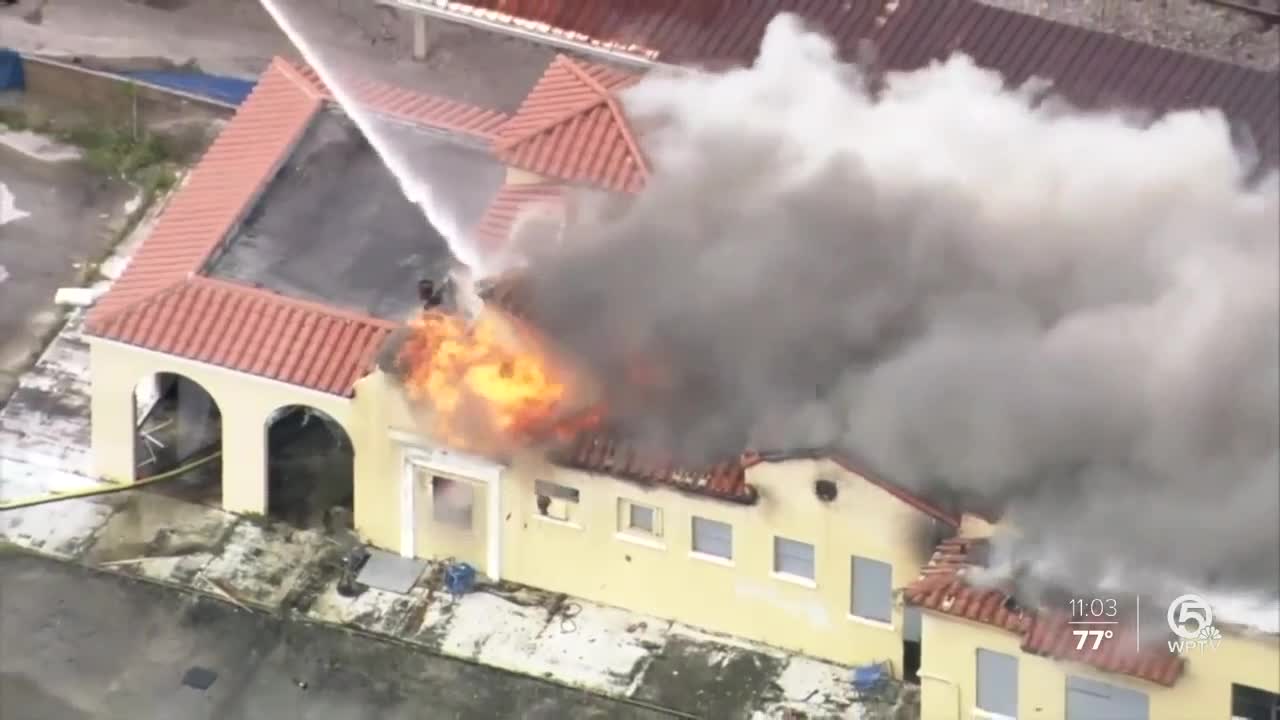 The old Delray Beach train station is a historic site for the city. 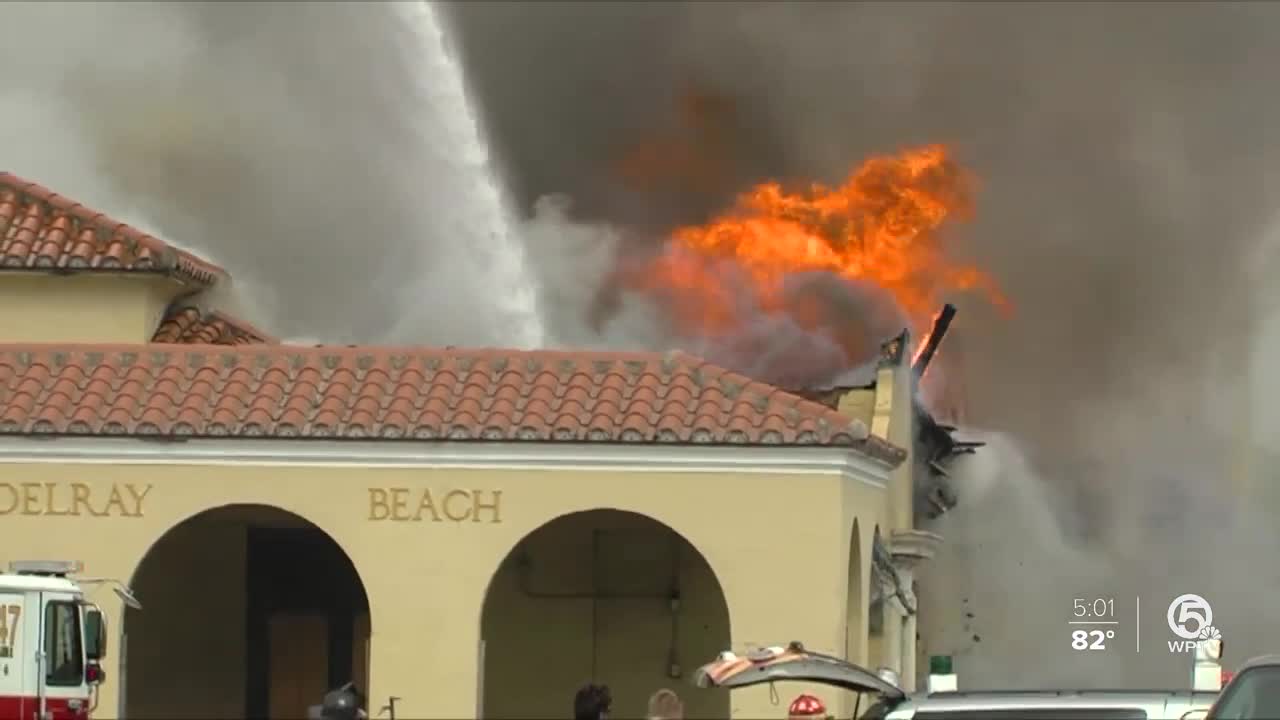 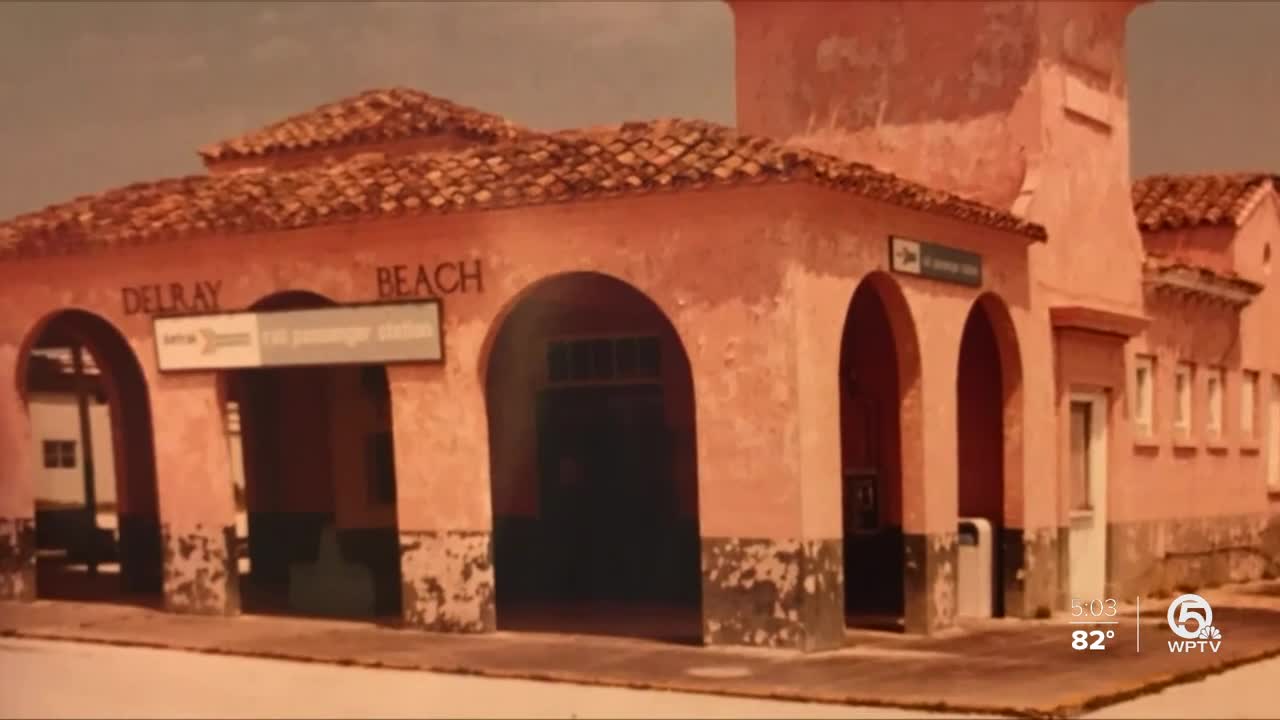 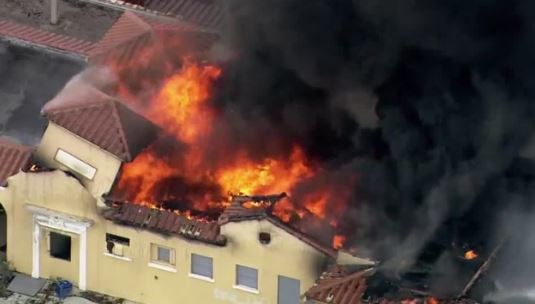 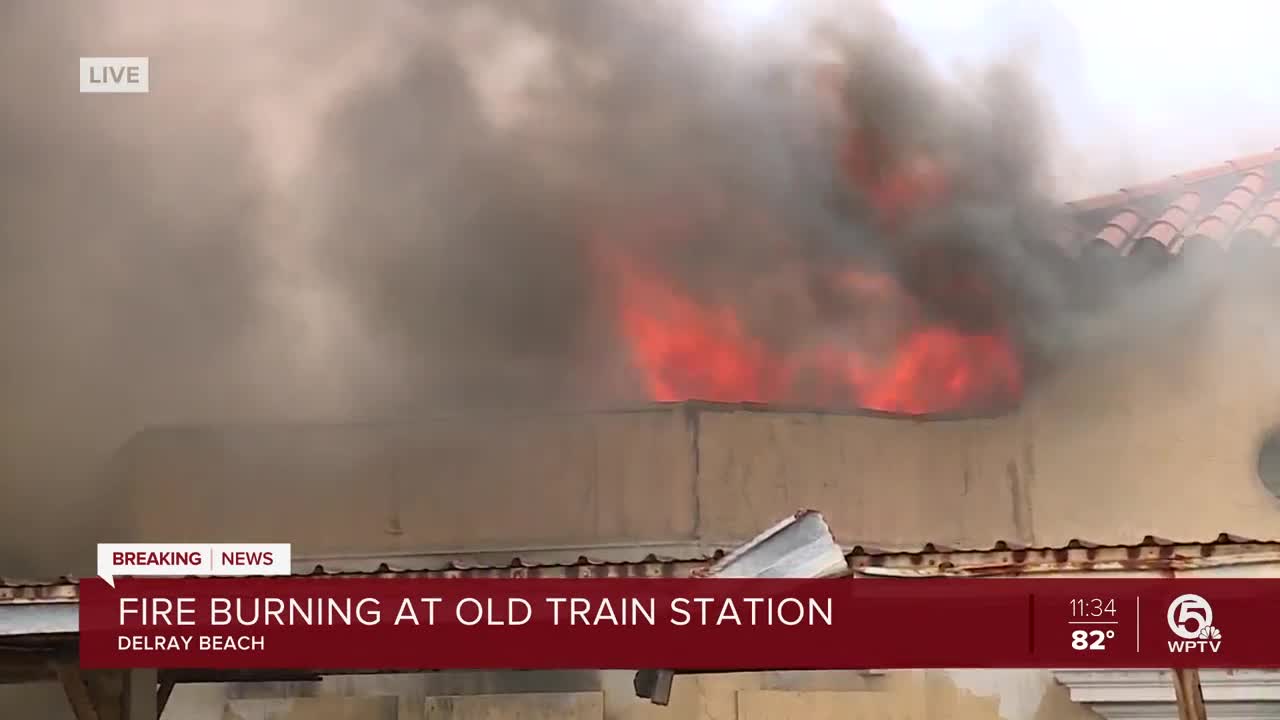 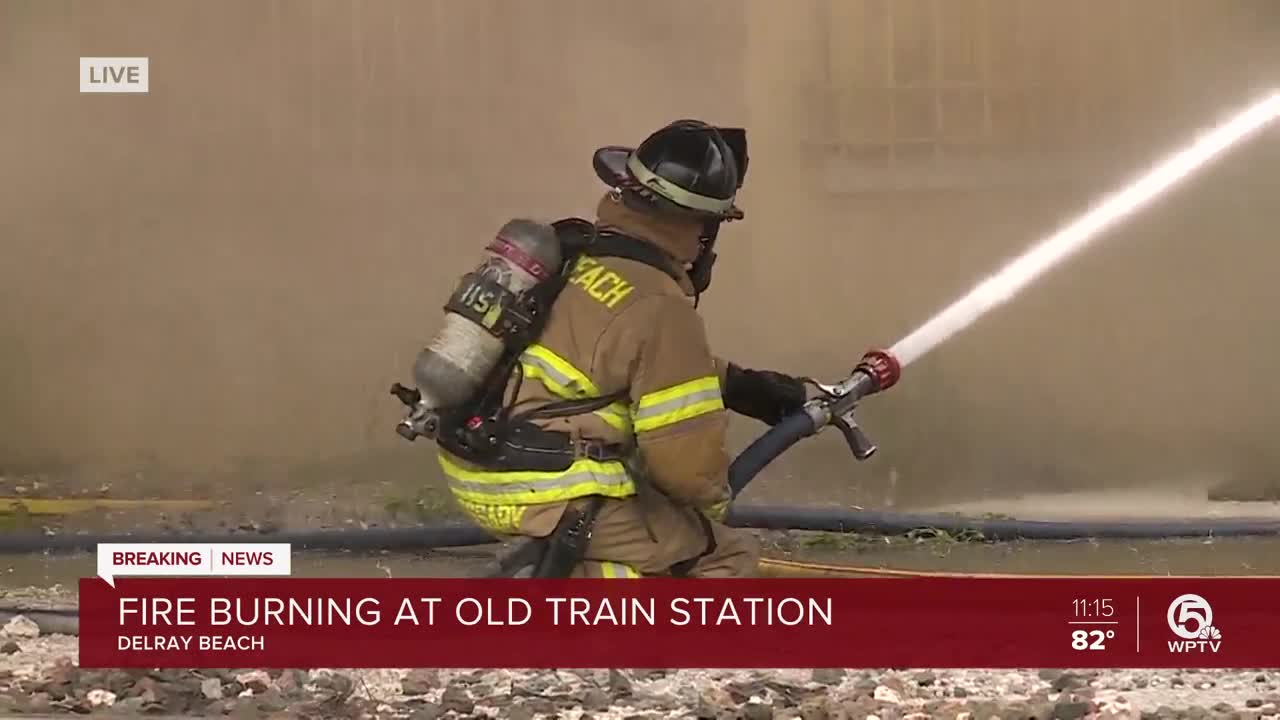 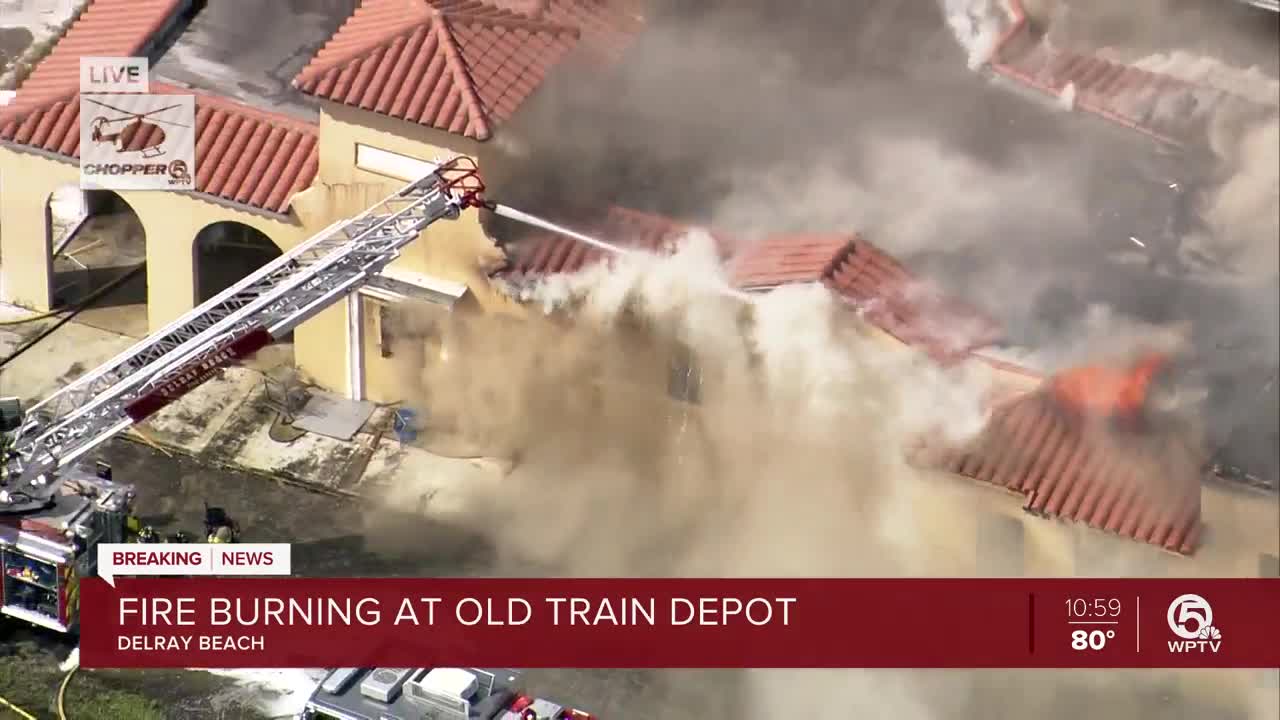 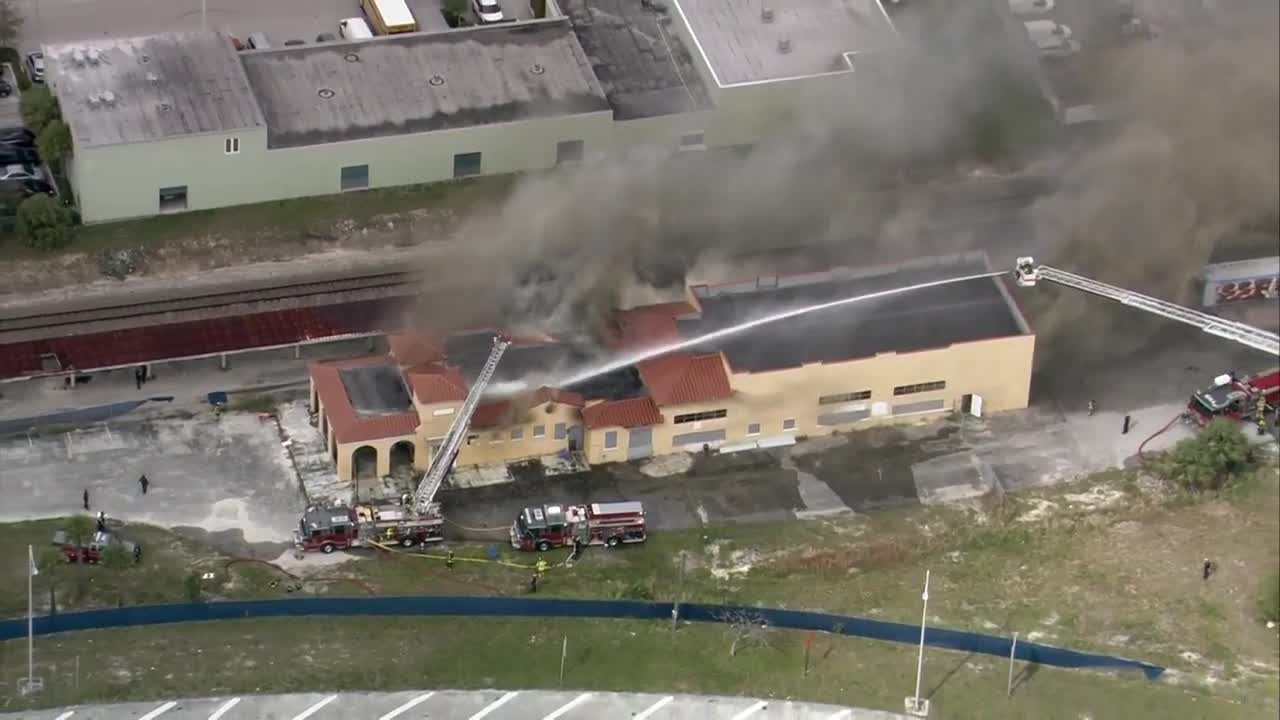 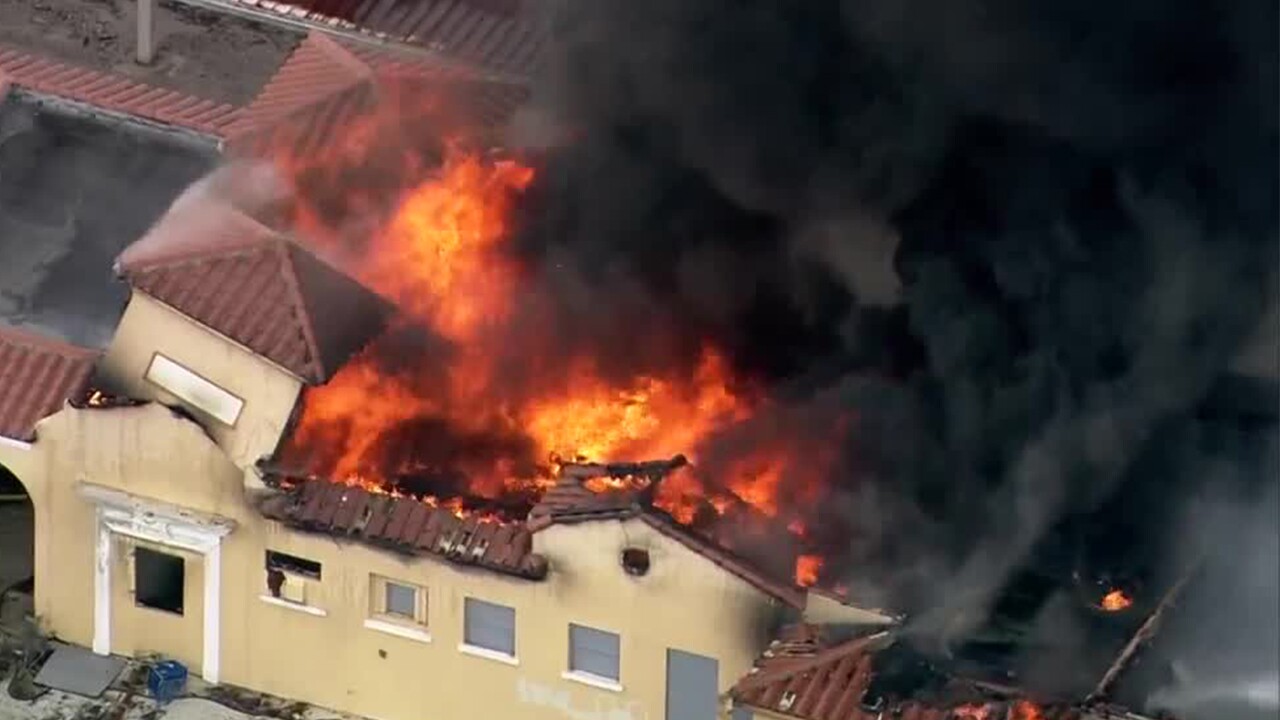 DELRAY BEACH, Fla. — Four underage students from Atlantic Community High School will be charged with burglary and arson after police say they started a raging fire at an abandoned train station in Delray Beach on Tuesday.

According to Delray Beach Fire Rescue, crews arrived on scene around 10:15 a.m.

Police said surveillance video from a nearby business showed four juveniles running from the scene.

The juveniles, aged 15 to 17 years old, were later identified as students from Atlantic Community High School in Delray Beach. They were taken into custody and transported to the Juvenile Assessment Center, according to police.

Authorities say the teens confessed to police that they started the fires inside the building and it got out of control, so they ran.

At least one firefighter was taken to the hospital with non-life threatening injuries, but he was released Tuesday afternoon to recover from burns to his neck and ears.

DBFR said the firefighter was knocked down by the force of the fire as he entered the building.

This was a pretty big fire, breezy conditions today so it did make the fire pretty big it took a while to fight it. When firefighters responded they did see heavy smoke and immediately began defensive operations to fight that fire,” said Moschella.

Tri-Rail train service was suspended in both directions for several hours on Tuesday while crews extinguished the flames, but operations resumed around 2:15 p.m.

WPTV crews at the scene saw firefighters attacking the flames from a variety of sides, using at least two ladder trucks and multiple hoses. It took more than two hours for them to get the fire under control.

“When it got going it was really bad you could hardly breathe,” said Mark Gledhill, who witnessed the fire. “It was a lot of smoke at first and then five minutes later it just ignited took off wood burning off the windows and hear popping and realized the tiles were cracking inside,” he added.

Smoke could be seen over a mile away, but at no point was I-95 shut down.

"It'll be interesting to find out what exactly was in that building that caught fire," said Moschella.

The train station, which is listed on the National Register of Historic Places, was built in 1927 and was in operation until 1991, according to police.

DBFR firefighters are working an active structure fire at an old train station on Depot Ave. Smoke and flames were showing when they arrived shortly after 10:15 a.m. pic.twitter.com/iihhZZaMRA

Firefighters have been fighting this fire for almost 2 hours. The train station is listed on the National Register is Historic Places. @WPTV @citydelraybeach @DelrayBeachFire pic.twitter.com/P7kY43PkFC

Firefighters ensured there were no additional hot spots Friday after successfully fighting a structure fire at a defunct Delray Beach train station. The fire started around 10:15 a.m. One DBFR firefighter was transported with non-life-threatening injuries. ⁦@PBCFR⁩ pic.twitter.com/AAMAWo0Yal