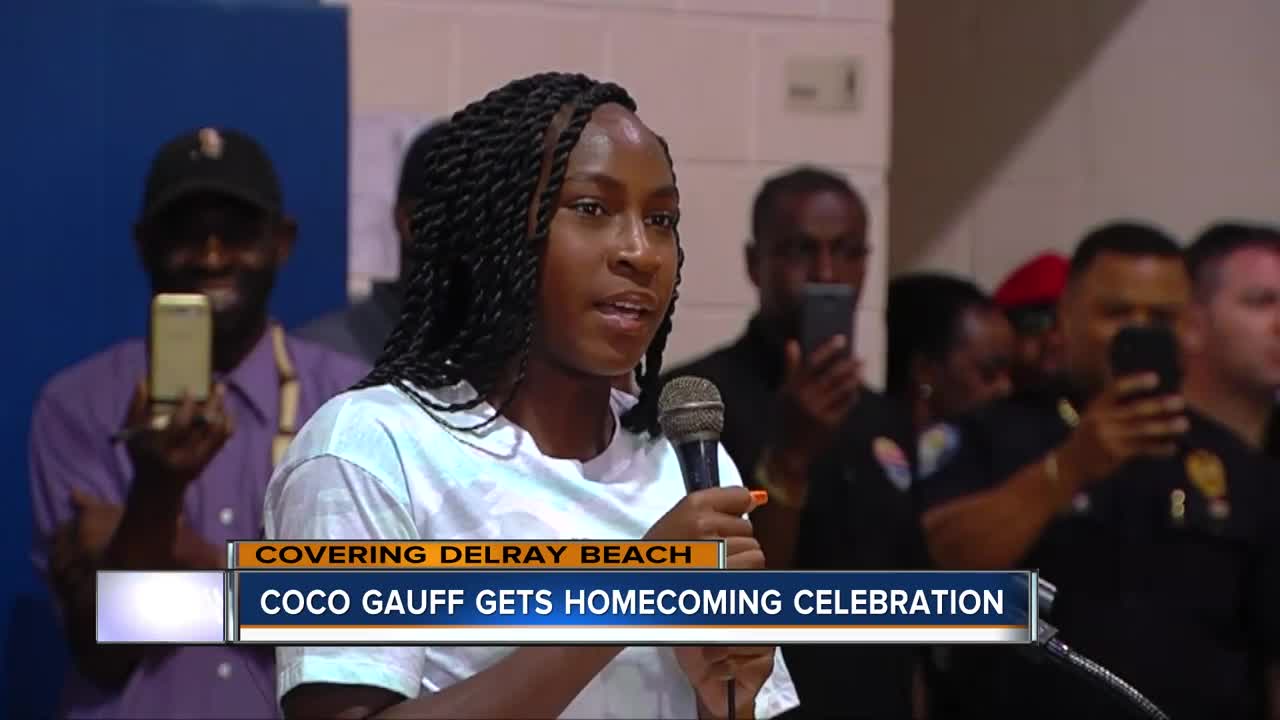 A homecoming celebration was held for Coco Gauff on Saturday in Delray Beach.

“I’m really amazed at how many people came out so thank you guys for the support I really appreciate it,” said Gauff.

The teenager turned overnight international tennis sensation says receiving a heartwarming welcome home party where she first started playing the sport is extremely special to her.

“Yeah I’ve been training on the courts right up there since I was 6 or 7,” said Gauff.

9 years later she’s now also serving up inspiration to others in the community.

“No matter how young you are you can do anything that you want, and don’t let anyone tell you not even your parents,” said Gauff.

Gauff says she’s quickly learned not to let comments made about her on social media affect her performance on the court.

“A lot of people say I’m crazy for dreaming so big, but I think crazy is good,” said Gauff.

For now she is leaning on her faith and family to get her through whatever is to come.