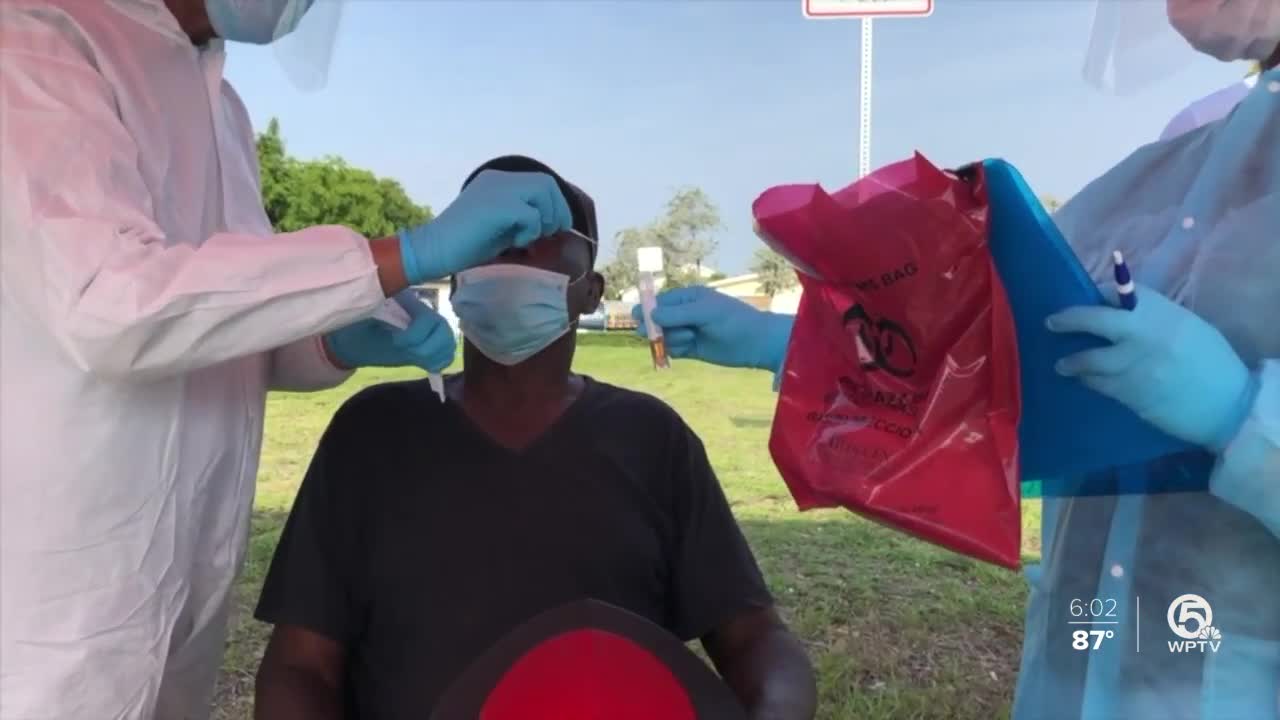 More COVID-19 testing sites are popping up around Palm Beach County and many are aimed at delivering tests to underserved communities.

“I am diabetic,” Ida Smith said, who came to the testing site located on SW 12th Avenue.

“I’m 68-years-old and I have asthma,” said Franklin. “Sometimes my friends come pick me up and carry me places, but they were busy, so I had to what I had to do.”

MORE: Latest news on the coronavirus

Smith said she is getting tested to protect her six grandchildren.

“Taking up off from where my mother left off at and trying to see that these kids have the best,” said Smith.

With help from the city of Delray Beach and a $70,000 grant from the Quantum Foundation, Foundcare was able to test 145 people Tuesday morning.

Kelly says getting to SW 12th Avenue in Delray Beach was not by chance.

“We use a system called Policy Map, and FoundCare uses another federal system -- the UDS tracking system,” Kelly said. “What we looked at were communities that had a higher concentration of individuals 65 and older, some of the data around co-morbidities and underlying conditions.”

It is leading to pop-up testing sites in West Palm Beach and Riviera Beach and inspiring former NFL star and Pahokee native Anquan Boldin to get involved.

“My role here today is to just show people in our communities that it’s OK to get tested,” Boldin said.

Boldin said COVID-19 put his grandmother in the hospital.

“When you find out something like that -- that somebody so close to you has been affected by it -- it hits differently,” said Boldin.

Growing disparities in communities of color have forged these partnerships.

“This is helping us fulfill our mission,” said CEO of FoundCare Yolette Bonnet.

FoundCare provided one of the first testing sites in Palm Beach County. Bonnet says they have administered around 1,000 tests total and around 350 tests in underserved communities.

“It really is a model to be replicated, and it can be,” Kelly said. “It’s not easy. But dealing with inequities that have been created by policies and practices of the past, it’s not going to be easy, so with the heart and the will to do it, and the willingness to work, it can be done.”

The group has plans to bring more pop-up testing in neighborhoods in Boynton Beach and West Palm Beach.