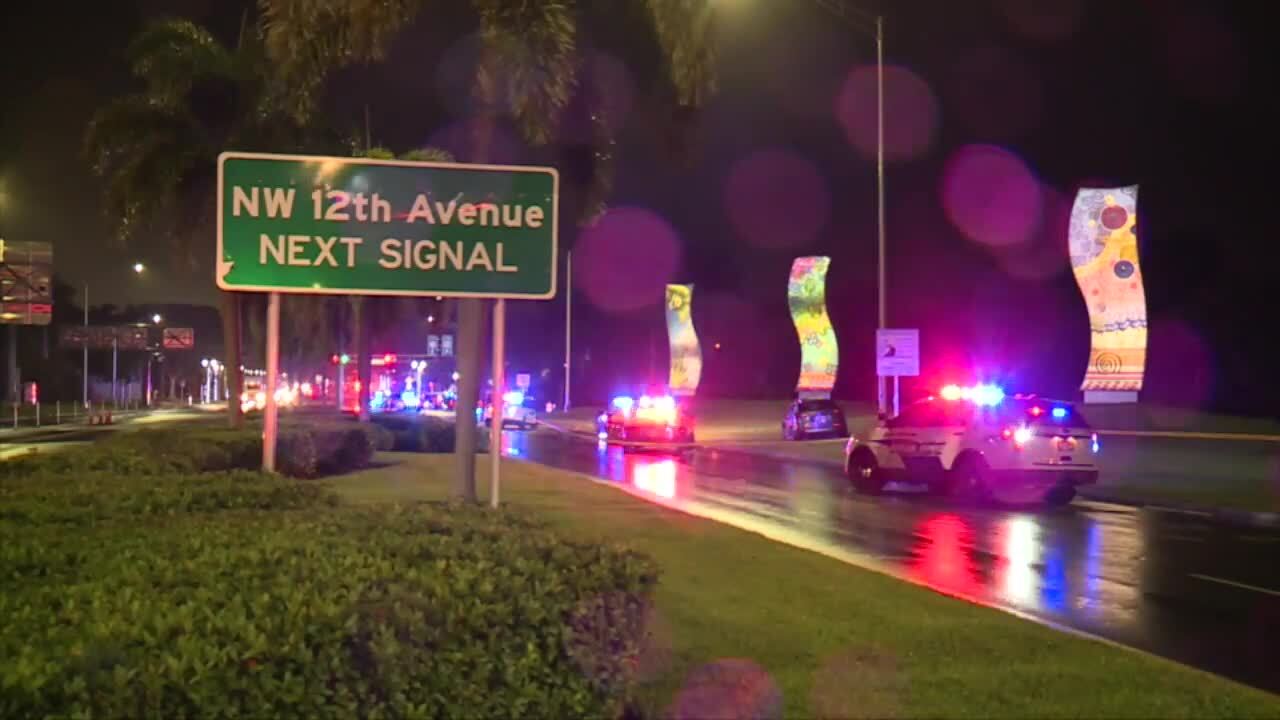 DELRAY BEACH, Fla. — A Florida Highway Patrol trooper has been placed on administrative leave after a fatal shooting near Interstate 95 in Delray Beach.

The incident began after the trooper tried to stop a vehicle that was driving recklessly on the interstate, FHP said Wednesday in an updated statement.

Reyes said the driver of the vehicle failed to stop and a short pursuit ensued. The driver in the stolen vehicle later crashed into another vehicle.

After the wreck, the driver got out of the vehicle, which was later determined to be stolen, and started shooting at troopers who responded to the scene, Reyes said.

FHP said a rifle and handgun were recovered at the scene.

The name of the person that was shot and killed has not been released.

There was a large law enforcement presence near Southwest 11th Avenue and Atlantic Avenue throughout Tuesday evening.

Delray Beach police encouraged drivers to avoid the area during the investigation.

The Florida Department of Law Enforcement is investigating the shooting.

Reyes said the trooper was placed on leave, which is standard during a shooting investigation. He said because of the ongoing investigation, no other information will be released at this time.

Please avoid all travel along Atlantic Avenue, east of I-95 to 10th Avenue. We are on the scene of an incident that involved the Florida Highway Patrol. pic.twitter.com/MEcIiwML85

Police activity in the area of 35 SW 11t Ave in Delray Beach. FHP PAO is in route to the scene, please use caution and avoid area if possible.