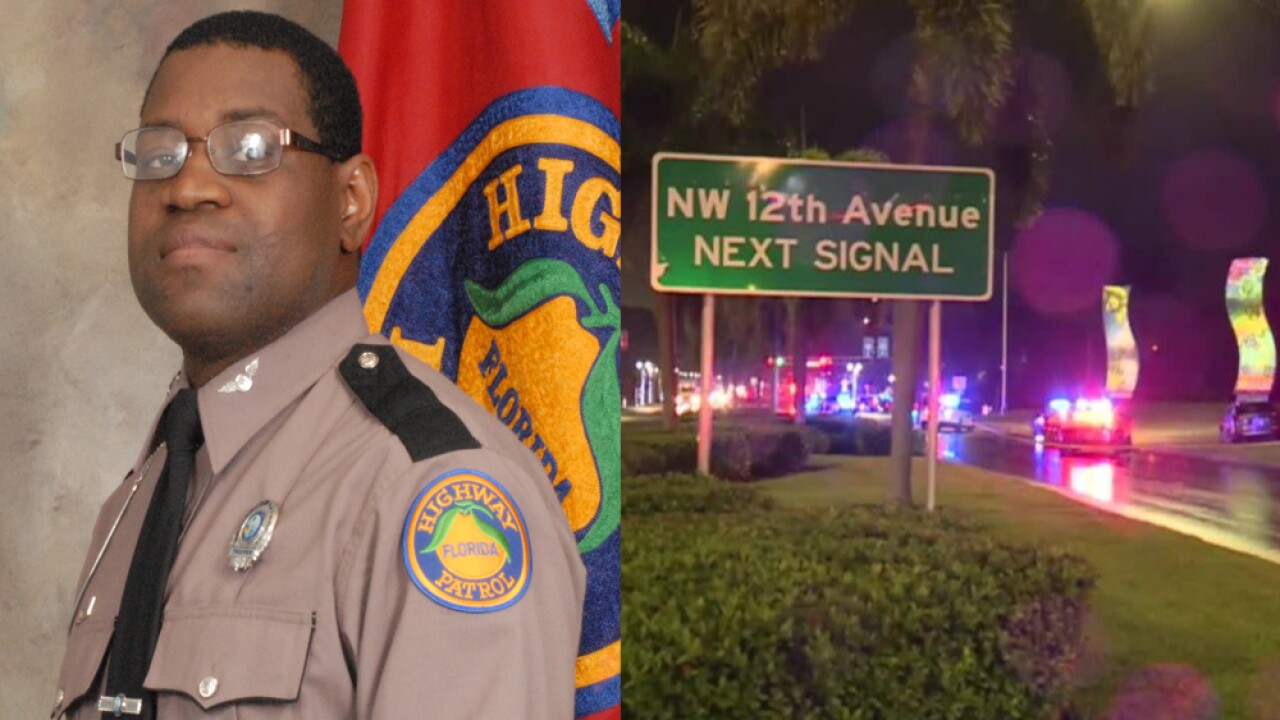 Florida Highway Patrol/WPTV
Trooper Horlkins Saget is the trooper who was involved in a fatal shooting near Interstate 95 in Delray Beach.

DELRAY BEACH, Fla. — The Florida Highway Patrol has identified the trooper involved in a fatal shooting earlier this month in Delray Beach.

A bystander, Joshua Burns, recorded video of the incident on his cellphone. It shows Gilbert, 33, of Pompano Beach, running from troopers.

The Florida Department of Law Enforcement is investigating the trooper-involved shooting.

Saget has been placed on administrative leave since the shooting.