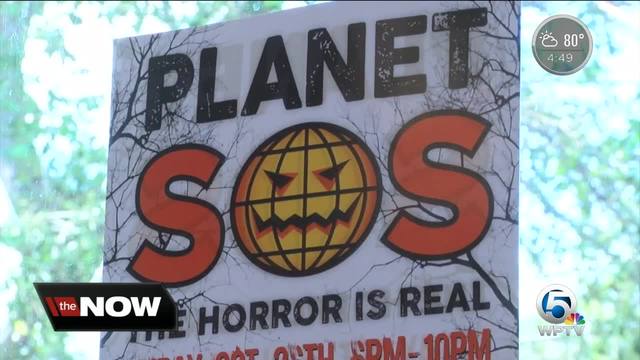 At Space of Mind School House in Delray Beach, the spirit of Halloween is everywhere you look. 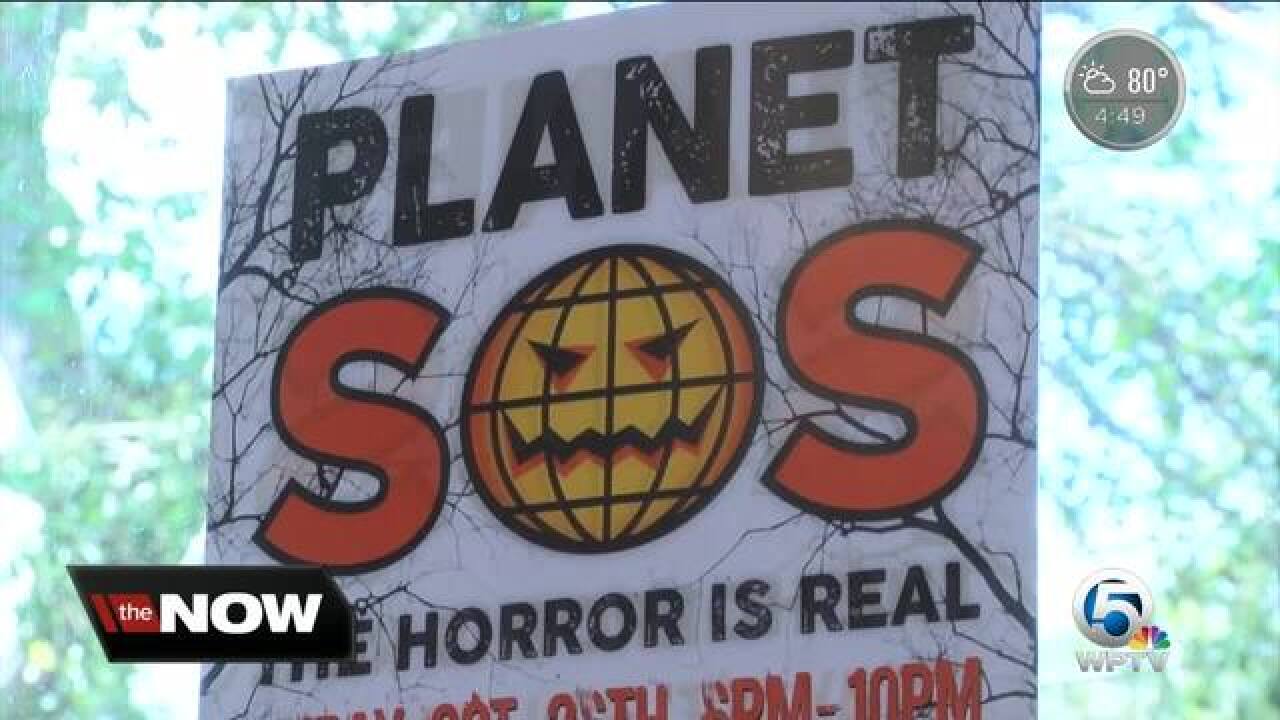 At Space of Mind School House in Delray Beach, the spirit of Halloween is everywhere you look.

"It was a very silent room and just very brown and dry like it was a lot of droughts had happened and there's not a lot of life to it anymore," Dante Centofanti said.

Centofanti is one of many storytellers at the school but the students aren't telling typical ghost stories. He's describing their haunted house.

"We wanted to scare them with the truth," Olivia Katz said.

So, they turned their school into an environmental nightmare.

"The problems we may face in the future such as like radiation and sea level rise. That's something I fear every day," Katz said.

From the props and decorations to the makeup everything was designed and made by the students at the school. Their hope was to scare people into action.

"We are trying to use these risk factors to really wake people up," Katz said.

"This could actually happen to us and these aren't just scary props from the Halloween store," Centofanti said. "This is reality."

The haunted house raised more than $4 million and that money will go towards a profit based at the school called the Community Classroom Project.