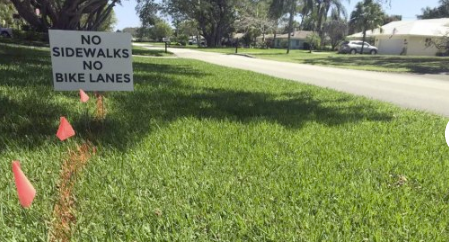 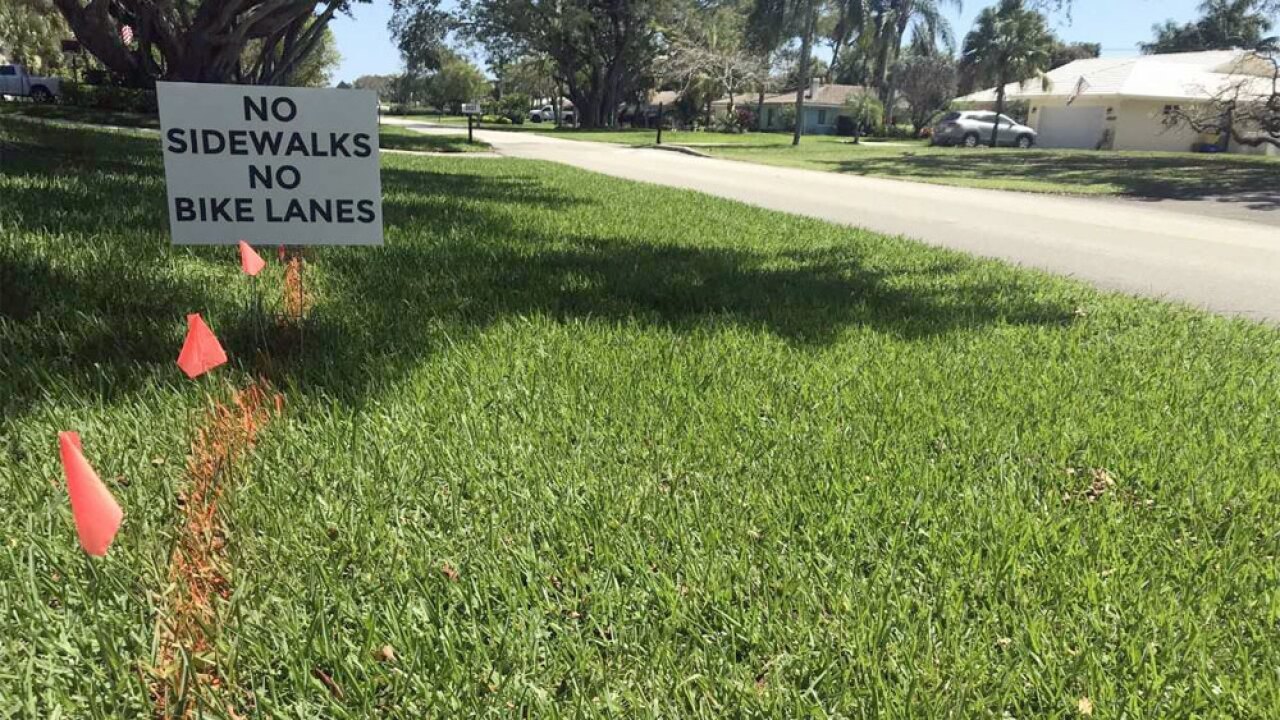 DELRAY BEACH, Fla.-- Some people in a Delray Beach neighborhood are hoping they can stop the city from putting in bike lanes and sidewalks.

Sherwood Park sits along Lowson Boulevard, and the plan proposes new bike lanes and sidewalks from Military Trail through Federal Highway, but the project would sit on people’s front yards along Lowson in Sherwood Park.

Camilla Szymanski has lived in her home for 40 years. She said she is against the bike lanes and sidewalks because it would take up a huge chunk of her yard.

“I measure out at the 12-foot mark staring at the edge of the pavement and I measured 13 feet,” she said as she stands next to an orange line she spray-painted to show the 13 feet of yard she would lose.

She said she also worries about the trees. Many are more than 50-years-old. “It may in fact kill both of these trees,” she said.

Sherwood Park is the only neighborhood along Lowson Boulevard and others outside the neighborhood would love to see the sidewalks.

“Dangerous on these main roads, because there are no sidewalks in most of the areas so we try to stay in the back streets but a lot of it is private property,” said Marry Soumbasakis.

But there are 90 homes along Lowson in Sherwood Park. Nicholas Coppola said the neighborhood did try to compromise with the project designer and asked to just put in bike lanes.

“That option was taken from the table,” he said.

Szymanski said they have started surveying people in the area and asking if they are for or against the bike lanes and sidewalks. So far, out of about 80 people, she says only six say they are in support.

Next Tuesday the city commission is expected to make a decision if it will apply for a $4 million funding grant.