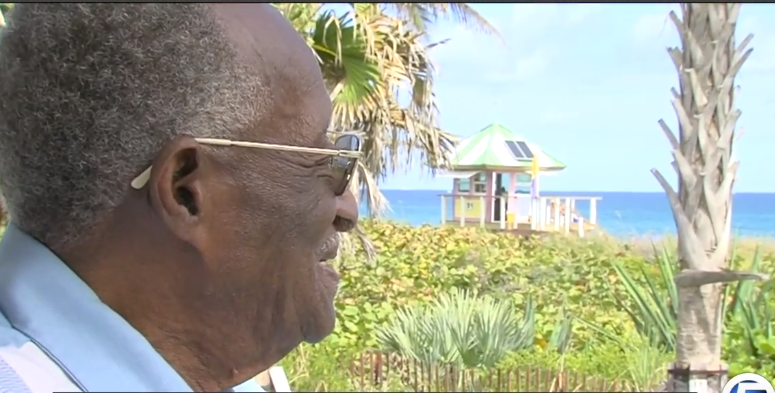 Black History Month is a time to honor pioneers in our community. One of them still call Delray Beach home.

"I see it now but then it was just a job somebody had to do," Alfred 'Zack' Straghn said. "My ambition was just to see people treated like someone."

At 91-years-old, he's spent his entire life in Delray Beach. Today, he's proud to call it home, but Straghn remembers a time when it felt like somewhat of a prison.

A video news clip from the Spady Cultural Heritage Museum says the 'negro' section of Delray was confined to four square miles.

"That's what instilled in me that someone had to do something," Straghn said.

It was the 1950s and Delray Beach was a city divided by color. Straghn was a young man working at a funeral home.

"The funeral homes joined in and they ran the ambulance service black and white, blacks picked the black patients and the whites picked the whites," he recalled.

One day while on the job he responded to a call about a kid drowning at the beach.

That's because blacks weren't allowed on the city's beach. It was one of many incidents that sparked a local movement. The city's solution was to send black people to an area five miles away, outside of the city limits.

"They sent us to another city to swim with a man with a shotgun watching us while we swam," he recalled.

After injuries and inconvenience, Straghn and others decided to fight back.

After eight years of protests, on April 29, 1962, the beaches in Delray were integrated.

And these days Straghn couldn't ask for a better view.

"I just go there and meditate a while and walk back home," he said. "This is apart of what God made just beautiful."