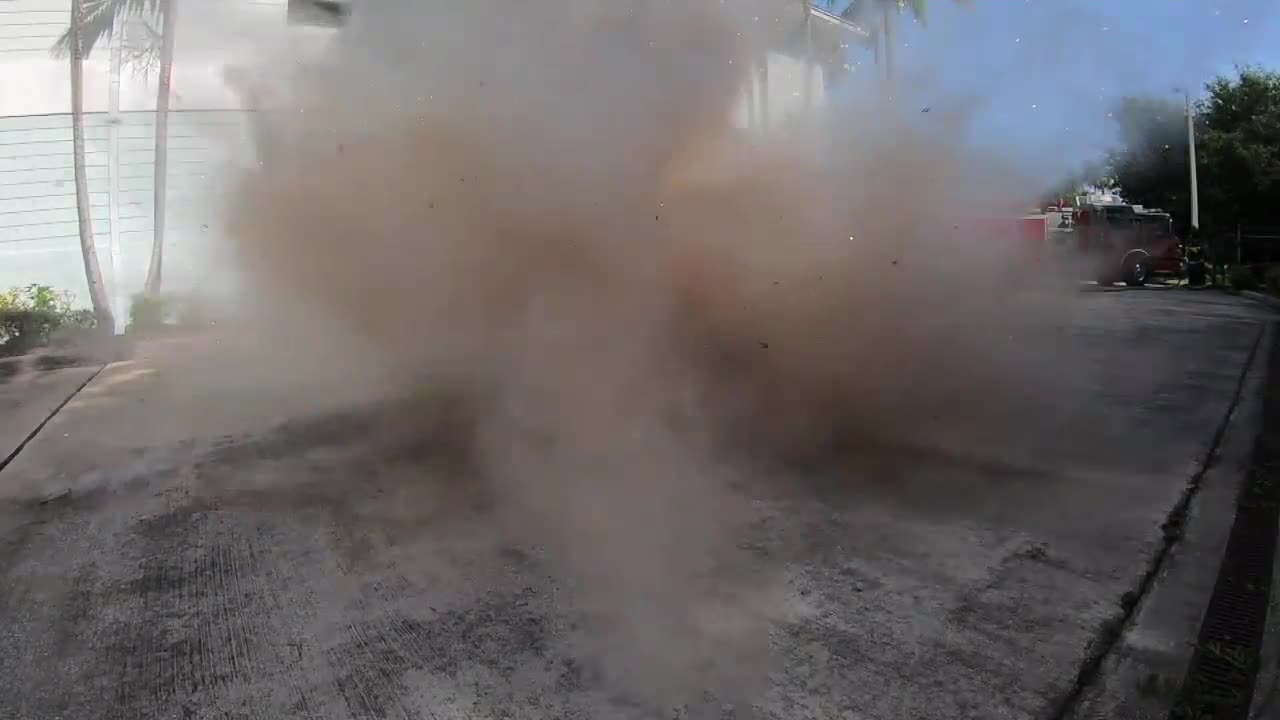 DELRAY BEACH, Fla. — Firework shows across Florida are being canceled due to COVID-19. Law enforcement agencies are worried people will attempt to light fireworks at home, creating dangerous situations.

Delray Beach Fire Rescue said they responded to two brush fires on Monday after there were reports of fireworks in the area.

The department held a demonstration to show the dangers that come with lighting fireworks. Division Chief Jim Bradford said aerial fireworks are one of the most dangerous fireworks.

"They cause more injuries than any other type of firework," said Bradford. "Certainly when we mix alcohol and fireworks, that is a recipe for disaster."

The department used melons and mortar shells to show how an explosion can cause serious injuries. Bradford said if someone is lighting aerial fireworks they must make sure they have enough fuse to get back at a safe distance.

Gov. Ron DeSantis passed a new law that allows fireworks on the Fourth of July.

"Even though something is legal, doesn't mean it's safe for you or your family," said Bradford.

The department also demonstrated how sparklers can cause third-degree burns and light clothing on fire.

"When it is against bare skin it is burning at almost 2,000 degrees," said Bradford while he held a sparkler to a hot dog that burned instantly.