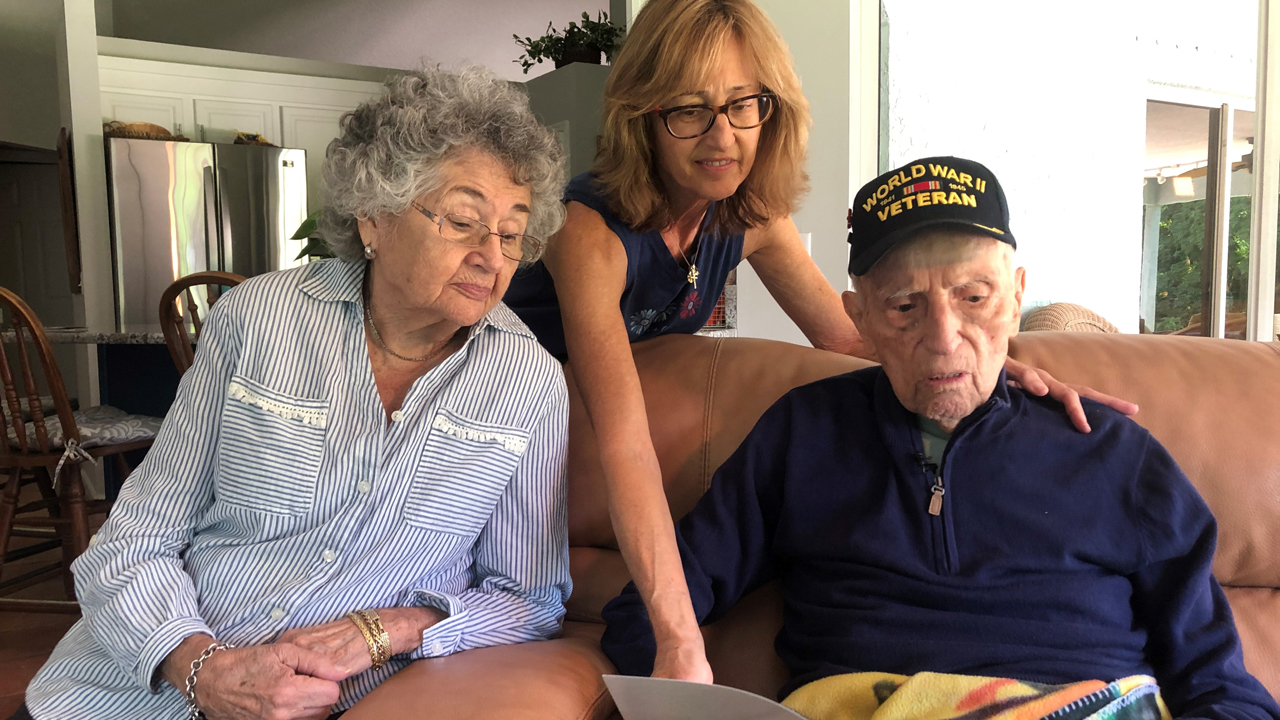 DELRAY BEACH, Fla. — A Delray Beach couple celebrates 73 years of marriage this week. It’s a relationship that’s endured wars, busy careers, five kids and numerous pandemics. Only on WPTV the couple says resilience and generosity are not only the keys to a very long union - but life.

U.S. Army Sergeant Patsy Santello is one of four brothers who all served in uniform.

“They’re all gone now,” said Santello. “We were all stationed in different places - my brothers and I saw the world. But we all shared a commitment.”

The 101-year-old’s personal commitment to service stretch a number of jobs; he was isolated from family for years while serving an an infantryman in the Pacific during World War II. After an honorable discharge, he worked behind-the-scenes within the theater industry in New York; he and his wife Jean also raised five kids and eventually settled in South Florida where Patsy worked for 17 years at Boca County Club.

”I was the oldest bag man in South Florida,” Patsy said.

He and Jean liked living life to the fullest and also savored their independence.

”We were lucky,” Jean said.

So you can only imagine how the couple who called Delray Beach’s Grand Villa of Delray West home felt when visiting restrictions went into effect in mid-March.

“We were isolated,” said Jean.

The mental toll also took a physical one.

”I lost the use of my legs almost totally,” Patsy said. “I kept thinking to myself, ‘when is this all going to be over.’”

And even with the restrictions lifted, their eldest daughter, Patti Daniell said she believes the pandemic is still too uncertain.

”Dad’s strength was weakening and they needed more help,” said Daniell. ”The restrictions are lessened until somebody gets sick and they lock it down again.”

This week, Patsy and Jean celebrate two milestones, a 73rd anniversary and home under the same roof as their eldest kid. All three call it an evolving relationship bound by faith, family and resilience.

”We’re in this together,” Daniell said.