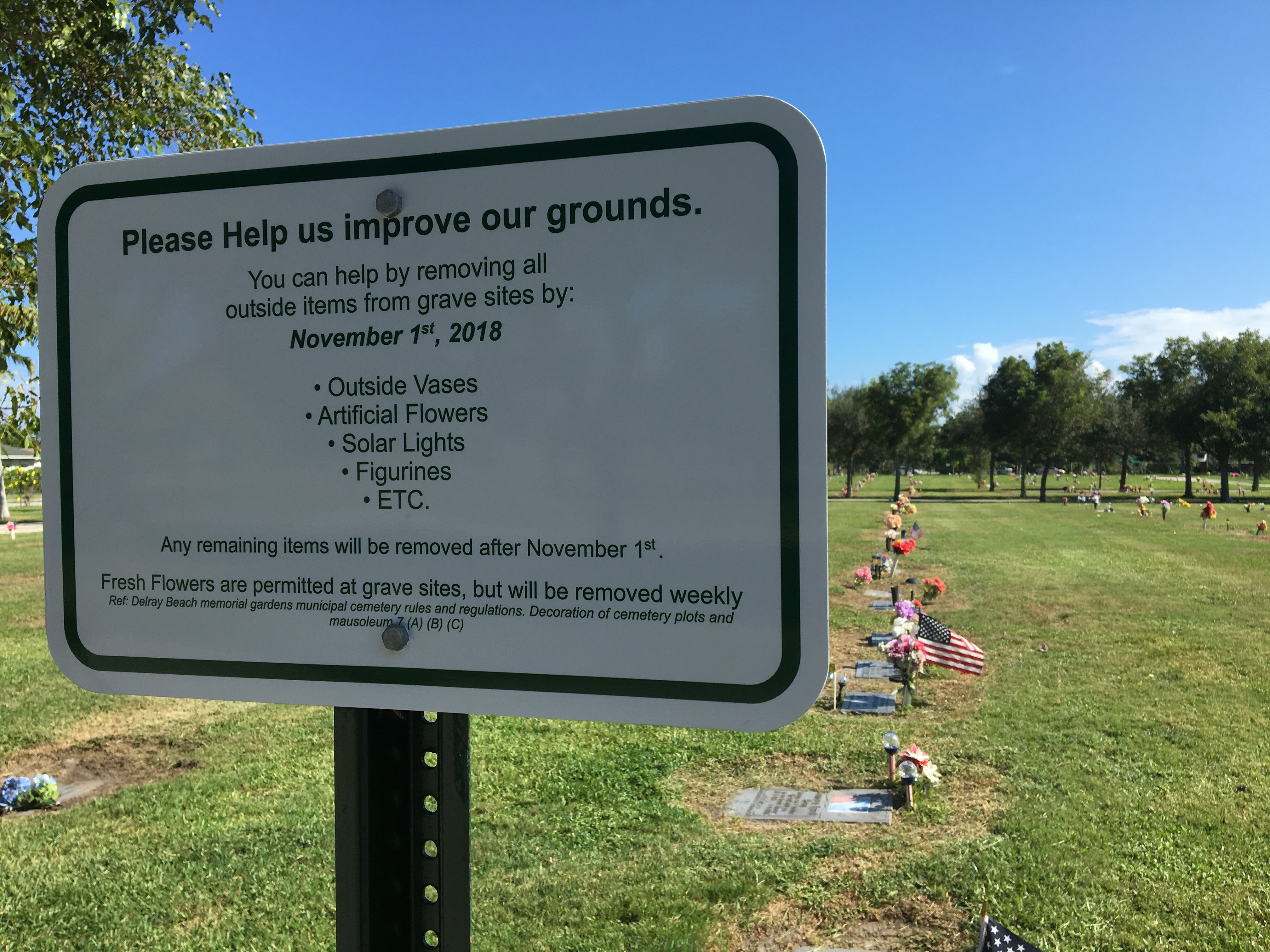 The Delray Beach cemetery will soon limit what grieving families can put down at gravestones, upsetting those who have loved ones buried there. 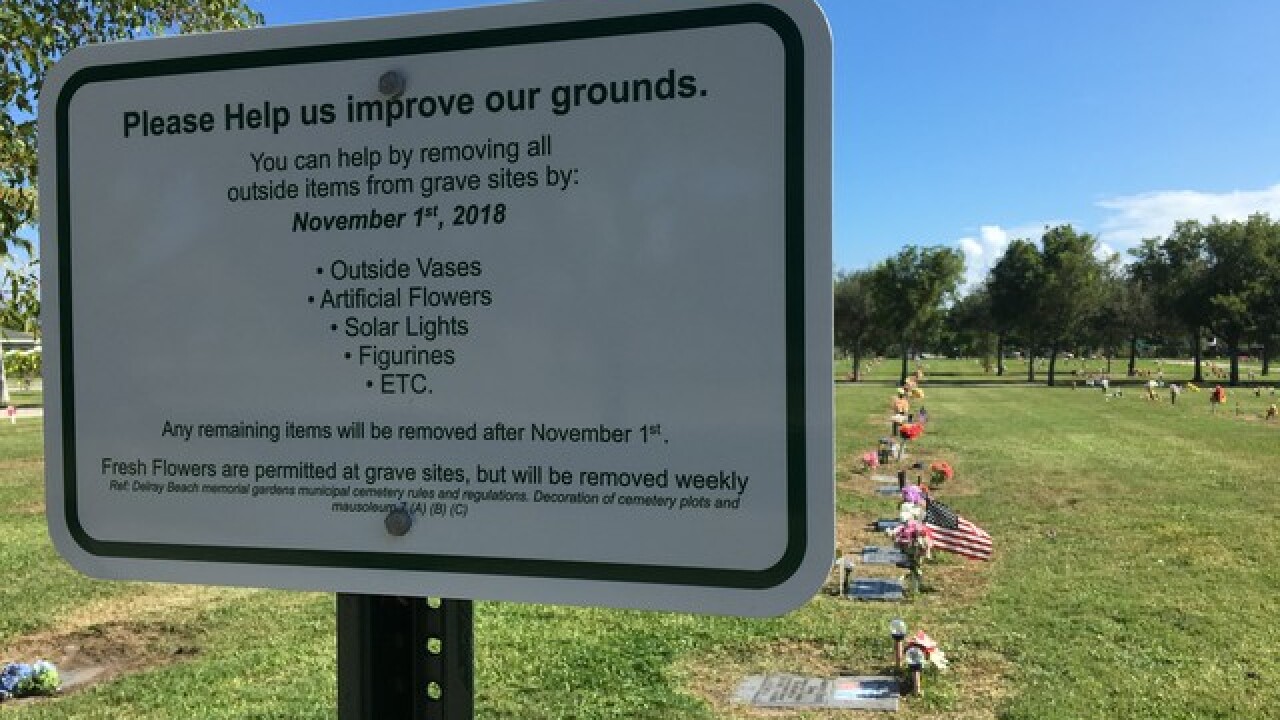 The Delray Beach cemetery will soon limit what grieving families can put down at gravestones, upsetting those who have loved ones buried there.

Maria Bean, whose son, Cameron died when he was 11-years-old from a heart attack, comes to visit his grave regularly.

“Coming out here is the closest I’m ever going to get to him. That’s why I like to leave little things out here for him that I know he will like, that will make him happy and me happy to do it for them,” Maria said.

The Delray Beach cemetery recently installed signs outlining policy they’ll enforce starting November first. That figurine, that pinwheel, that American flag are not welcome. Only fresh flowers, which will be picked up weekly, all in an effort to clean up.

“What I really want to say I won’t say but it’s very disturbing,” said Andrea Olney, who’s 24-year-old son, Michael, is buried there.

“Every time they take something away from his grave, it’s like their taking a piece of him away from me. Every single time. It’s not right,” Maria said.

The cemetery says it’s enforcing decades-old law. These grieving mothers say they had no input.

“I can understand keeping it neat but what’s the harm in artificial flowers?” She said.

We requested an on-camera interview with the cemetery manager to ask if they considered the thoughts of grieving families and why they decided now to enforce the policy but they declined.