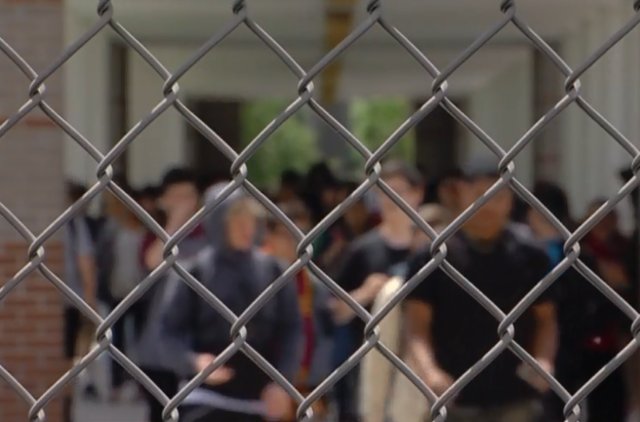 The event was scheduled to take place Monday night at Olympic Heights High School and was being hosted by former State Senator Maria Sachs. 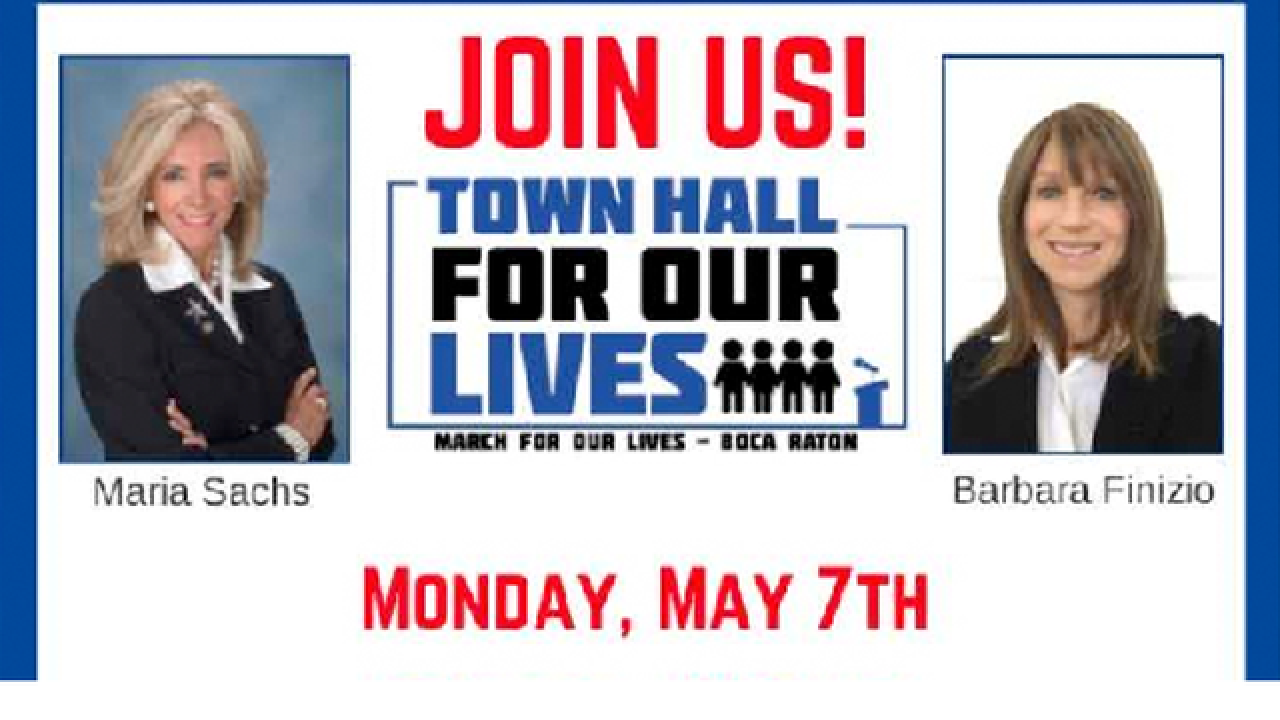 A scheduled town hall in suburban Boca Raton has been canceled. The event was scheduled to take place Monday night at Olympic Heights High School and was being hosted by former State Senator Maria Sachs.

Palm Beach County Deputy Superintendent Keith Oswald sent out an email Friday saying the event was canceled due to a number of calls he had received expressing concern about the school hosting the event.

In his email he noted: "It seems the political tension around this topic is palpable. I believe we will make more meaningful progress around this important issue by talking to parents directly during regularly scheduled parent events hosted by our schools."

Olympic Heights student Mitchell Pinksy was shocked to hear the event was canceled. "March for our lives stands for making sure students across the county do not have to walk into school and think, 'oh gee I could get shot today,' " said Pinsky.

The poster for the town hall said "Town Hall for Our Lives" and scheduled to speak at the event were Oswald, members of the county commission, members of the school board, and a mental health representative.

The school district said it thought the title of the event and its association gave it a partisan nature.

A statement it released said, in part:

Sachs said this was not a political event, she planned on hosting an open forum with the school district.
"If the title of March for Our Lives at the 11th hour upsets school district folks, we can call it whatever they want," she said.

Sachs wrote to the school district that her intention was to discuss school safety and mental illness.

Congratulations on being chosen to take over the helm of one of the greatest School Districts in the State of Florida! Over the last ten years I have become knowledgeable of the needs of our school system while serving on education committees within the Florida House of Representatives and the Florida Senate. I have also had the wonderful opportunity of working with Past Superintendent Robert Avossa in promoting academic areas such as the addition of twenty-one global languages in our schools and twenty-first century technological opportunities for our classroom teachers.

This past session, the Florida Legislature passed the Marjory Stoneman Douglas High School Public Safety Act (SB 7026). As noted by the Florida Department of Education, this legislation outlines significant reforms to make Florida schools safer, while keeping firearms out of the hands of mentally ill and dangerous individuals.

As you know, this law provides for time sensitive guidelines by which the Superintendent's Office is required to report assessments to the Florida Department of Education. One of the objectives of our School Safety Forum originally scheduled for tonight, May 7th, 2018, at Olympic Heights Community High School, was to allow school officials to articulate those needs for mental health requirements and enhanced school security. Unfortunately due to a cancellation initiated by your office, it will no longer proceed.

As a mother, and former prosecutor and legislator, I encourage you to show strong leadership at this time of great opportunity for reform in our school system.

If there is anything that I or any of my colleagues can do to assist you in this mission, please don't hesitate to contact me. I am available to help.

Story updated to clarify that Maria Sachs is a former state senator.