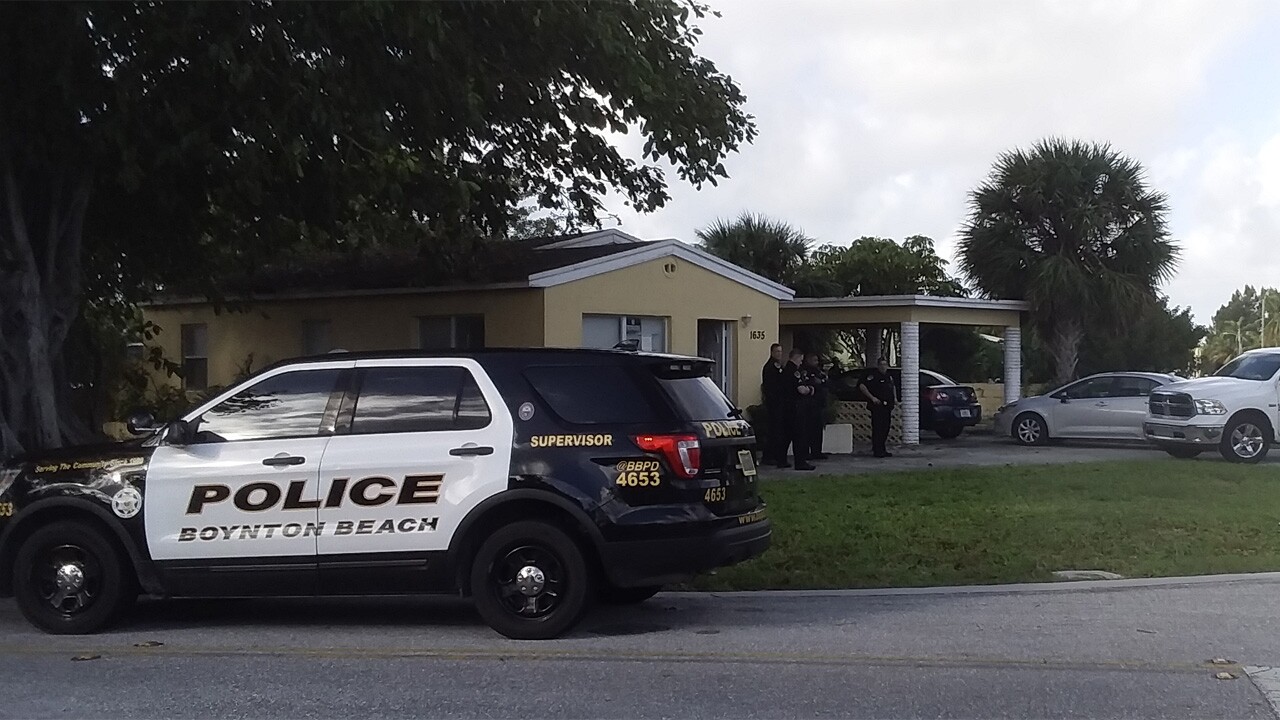 Bruce Kreitman
A woman was killed in a possible domestic dispute at this house in the 1600 block of Northeast Fourth Court in Boynton Beach.

BOYNTON BEACH, Fla. — A woman was fatally shot during a possible domestic dispute that resulted in a gun being discharged in a Boynton Beach house.

The incident occurred Sunday morning at a home in the 1600 block of Northeast Fourth Court.

Boynton Beach police spokeswoman Stephanie Slater said the 46-year-old woman died at a hospital as a result of her injuries.

The victim has not yet been identified.