Driver cited after trooper hit by car in Boynton Beach 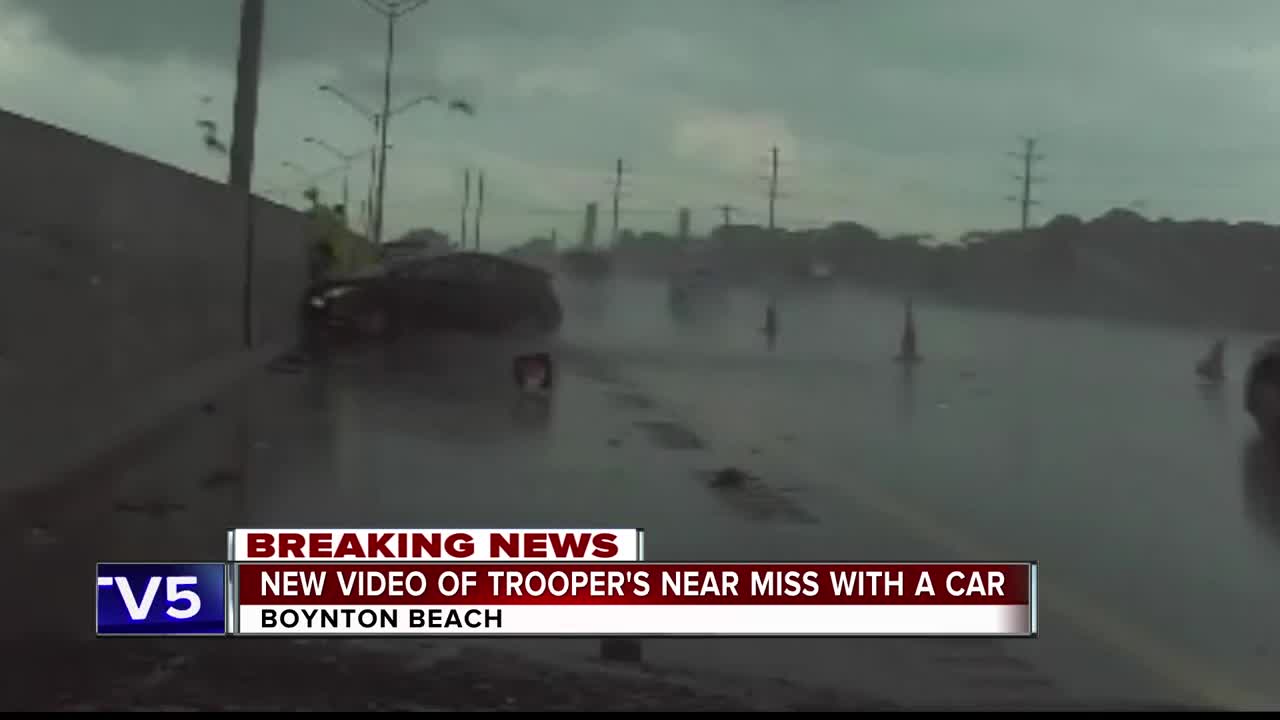 New video shows a trooper scaling a I-95 wall to avoid an out-of-control driver on I-95 in Boynton Beach. 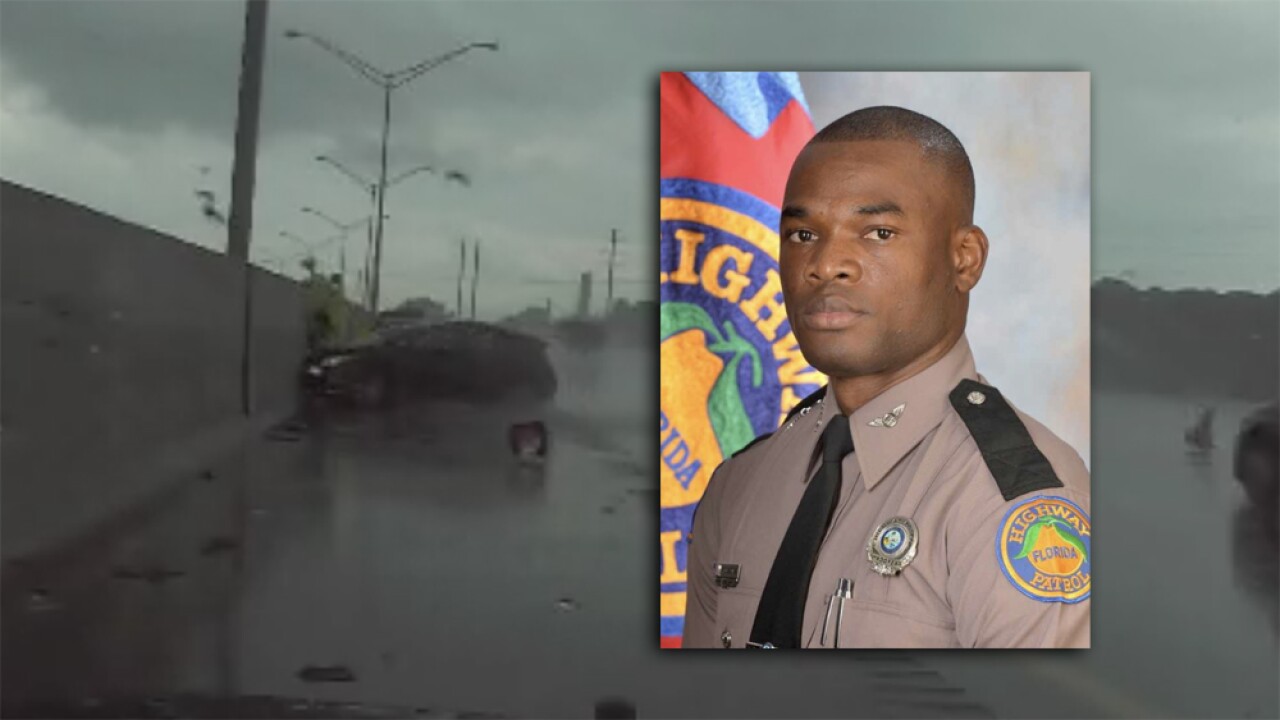 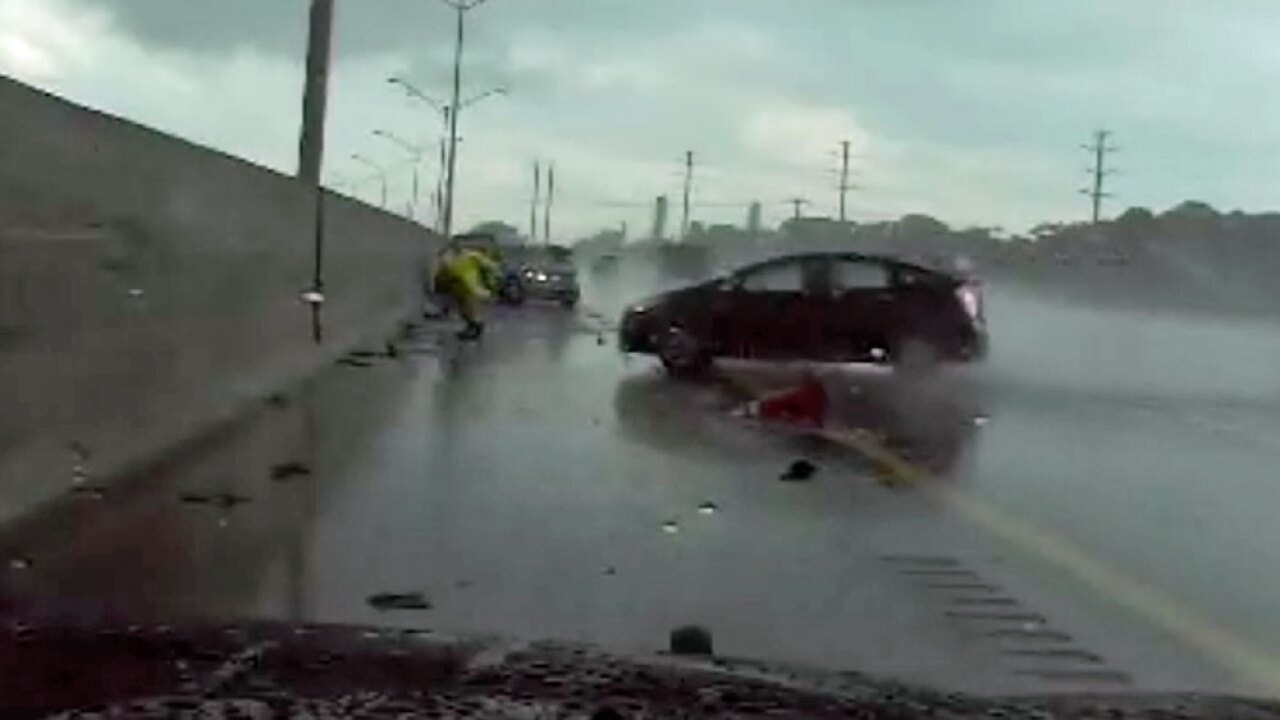 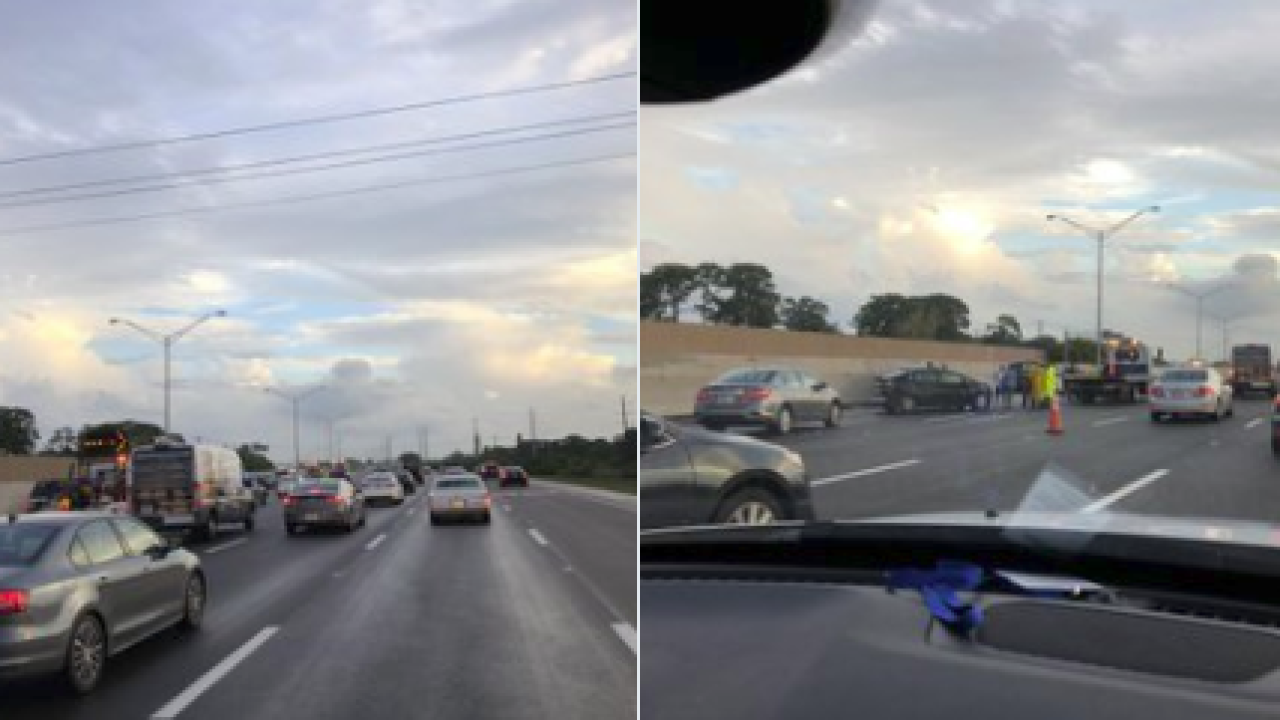 BOYNTON BEACH, Fla. — A trooper was struck by a vehicle while working an accident along I-95 Monday evening.

The crash happened along the southbound lanes of I-95 near Woolbright Rd. in Boynton Beach.

Florida Highway Patrol says Trooper Jeremy Medastin was on the inside shoulder walking back from his patrol car to initiate the paperwork for a crash investigation when he was struck by a hydroplaning vehicle.

According to the investigation, a 2011 Toyota Prius driven by 18-year-old Ian James Carr was traveling in the right lane when Carr lost control of the vehicle due to the weather conditions, veered toward the inside shoulder, and struck the trooper.

Trooper Medastin suffered what appeared to be a broken ankle, but his injuries are non life-threatening, according to FHP.

Carr was cited for Driving Too Fast for Conditions.

Breaking: an FHP trooper was hit by a hydroplaning car while working a separate crash in Boynton Beach, @FHPPalmBeach says.