Drivers wait in line to fill up gas tanks 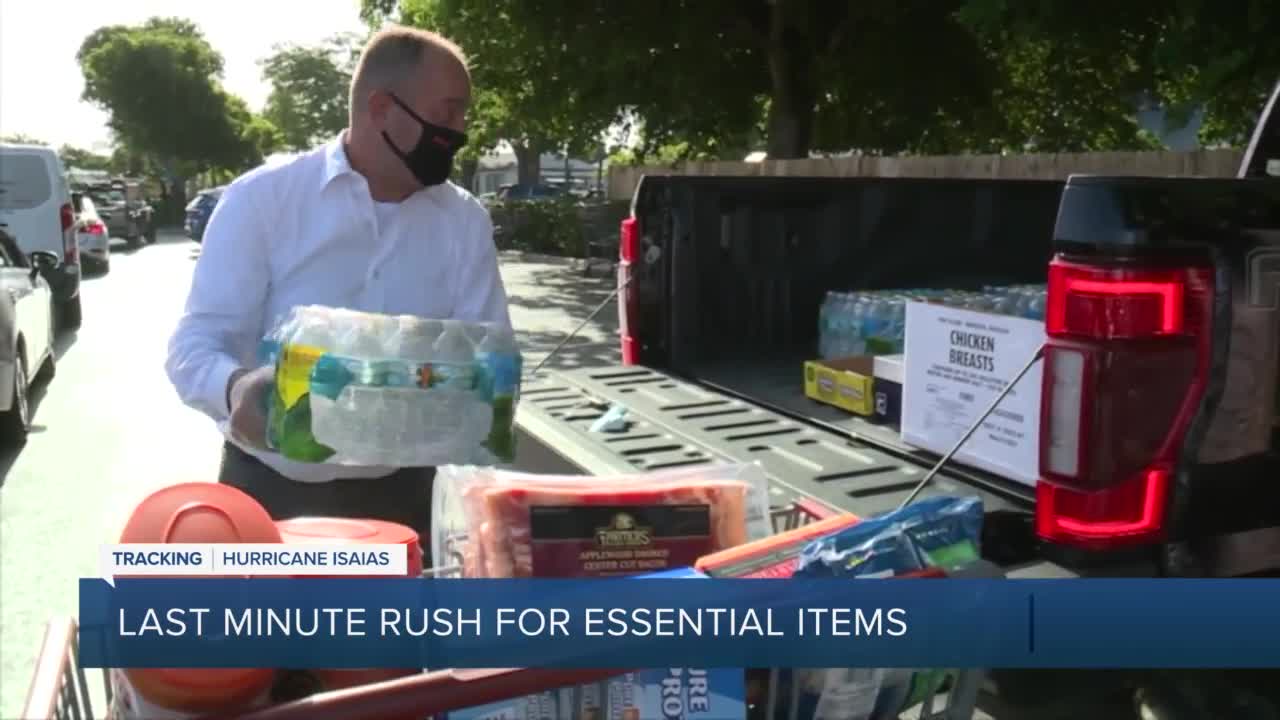 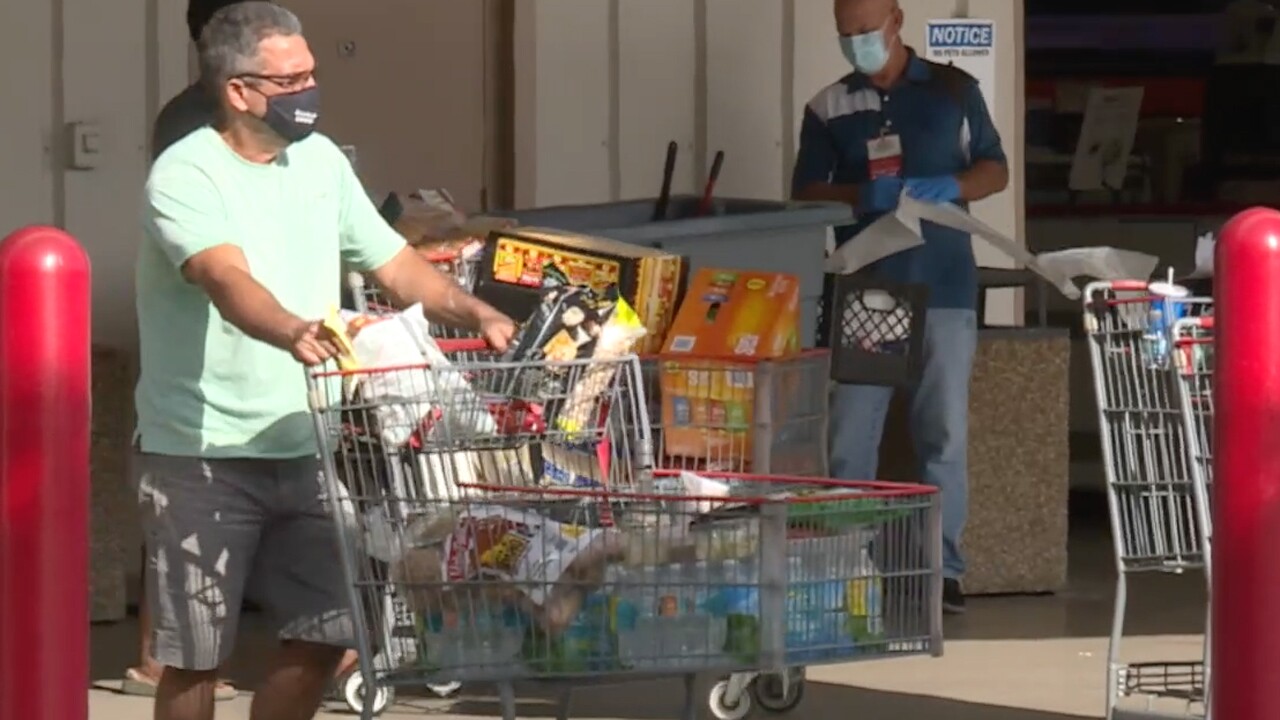 Peterson was busy filling the back of his truck with essentials to wait out whatever the storm brings.

"We got water, lettuce, cereal, cheese, coffee, just the bare essentials," he said.

He's a bit nervous for what is on the way.

"Every season you get a little bit nervous, and you always have that chance of whether or not the storm is actually going to come, and if it's going to bring the full force with it," Peterson said.

On the other end of the spectrum, Alan Hess wasn't prepared to wait for the stream of crowds.

Hess was headed into Costco but eventually turned around and left.

In Boyton Beach, drivers were lined at a BJ's gas station in Boynton Beach to fill up their tanks. Some folks even brought portable gas tanks to fill. One woman said it took her an hour to reach the pump.

"I don't think it's going to be as serious, but we still have to take precautions. I just didn't expect to see this much activity," Kurt Sutherland said.

Palm Beach County Mayor David Kerner said with the county under a hurricane warning, some mobile homes within the county will be evacuated.