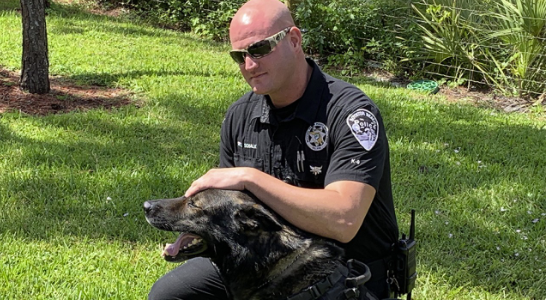 A Boynton Beach police officer is being hailed a hero for coming to the aid of an elderly woman in distress at a restaurant. 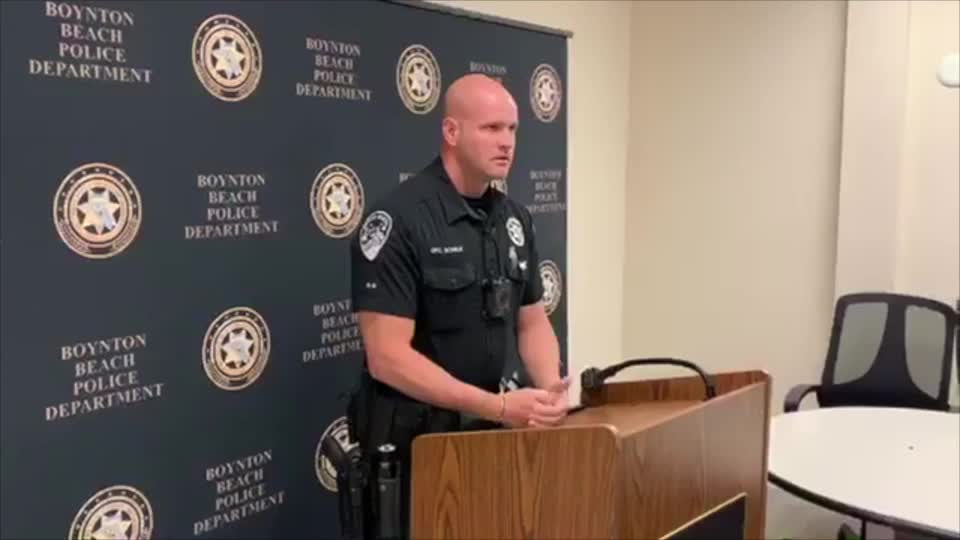 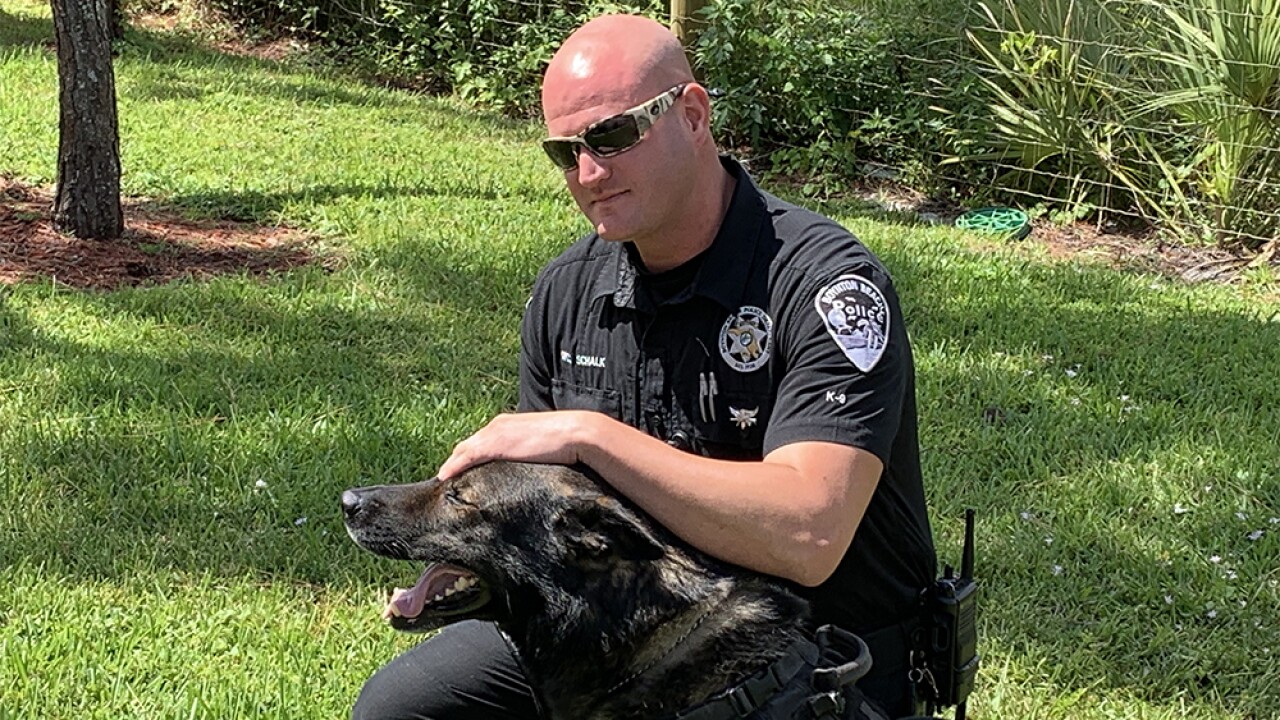 BOYNTON BEACH, Fla. — A Boynton Beach police officer is being hailed a hero for coming to the aid of an elderly woman in distress at a restaurant.

According to the police department, an 82-year-old woman started choking on a piece of broccoli Sunday night at a Golden Corral restaurant, located at 389 Winchester Park Blvd.

Police said the woman was pale and her lips were turning blue because she couldn't breathe.

Thankfully, Officer Chris Schalk, who was working an off-duty detail at the time, spotted the woman in danger and began performing the Heimlich maneuver.

"A lot of things we do on the job we don't really think about, we just act," Officer Schalk said on Tuesday. "It goes back to the training."

Officer Schalk, who's a K9 officer, said this was the first time he's had to perform the Heimlich on the job.

"It was a relief that it actually worked. We practice on dummies and we practice on each other and we're trained," said Officer Schalk. "To actually do that in real life was like a shock. When it finally, when it freed and you're like, whoa!"

Police said after three to four abdominal thrusts, Officer Schalk was able to dislodge the broccoli and the woman could breathe again.

"On an elderly woman like that, the last thing you want to do is hurt them," said Officer Schalk.

The officer adds this is a great example of why everyone should be trained in basic life-saving techniques.

"I would encourage anybody to take a basic life-saving course. CPR, Heimlich," said Officer Schalk. "We live in a world where things happen. I think it's important for more people than less to have those basic life-saving measures because you never know."

Officer Schalk was able to help a woman chocking on broccoli Sunday night at the Golden Corral. The woman is OK. Schalk is also a @BBPD K9 officer. @WPTV
STORY: https://t.co/QTtz80bkvd pic.twitter.com/zyydMHnpxT