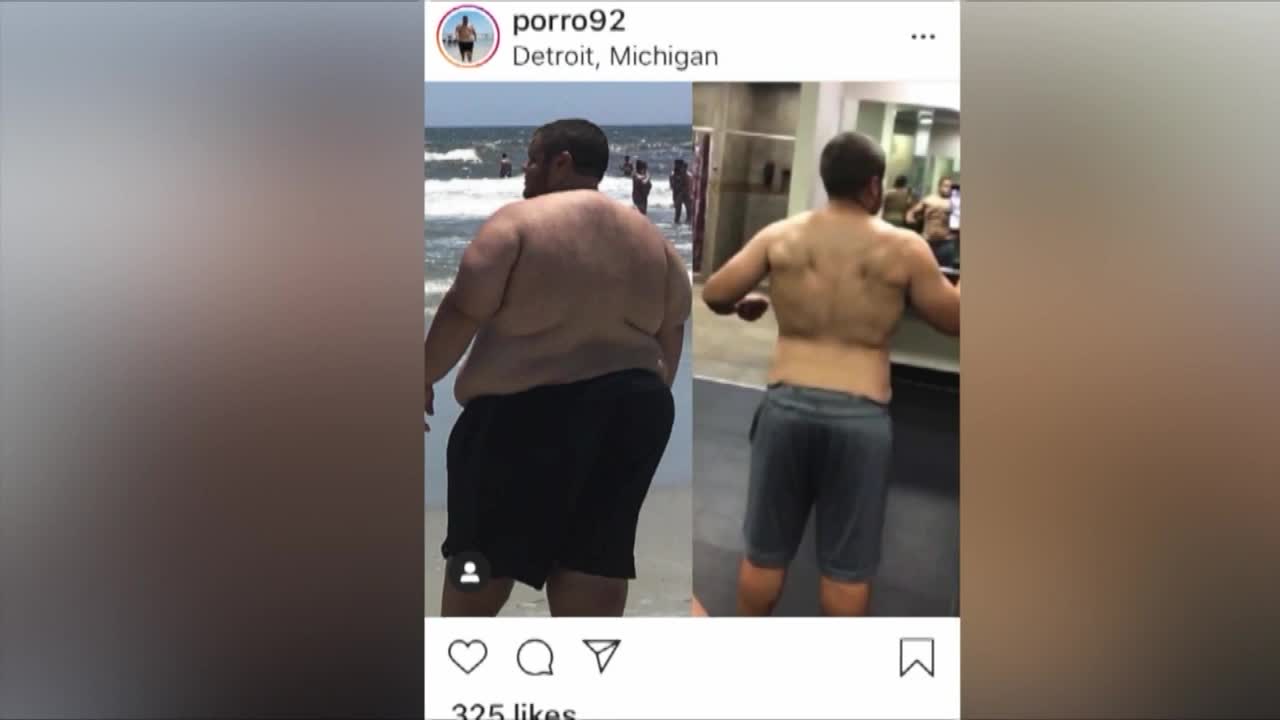 One Boynton Beach man didn’t like what he saw in the mirror, and decided enough was enough, and went out to change it. He’s lost 270 pounds and is maintaining his weight loss. 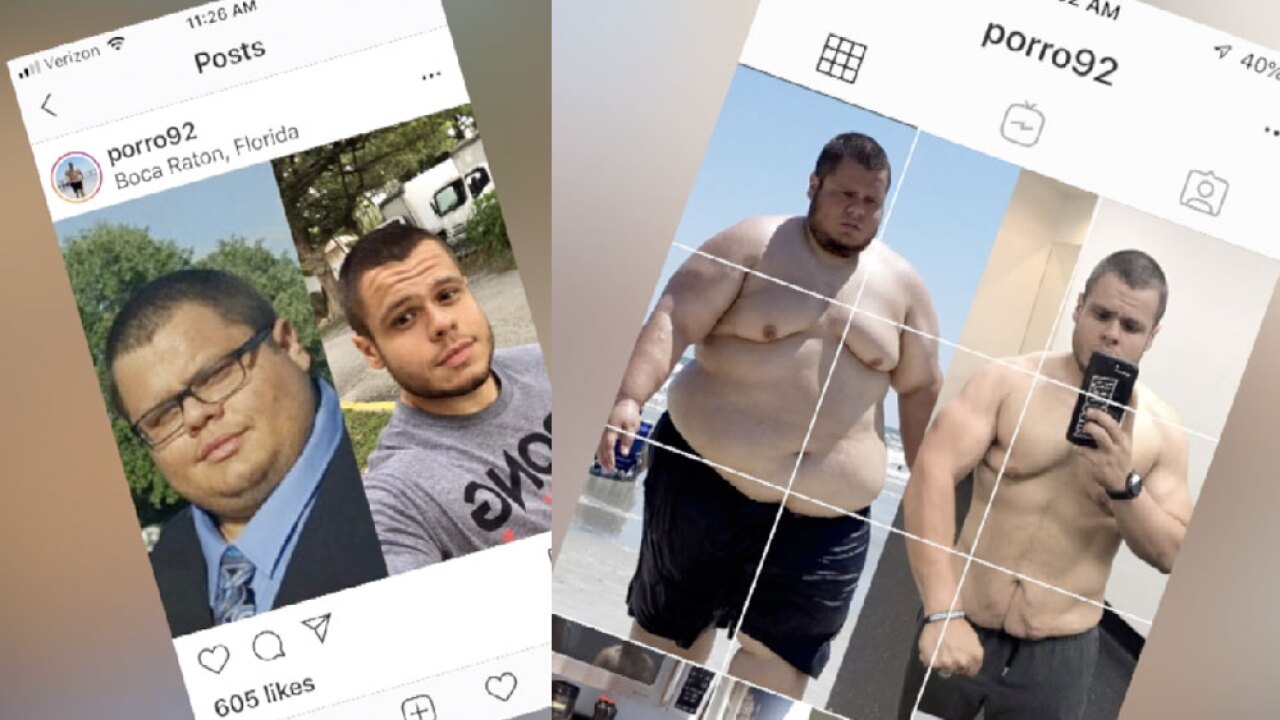 PALM BEACH COUNTY, Fla.-- It’s 4:15 in the morning. Alex Porro’s favorite song pipes into his Alexa, Imagine Dragon’s “Natural.” It’s his trigger song, he says, to get him going.

“Alexa, off,” he says as he rolls out of bed to get ready to workout.

“The hardest part about it is going to bed early,” he said in an interview from his Boynton Beach home as he mixed his pre-workout.

His story is well documented on his Instagram, @Porror92 where he has nearly 17,000 followers.

In 2017, he weighed 480 pounds. His lifestyle was Mountain Dew and video games. He was sick of it.

For the last year, he’s maintained 210 pounds, after dropping 270 pounds.

This is how he does it: Hard work.

“Deadlifts, back squats and bar facing burpees,” says CrossFit coach and owner of CrossFit Focus in Boynton Beach, Michele McLin to the group.

It’s the first class of the day at CrossFit Focus in Boynton Beach. Morning grinders only. There are five people working out.

There’s a warm up jog, stretching and practice with a plastic pipe to simulate the lifts to make sure everyone has the right form. This workout is about 20 minutes of intense work. Some workouts take longer, others are quicker.

“It’s funny, those…three movements, I learned about a year ago. I never did deadlifts; I never did squats just because my size. Now it’s my favorite thing to do,” he said right after the workout.

“You just need to look in that mirror and you need to have a love/hate relationship. That you love your body and you know you only get one chance you need to take care of it. You need to hate what you’ve done to your body over and over again,” he said.

His weight loss story is so powerful that he is working on an endorsement deal to promote a Boca Raton supplement company, RedCon1.