Couple worries they'll be forced out of their home 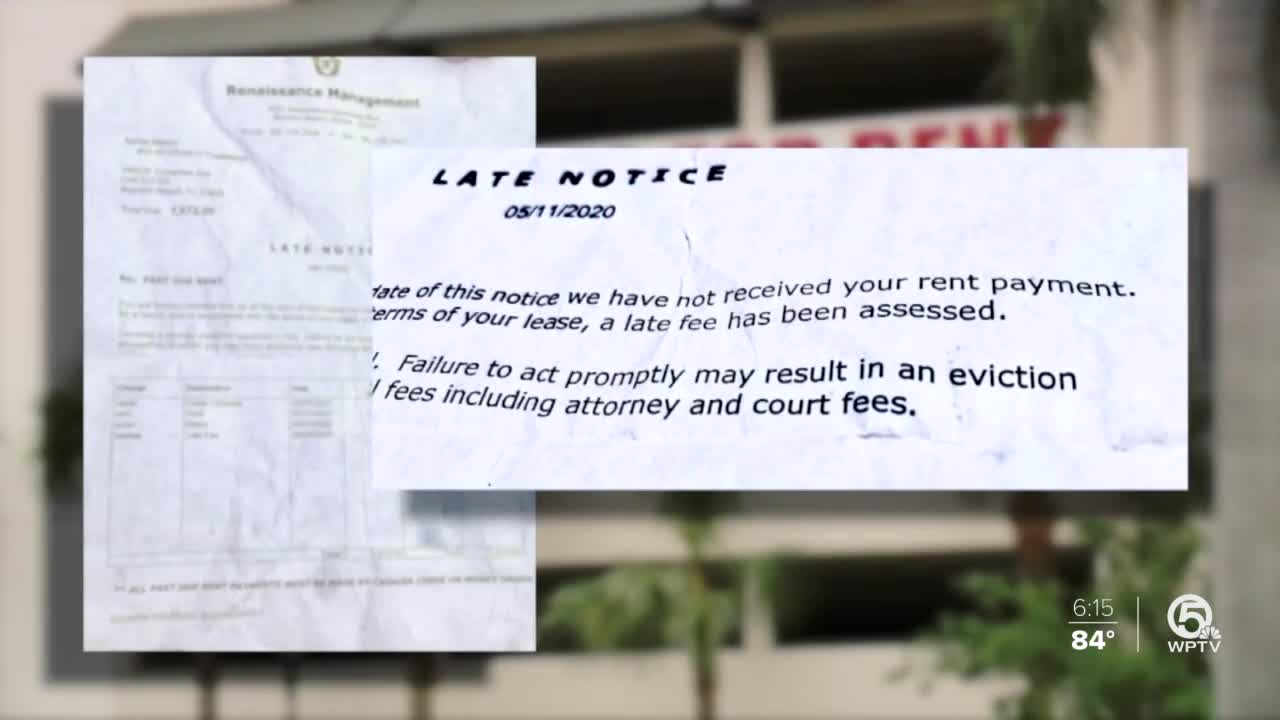 For more than a year, a one-room Boynton Beach apartment has been Seth Robinson and Ashlei Marion's home.

The coronavirus pandemic cost Robinson his job at a movie theater. Marion lost her bartending job at Bar Louie, which is now permanently closed.

"Those stimulus checks that were sent out in April, I haven't even gotten mine," said Robinson. "But hers she had to use right away. She had to use that entire check for rent."

That was April's rent.

The couple could not pay May's rent, and received a bill from the apartment complex that read, "failure to pay could result in eviction."

Florida's temporary ban on evictions could come to an end after this latest extension.

Mass evictions may not be right around the corner.

A check of courthouse records shows only a handful of evictions requested by mom and pop landlords who don't appear to own many properties.

A pair of managers of large apartment complexes, who did not want to appear on camera, said they don't want to head to court for evictions. They want to give their tenants more time, but they said they don't have a lot of time.

Marion and Robinson worry they will be forced out of their apartment.

They do not know where they'd go if they lost their apartment.

"That's a really good question," said Marion. "I don't know what I would do."

Robinson added, "Our friends are like, they have kids and stuff, so it would be hard."

The two are fearful even though Marion just got a new job, and both just started receiving the unemployment benefits they applied for 10 weeks ago.

Still, the couple does not have enough to pay rent for May or June.

To find out if you have protection from the moratorium on evictions, click here.