Family of man killed by Brightline train pleads for investigation 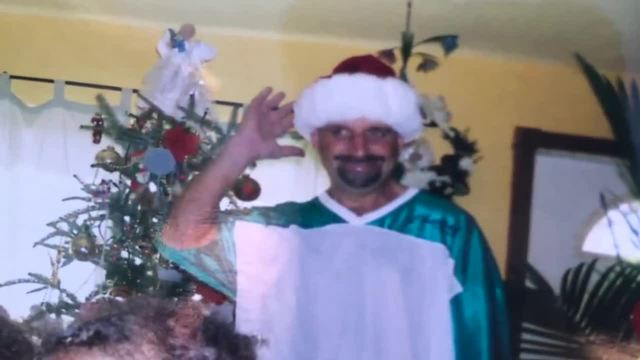 Two people dead. The family of one of those struck and killed by a Brightline train is questioning the safety of the railroad crossings. 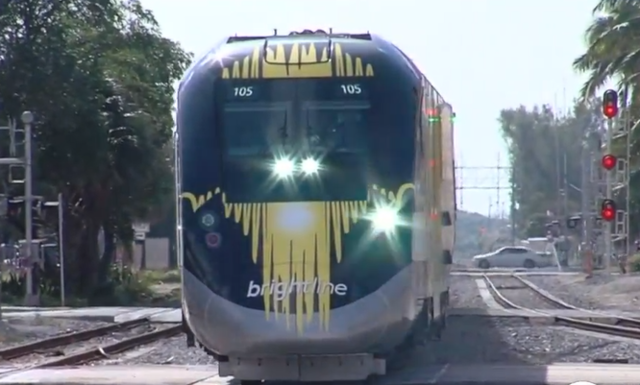 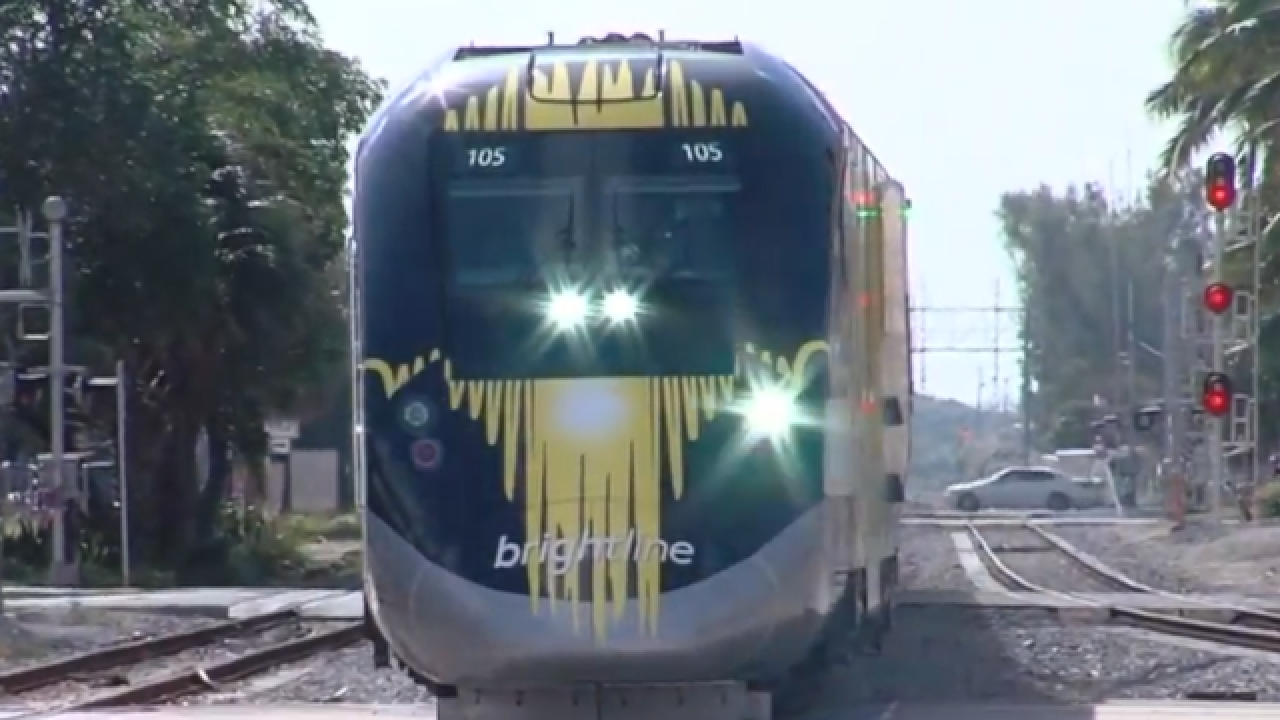 The incidents have even made the front page of USA TODAY.

In both incidents, which occurred in Boynton Beach, police said witnesses saw the victims go around the crossing arm barricades.

Still, the family of one of those struck and killed is questioning the safety of the railroad crossings.

Jeffrey King, 51, died while crossing the railroad intersection with his bike at Ocean Avenue in Boynton Beach on Wednesday night. He worked just around the corner at Troy's Barbecue.

"'When he went to work that day, he came in and kissed me and said 'I'm going to work now, mom and I love you.' Those were his last words to me," said King's mother, Shirley Folsom.

Through tears and hugs during a press conference on Thursday, his family shared memories of King's life -- one he dedicated to helping the homeless at various soup kitchens in the area.

"He was a wonderful, caring man," said Folsom.

His sister, Deborah King, said he enjoyed working with the Caring Kitchen in Delray Beach and would stop to help the less fortunate.

A fundraiser will be held at Troy's Barbeque this Sunday to raise money for the King family's loss.

"My heart will never ever be the same without him," said Deborah King.

The loss has prompted the family to hire an attorney to pursue possible legal action against the high- speed rail company.

"Unfortunately this family is now without a loved one," said the family's attorney, Zedrick Barber II. "What we do know is that Brightline is responsible for the functionality of it's railways and the safeguards attached to it."

According to Brightline officials and Boynton Beach police, witnesses reported seeing King go behind the crossing arms when they were down.

"There have been reports that the guardrail wasn’t functioning properly," said Barber. "I haven't spoken with any witnesses personally, which is at this point why we're saying one way or the other. We are just here to make sure the investigation is underway."

A Brightline spokesperson told WPTV that the systems functioned as intended during the two incidents that occurred in the past week.

The company issued the following statement on Thursday evening:

The safety of Brightline’s guests and on the railroad is the highest priority for our entire team. The safety systems are designed to prevent and protect people from incidents like those that occurred in recent days. Those systems functioned as intended. Our focus is on expanding our efforts to educate the community about rail safety alongside our partners at Operation Lifesaver, Tri-Rail, local law enforcement, city and county officials.

Earlier this week, WPTV reported on city leaders in West Palm Beach putting the pressure on Brightline to complete quiet zones as soon as possible.

Without quiet zones, Brightline and freight train engineers have to start sounding the train horn at least 15 seconds before reaching all public crossings, which is causing an inconvenience for those who live near the tracks. Click here to read more.

How fast are the trains?

In an effort to better understand in real-time how fast the trains are traveling compared to Tri-Rail and freight trains, we asked Boynton Beach police to bring out their speed radar gun to measure the train as it passed through the Ocean Avenue intersection.

"Once the arms go down, stay and wait for the train to pass," he told WPTV during an interview on Thursday.

During the lunch hour train traffic, Sgt. Hawkins used his speed radar gun to check the speed of a train heading from West Palm Beach to Fort Lauderdale.

"That's fast," Hawkins observed. "The arms went down and it's already almost to Delray, that was seconds ago."

These results have police urging people to never to go around the safety gates.

"It's not even safe to try and gauge that speed and time/distance. The gates are down. Even if you think they're malfunctioning, don't go anywhere. Turn around, call police. We'll come out and check the intersection right away."

Hawkins says the trains are going much faster than people are used to, compared to Tri-Rail or freight trains.

"In the past, people really think, 'Hey, I can beat the train,'" he said. "You can hear the train horn, the bells are going off -- to let everyone know, 'hey look, there's a train coming.' But the fact is, people have become more impatient."

Those living near the tracks, like Stacey Rybak, said more needs to be done until people are more aware of the dangers.

"It's not something to mess around with. That train is whipping through here. I hear the train when it's coming and it's clear -- the alarm goes off," she said. "I don't now if they need to just educate more? But a pause [in service] right now until they can figure something out, I think would be best for everybody."

In the meantime, police say pedestrians need to stop at train intersections, look both ways and follow the warnings. And if the gates are down, never attempt to cross until the train has past. Those precautions also apply to drivers.

"Be aware of your surroundings. Put down your cellphone, turn the radio down a little bit, turn off the GPS, tell your kids to be quiet -- and pay attention," he said.

On Thursday, the City of West Palm Beach also issued this set of rail safety guidelines to residents on its Facebook page.

“Ensuring City of West Palm Beach residents and visitors are safe is our top priority,” said West Palm Beach Mayor Jeri Muoio in a statement. “We want to remind everyone to use caution around railroad tracks and at railroad crossings in our City. Whether you are a pedestrian, a bicyclist or motorist, never try to beat a train. They are quieter and faster than you may think. I urge everyone to make the right decisions near railroad tracks and to be careful.”

Congressman Brian Mast is even speaking out, telling WPTV that he is calling on the Florida House Transportation and Infrastructure Committee to hold an oversight hearing on the deaths.

"Anything new comes with growing pains but when the growing pains are at the cost of human life? That's something very, very serious," he said in a FaceTime interview with WPTV on Thursday. "These concerns have been brought up since people have been talking about this train. And now we're seeing it, unfortunately, come to fruition."

He joined with U.S. Sen. Bill Nelson and many others in asking for Brightline to stop running until "massive safety flaws are resolved".

.@GoBrightline - stop victim blaming and take responsibility for the fact that your trains are killing people. Trains should stop running until massive safety flaws are resolved. https://t.co/ipz4Bm8lNZ

Mast is also asking for federal investigators to look into the company's safety measure before $1.2 billion in private activity bonds are issued to help Brightline pay for expansion to Orlando.

Mast said high speed rail running on the same level as traffic -- and not on elevated platforms as seen in other parts of the country and the world -- is one of his major concerns.

"We are very specifically calling for hearings on our Transportation and Infrastructure Committee to look at the safety of this high speed rail that's going through areas where traffic typically travels at 35 miles per hour on the roadways. We're going to run something at 85 mph? That's a major safety concern," he said. "These crossings are right at grade. For anybody that's spent time up in the northeast, those crossings aren't at grade, you don't see them at the road level every single time you're trying to cross it and in Florida we do."

Mast cited a survey on a navigation feasibility study for train transportation in the area, in which residents can take part in a public comments period. Click here for more information.