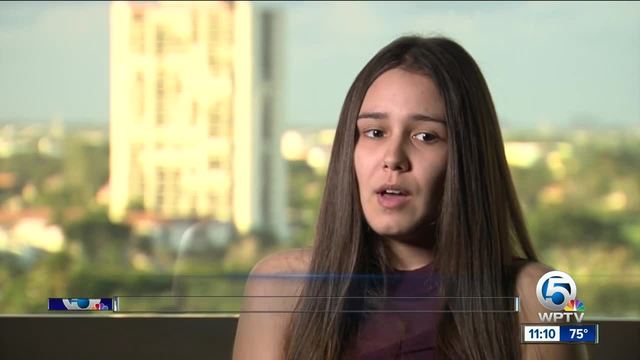 According to the Boynton Beach Police Department, her mom, who we’re not naming since she is a victim of domestic violence, was shot five times in by Palm Beach County Sheriff’s Detective Michael DeMarco before turning the gun on himself on October 12th. The two had dated previously, and lived near each other at the Inlet Harbor complex in Boynton Beach. 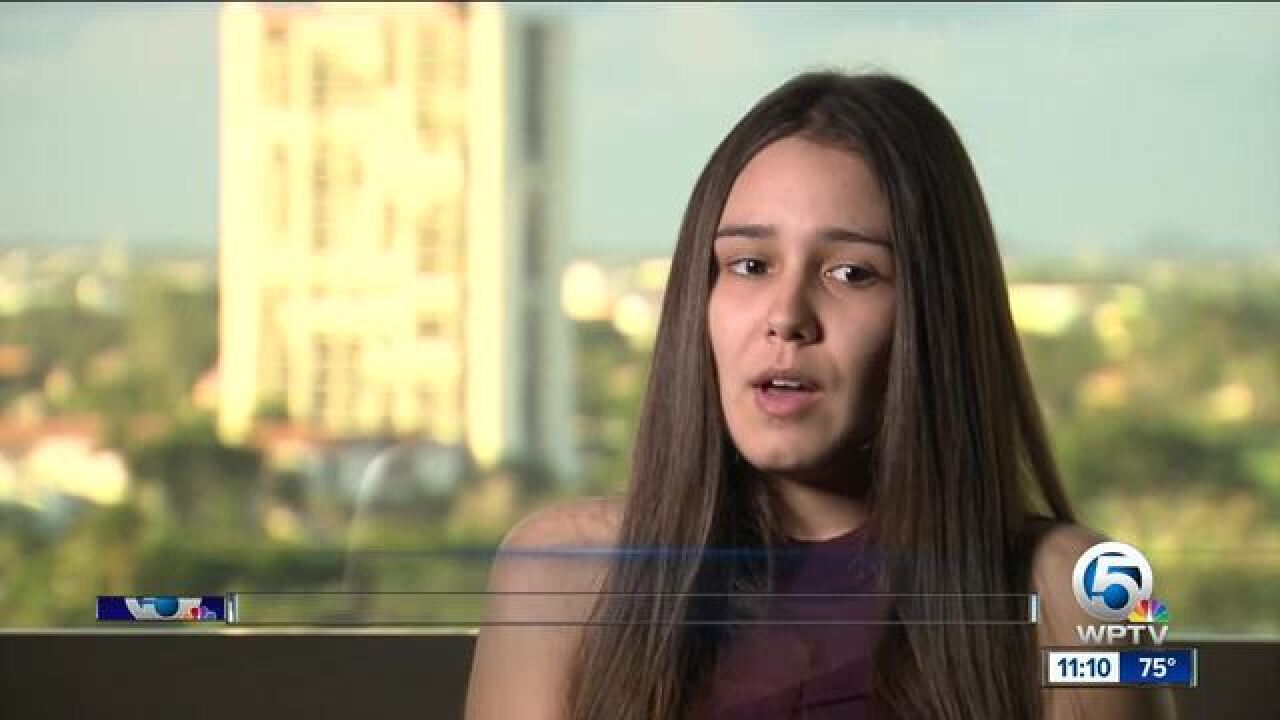 Aryana Baluja,18, has had to grow up fast.

“(My mom) is in a lot of pain just about every morning and night just from the pain,” Baluja said.

According to the Boynton Beach Police Department, her mom, who we’re not naming since she is a victim of domestic violence, was shot five times by Palm Beach County Sheriff’s Detective Michael DeMarco before turning the gun on himself on Oct. 12.

Her mom and DeMarco had dated previously and lived near each other at the Inlet Harbor complex in Boynton Beach.

Aryana balances her classes at Palm Beach State now, while taking care of her grandparents, and mom.

“She says a lot how after the first show she couldn’t hear anything.  And the only thing she could think of is me,” she says.

Aryana, in her lawyer Gary Iscoe’s office inside the Steinger, Iscoe & Greene Law Firm in West Palm Beach, says her mom and Michael DeMarco only knew each other for 5 months. First they were friends. And then they dated.

“When I first met him it was kind of like okay he’s a cop maybe he’s a good person, that’s what cops are looked at for. But after getting to know him a little better, it was the total opposite,” she said.

Aryana says her mom would talk about him to her, concerned he was becoming too controlling.

“Sometimes we’d go out to dinner for example and she’s kind of use to doing her own thing. She’s very independent, so he would want to order for her. She’s not really used to that. So, she would go home and kind of be like don’t you think it was weird that he was trying to order for me. He wouldn’t let me eat what I wanted to eat,” she said.

Her mom had broken up with DeMarco before Hurricane Irma. He pulled up to the Inlet Harbor Apartment complex on the morning of Oct. 12, and shot her mom before turning the gun on himself.

“She’s very nervous. She doesn’t like people coming from behind her or from the side of her. She gets very paranoid. She’s very finicky. She’s very worried all the time.”

Aryana says her mom is still rehabbing, seeing doctors everyday. She’s had parts of her lungs removed where she was shot.