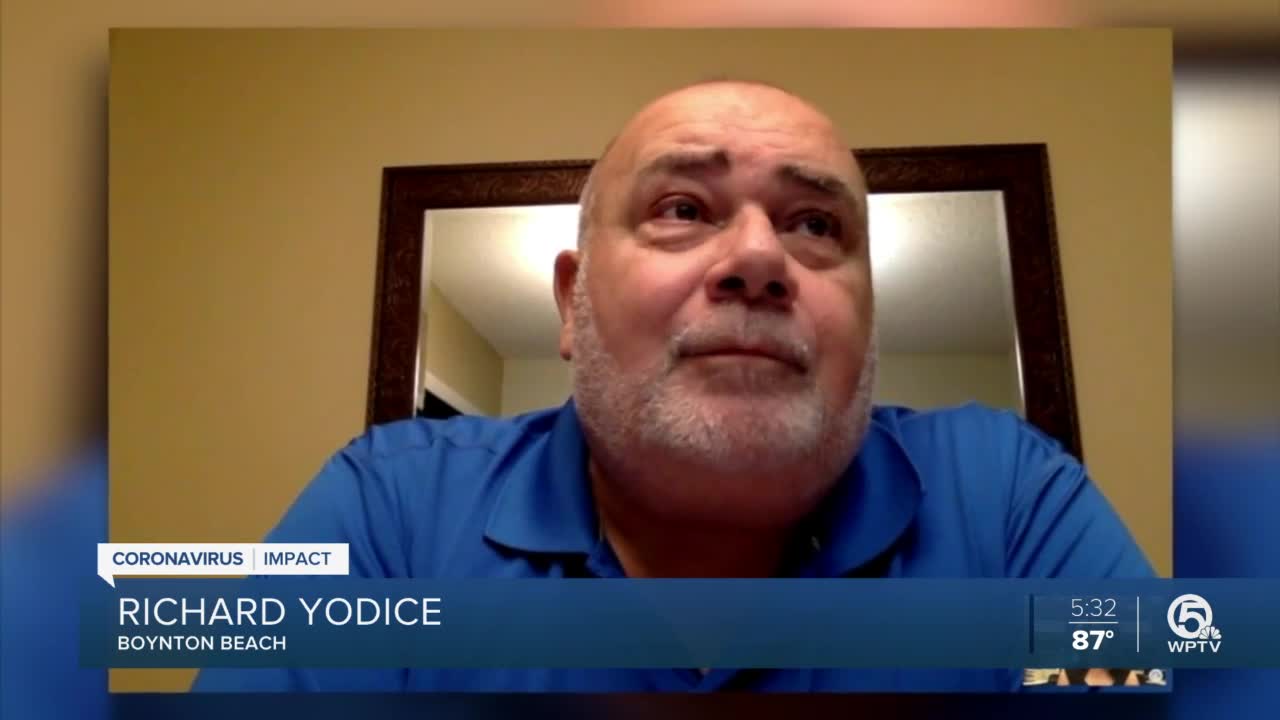 The coronavirus has completely changed the life of a group of New York natives who survived 9/11 but were later affected by health problems in the following years. 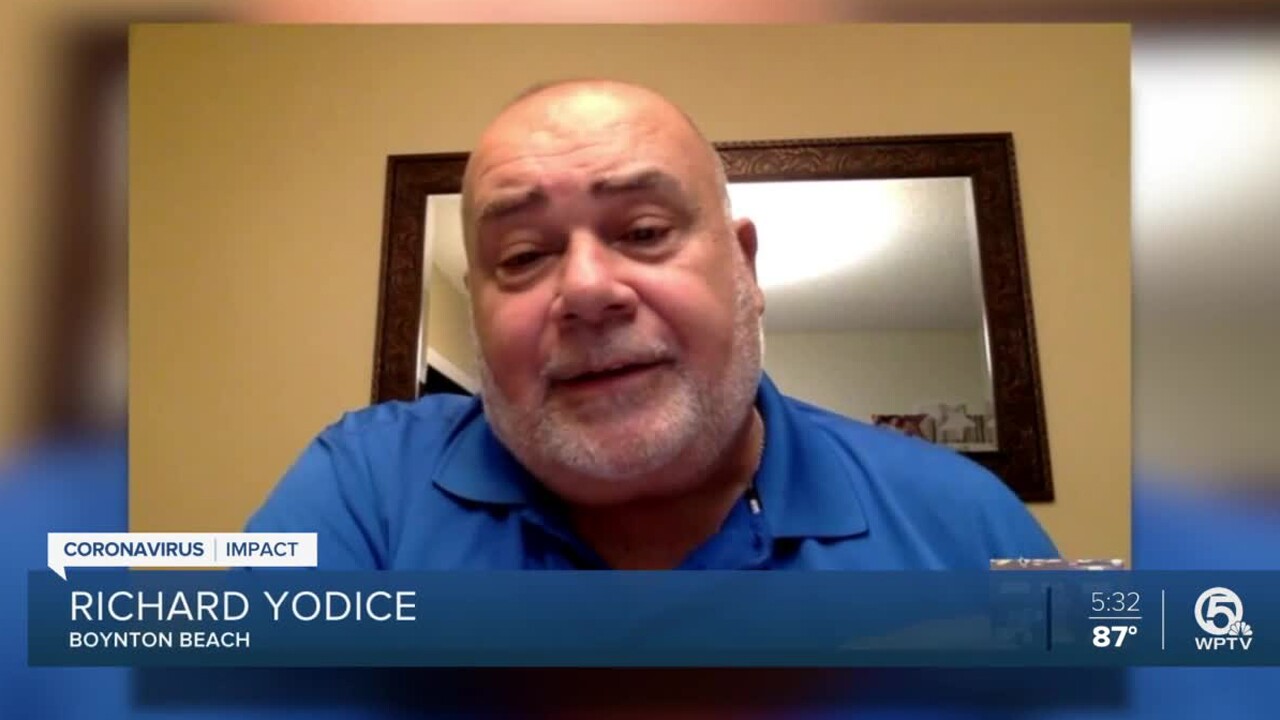 BOYNTON BEACH, Fla. — The coronavirus has completely changed the life of a group of New York natives who survived 9/11 but were later affected by health problems in the following years.

The 9/11 community expands far beyond the heroes and victims that were lost and those who survived almost 19 years ago.

Many were everyday people who worked near the Twin Towers and were gravely impacted by health issues from the unhealthy air that consumed New York City in 2001.

"I don't even go food shopping. I use Instacart. I don't go into any stores," said 9/11 survivor Richard Yodice.

Yodice is living confined to his Boynton Beach home.

"Last year in March, I was diagnosed with prostate cancer, so that's when everything kind of came into perspective," Yodice said.

He said he worked for Con Edison Power in New York for 38 years. In 2001, he was assigned to work one block away from the Twin Towers.

"They sent us down there. It was kind of horror scene going in there because everything was closed the bridges were closed the tunnels were closed," Yodice said.

Attorney Michael Barasch represents more than 1,500 people in the 9/11 community who now live in South Florida. In the last few months, he said he has lost half a dozen members to COVID-19 because of their underlying conditions.

"There have been 68 cancers linked to the 9/11 toxins, and those people, especially if they've had chemotherapy or radiation, are particularly at risk to the coronavirus," Barasch said.

"It's a crazy thing that's going on … I see people that are not respecting themselves or others that are not wearing masks," Yodice said.

He won't go outside. He missed his granddaughter's communion in New York last week. For him, it is a new reality.

"This is the way it is for now," Yodice said.

For now, he said Facetime and Skype are the only ways he can see his family.

The good news is that he has completed radiation and is cancer-free.