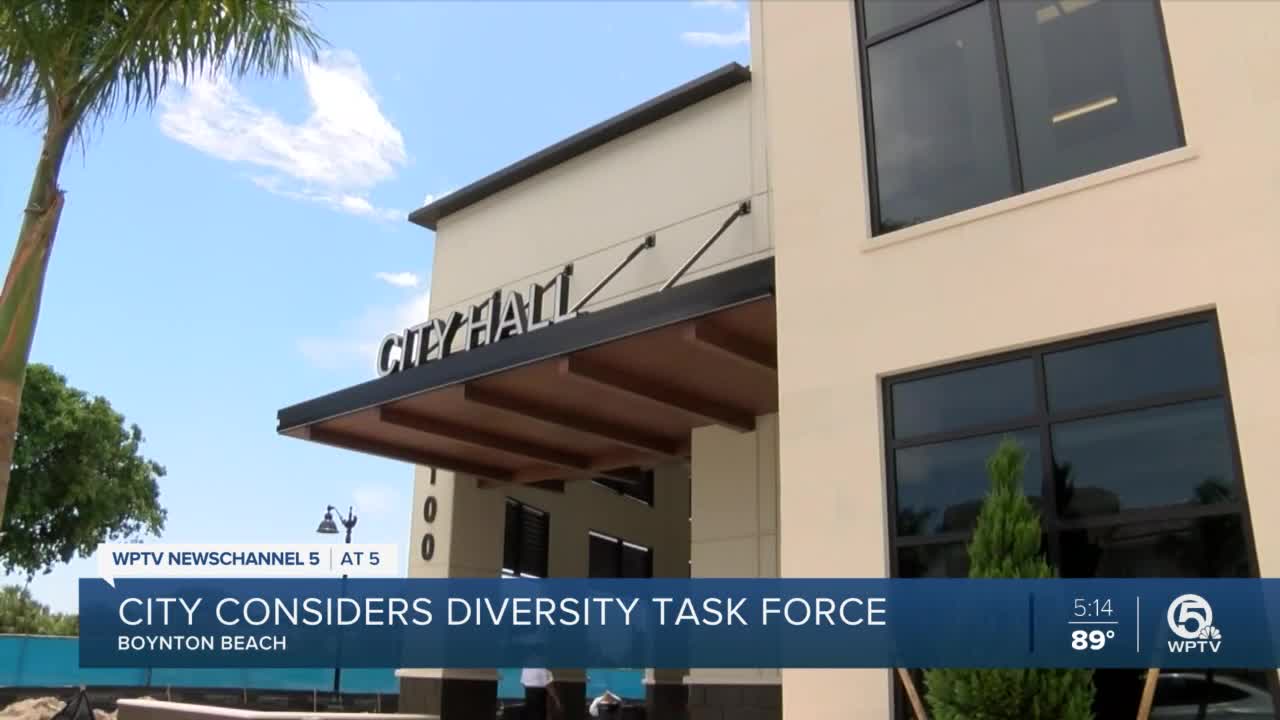 City commissioners in Boynton Beach on Tuesday will discuss establishing a task force to address racial and social equity.

In the short-term, the five commissioners unanimously agreed Tuesday night to require racial equity training for city employees on a continuing basis.

But in the long-term, commissioners want to address the issue in the city.

"What are we doing to do to make an impact in the long run," Vice Mayor Ty Penserga, who is developing a proposal, told WPTV-TV. "Because such a large topic, no one board can handle all of it. We want to make sure it is community driven and not staff.”

His proposal is to have each of the five board members in charge of a committee that will include residents and resources within the community. The separate groups would be affordable housing, education, economic opportunity, health and wellness, and public safety.

The vice mayor says he will work with staff to develop ideas and likely revisit it at the next meeting in two weeks.

Boynton Beach Director of Economic Development David Scott made a presentation on findings of research in developing an approach to "creating a framework to address racial and social equity" in the city.

The initiative hopes to identify "racial and social inequities, and development of strategies and activities to close the equity gap."

"West Boynton communities are very different from the east. We need to make sure to grow the city in an equitable way," Penserga said.

The Rev. Rodney Wilkinson said the task force could help close gaps within the city, including housing in east Boynton Beach. He said the city must include members of the community.

"I think if we don't have nonpartisan, independent community members at the table, we are doing a disservice," Wilkinson said.

Wilkinson said he hopes the community gets involved.

Latosha Clemons, the city’s first Black female deputy fire chief and its only Black female firefighter, was to be depicted in a public arts mural. In addition, it would feature Glenn Joseph, a Black former fire chief.

But they were replaced by white faces after the mural was unveiled. On June 4, the artwork was removed amid criticism from city residents.

Hours later, LaVerriere said she and Petty "agreed that it is in the best interest of the city of Boynton Beach that we mutually separate employment."