No charges filed yet 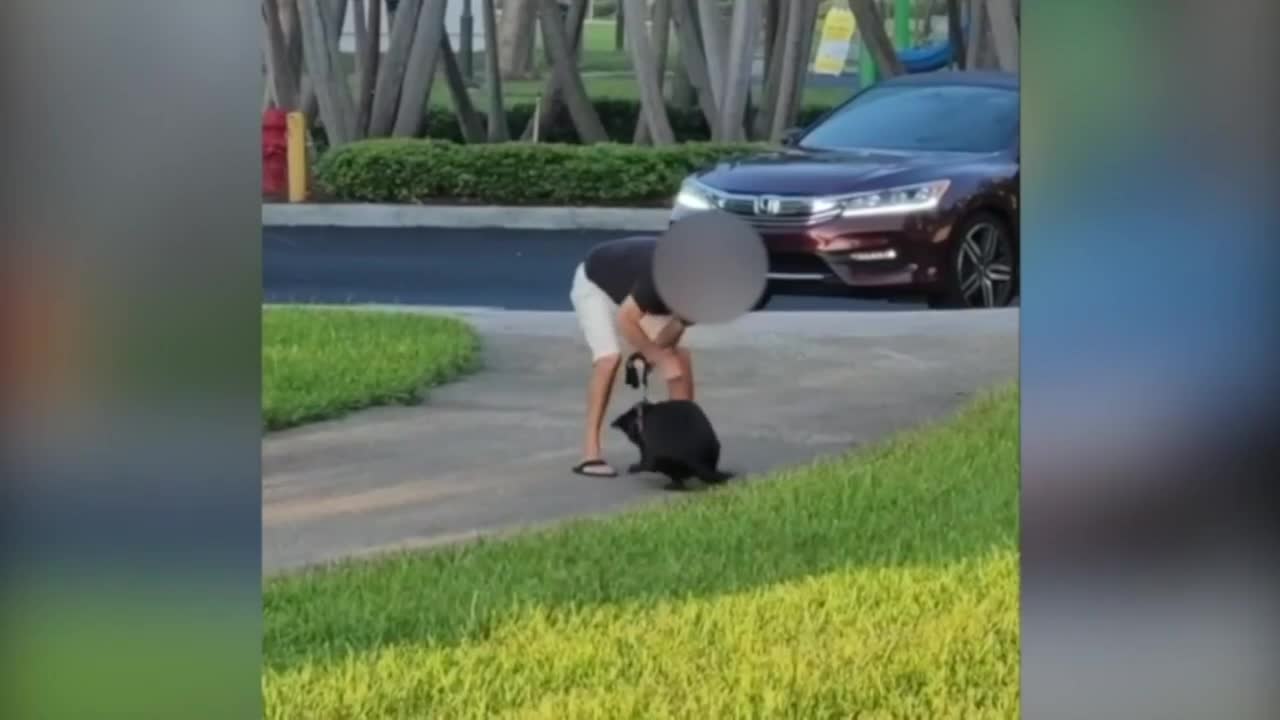 Police are investigating a video that shows a man punching a dog with his fist in Boynton Beach. 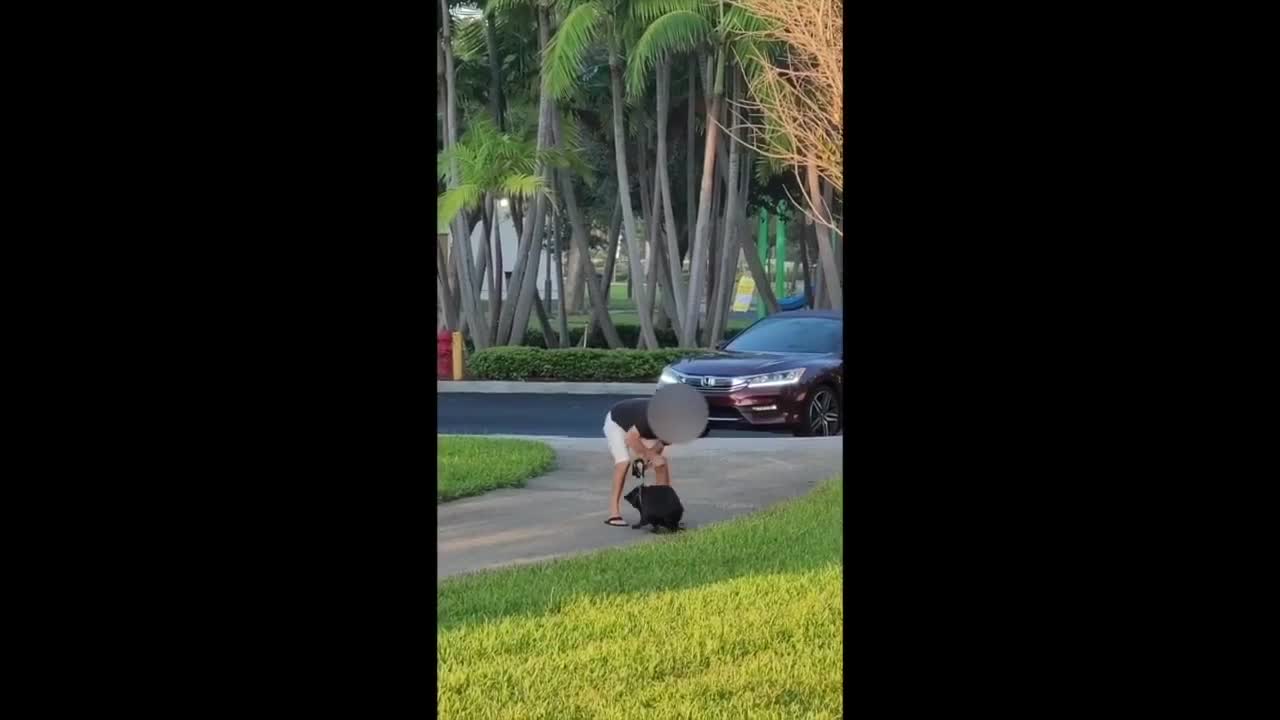 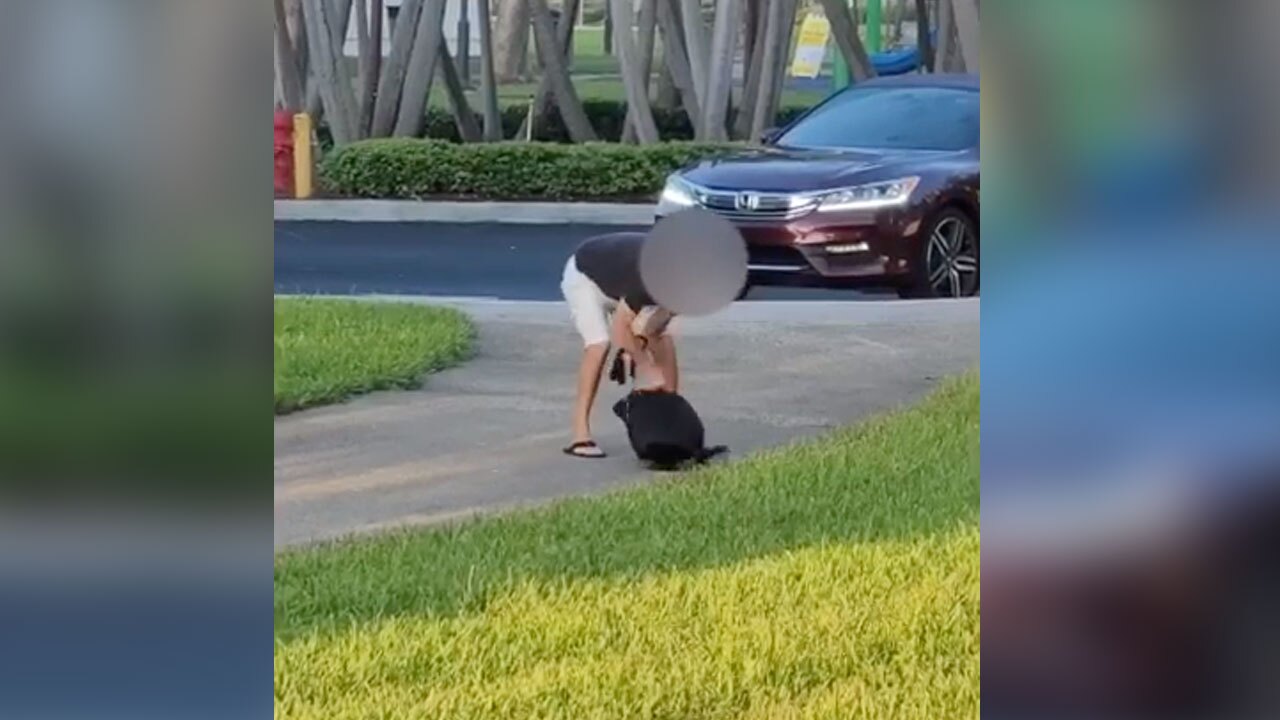 BOYNTON BEACH, Fla. — Police are investigating a video that shows a man punching a dog with his fist in Boynton Beach.

The video shows a man walking a dog on a leash, then suddenly punching it with his fist two times and slapping the animal.

Slater said an animal cruelty investigator later interviewed the man in the 28-second video and took custody of the dog.

Authorities have not released the man's name, and no charges have been filed as of Monday afternoon.

Stacey Rybak, the woman who recorded the video, said the man also hit the dog before she started recording.

"The owner bent down and grabbed the harness and just started to beat the dog. I still have a hard time talking about it," Rybak said.

Rybak said a neighbor saw the video on her Facebook page and recognized the man, which helped police track him down.

"It breaks my heart to even talk about it," Rybak said.

The 2-year-old female pit bull-Lab mix will remain in the custody of Palm Beach County Animal Care and Control, pending the outcome of the investigation, police said.

"I will do my absolute best to pursue justice for this innocent animal," said Boynton Beach animal cruelty investigator Liz Roehrich. "We will always investigate acts of animal abuse and neglect in the city."

Police will also perform a welfare check at the man's home to ensure the safety of his other animals, according to Slater.

The dog, named Addison or Adi, was also examined by a veterinarian.

Hundreds of concerned people have commented on Rybak's video since it was posted Sunday.

"People are caring when it comes to animals," Rybak said.