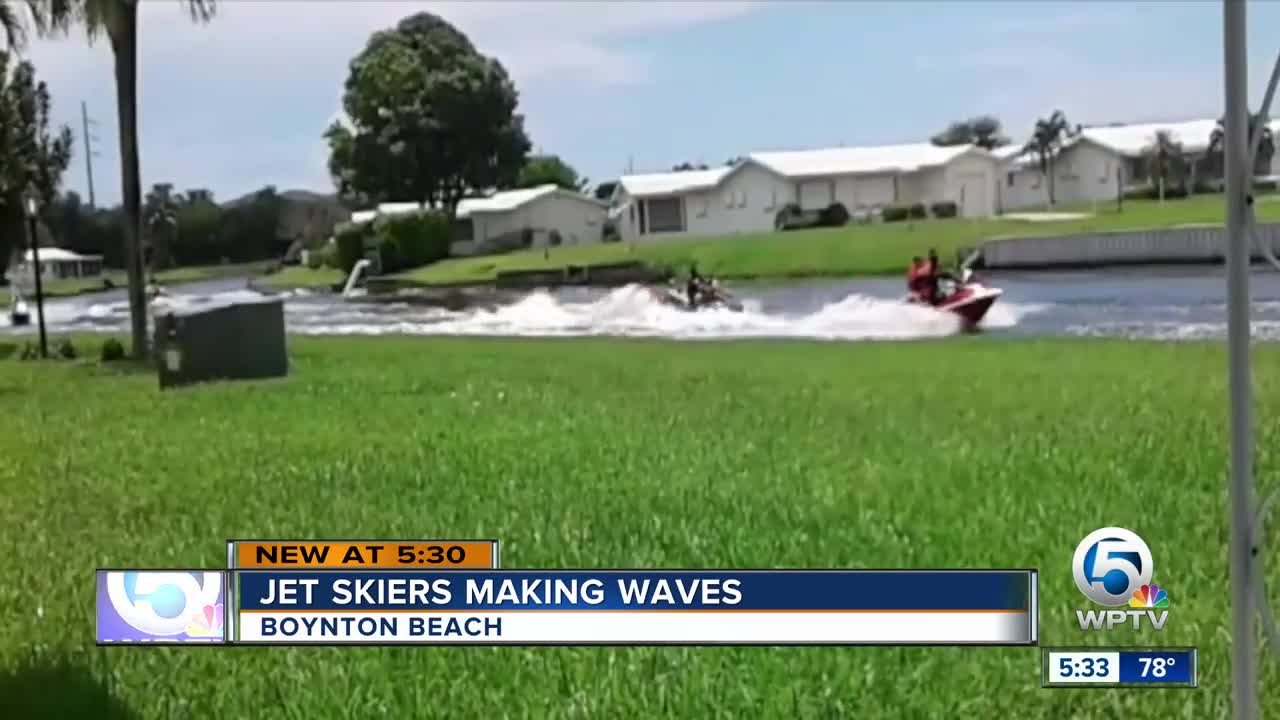 A group of jet skiers are making waves in a retirement community in Boynton Beach. 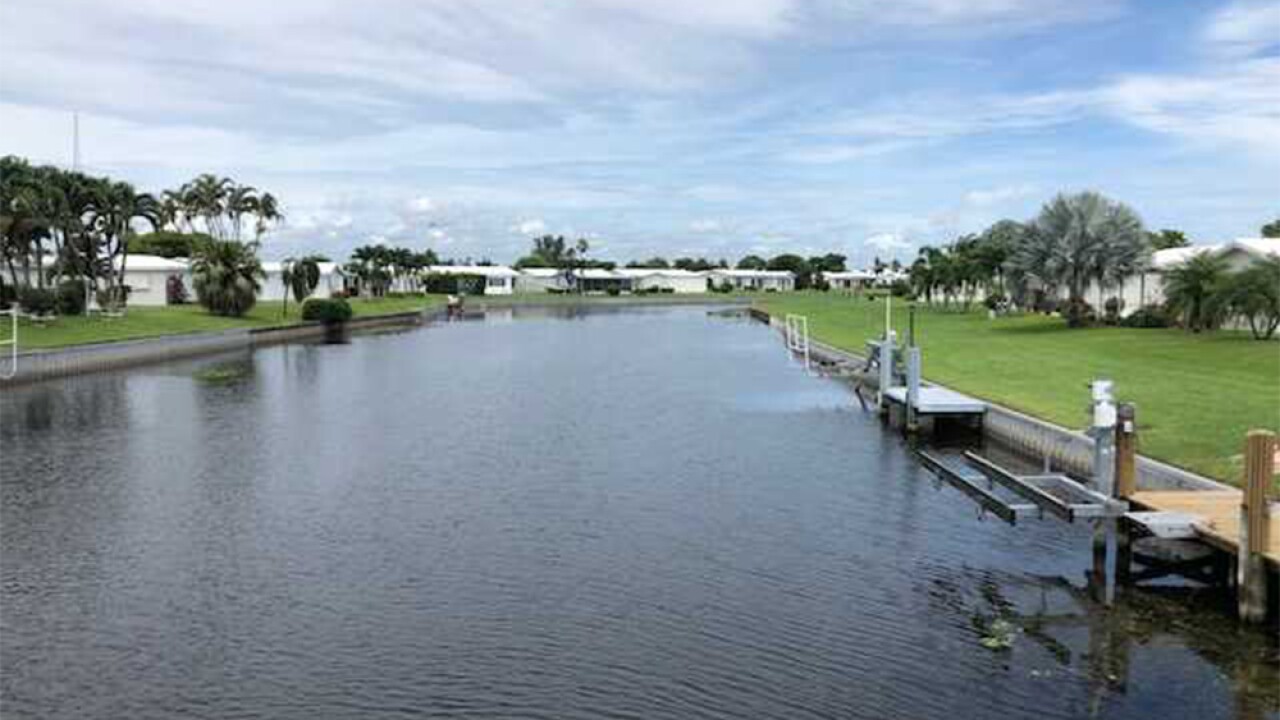 BOYNTON BEACH, Fla. — A group of jet skiers are making waves in a retirement community in Boynton Beach.

On the E-4 canal, behind the Palm Beach Leasureville community, neighbors like Joe Kmiotek have reached their breaking point.

“It’s constant pound, boom, boom!” said Kmiotek, who has lived in the community for four years. “They don’t slow up for any of the bridges, they just continuously go. They also knock fish out of the water.”

Kmiotek recorded video on the water, and says on the weekends daring and dangerous jet skiers are zooming past.

“When you got 15 of them, it sounds like rolling thunder coming through. It’s not what I expected in a retirement community,” said Michael Quinn, who recently moved into the community.

Quinn claims the jet skiers partially knocked over part of the sea wall, and says they're leaving behind other damage in their wake.

“I’m very afraid to go out on a blowup boat out here with these guys coming through like this,” Quinn said.

Kmiotek and Quinn say they’re concerned because there have been a number of close calls, and now they fear the worst.

“People on the paddle board, they got knocked into the water and they had to climb onto the neighbor’s dock around the bend over there. Eventually, someone is going to get hurt,” Kmiotek said.

Boynton Beach Police told WPTV they are aware of the complaints, and say they have been out patrolling and will continue to patrol the area. They’re also reminding everyone the speed limit is only 5-10 miles per hour on the canal.