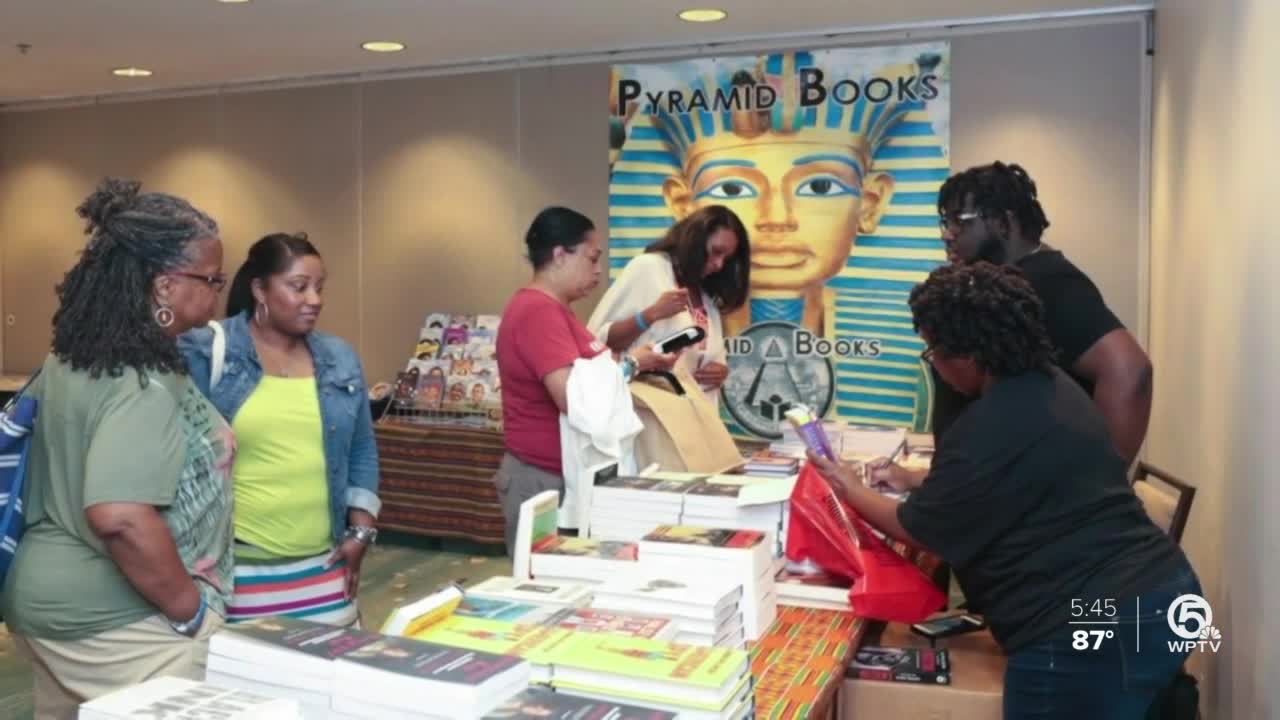 Sabirah Rayford introduces you to a black book store owner who says for the first time in 30 years he selling out of books on race.

After the death of George Floyd, a global conversation on racial inequality was born.

A black Boynton Beach bookstore owner says for the first time in 30 years he’s selling out of books on race.

“It’s a shock to say the least,” Akbar Watson said.

For three decades Watson has showcased books on black culture at Pyramid Books.

“And they weren’t being housed at major bookstores, they were coming from independent authors and independent publishers,” he said. “They didn’t have that wide spectrum.”

His business went from the trunk of his car to a brick and mortar shop in Boynton Beach to online.

“For lack of a better term an underground bookstore because people don’t necessarily connect black man with reading and books and stuff,” Watson explained. “So we’ve come to see that it’s just a part of American reality, but it’s not our reality.”

That reality is now changing.

“Everybody’s on deck and we’ve pretty much been working practically 24 hours a day for the last week,” he said.

Watson says they’re receiving hundreds of orders online for books like ‘The New Jim Crow,” to ‘Ready for the Revolution.’

“We have always been viewed as a problem in American society and that reality that we didn’t create is starting to unfold in the face of America as we see it today,” he said.

Watson says he’s happy his clientele is expanding and even more importantly books on racial injustice are being dusted off the shelves.

“I know that one book is not going to change the world, but I think it’s a step in the right direction,” he said.