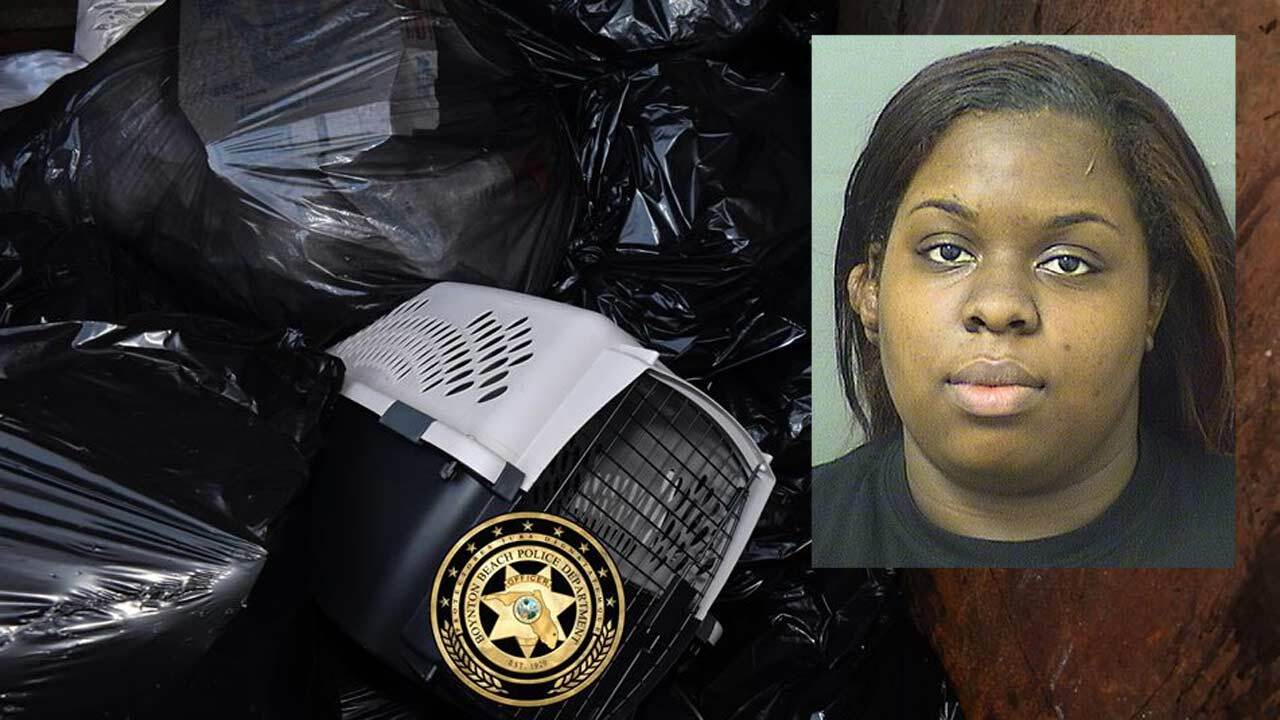 BOYNTON BEACH, Fla. — The Boynton Beach Police Department said a 23-year-old suburban Lake Worth woman was arrested after dumping the bodies of two dead dogs in a dumpster.

Hinds turned herself in Wednesday and was transported to the Palm Beach County Jail.

Polices said the arrest stems from a call for service on Nov. 23 in reference to two dead dogs in two separate crates found inside a dumpster behind South Tech Preparatory Academy located at 1325 W. Gateway Blvd.

Police said a necropsy showed that both dogs were poorly cared for and had multiple ailments including hookworms, overgrown nails, dirty ears and poor teeth. Hinds told police she left them in a crate outside in the rain and alone when she went on vacation.

The doctor who performed the necropsy determined that their poor physical condition suggested they both had been neglected for a long period of time.

“This is one of the most disturbing cases I have ever worked,” said animal cruelty investigator Liz Roehrich, who has worked with the Boynton Beach Police Department for 27 years. “These dogs experienced extreme suffering, and then their bodies were tossed in a dumpster like yesterday’s trash. We are grateful to the cleaning crew who discovered them and called us.”