Swastika spray-painted on car in neighborhood near Boca Raton 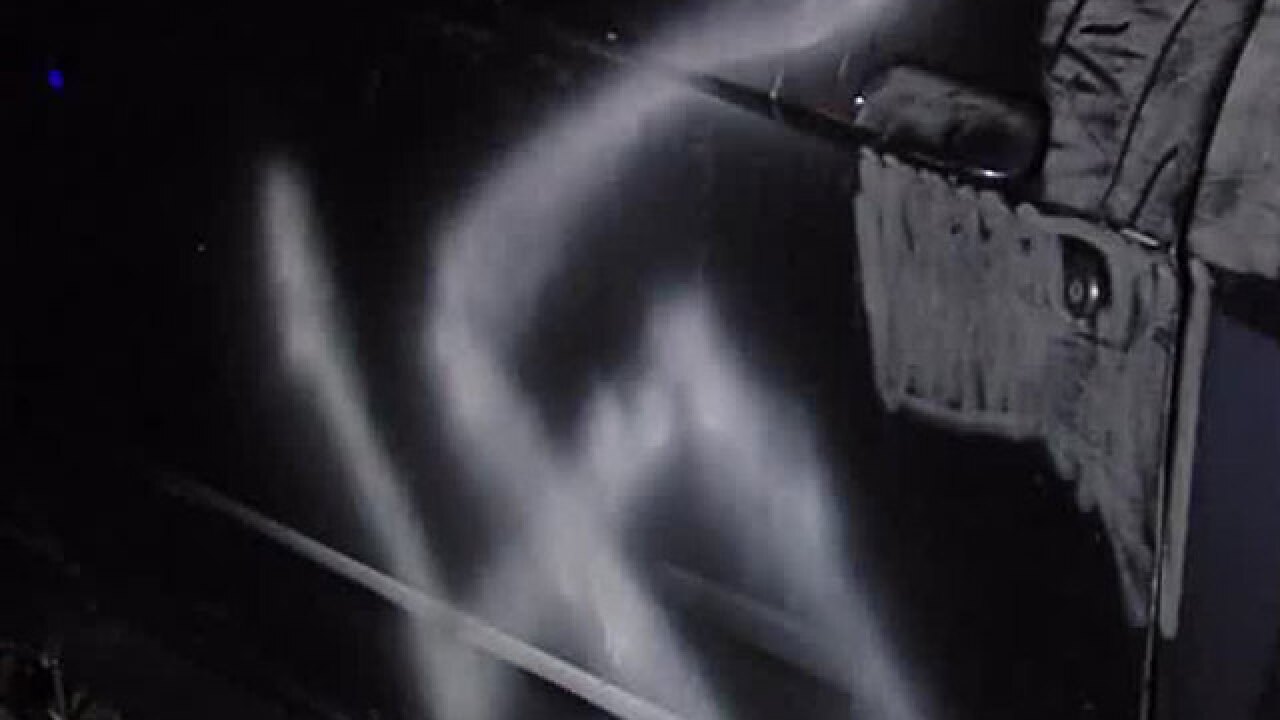 A neighborhood near Boca Raton is on-watch after what neighbors call a threatening hate crime.

They say Sunday morning they woke up to a giant swastika painted on a 2001 Ford Mustang in their predominately Orthodox Jewish neighborhood in the 7000 block of San Salvador Drive.

Abe let his family know what he saw. His mother said she was too shaken up to talk to media. Her young children learned quickly what the sign means and how serious it is.

"It's just terrifying because I never saw anything like that before in my life," said 9-year-old Judah Lutz. "I never saw someone spray paint a car like that out of nowhere, and especially that sign. It's just scary."

Neighbors gathered throughout the day to see what happened.

"It's not something that I would expect my kids to have to face, to see the swastika," said Ayelet May, who lives across the street.

"We already set up a community watch in the neighborhood," Lunger said.

Neighbors say deputies stopped by to take fingerprints of the car and review security footage that could help in finding the vandal.

"They think it's a joke." Lunger said. "It's a very serious crime, and if the individual who's done this gets caught, it's serious consequences.

PBSO said they do not have a suspect in the case.