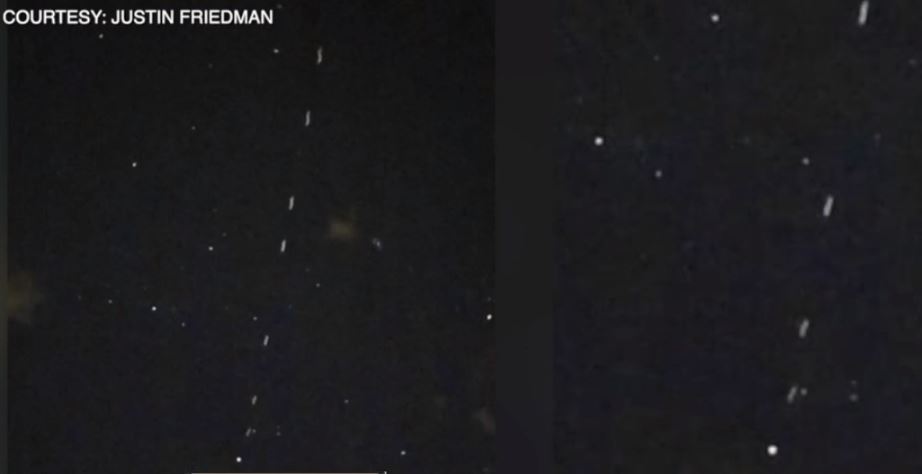 Several people in South Florida say they saw a strange line of lights moving across the sky right after sunset on Sunday. 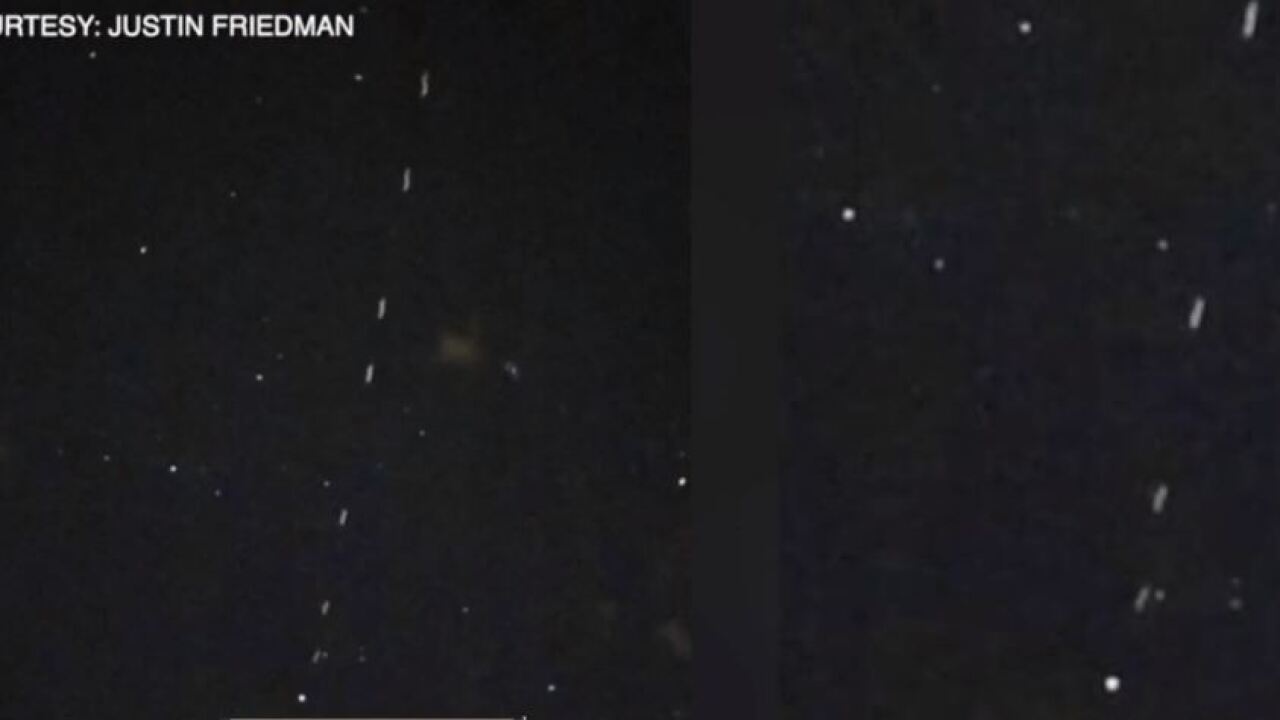 BOCA RATON, Fla. — Several people in South Florida say they saw a strange line of lights moving across the sky right after sunset on Sunday.

“We saw a bunch of dots zooming by,” said Oksana Rivera de Rincon who spotted it south of Boca Raton. “Spaced apart evenly moving fast and with a light on the bottom which was not common.”

Many wondered if what they saw was military aircraft or even UFO’s.

Former Strategic Air Command historian, Sanford Manley says it was satellites from Space X that were recently launched into orbit.

“Eventually there’s going to be thousands of these satellites in lower orbit couple hundred miles in the sky and what happens is they catch the light,” Manley says.

Currently, Manley says Space X has 180 satellites to improve internet service, and many can be seen reflecting sunlight.