Protest held for, against Boca Raton teacher who put up Satanic display 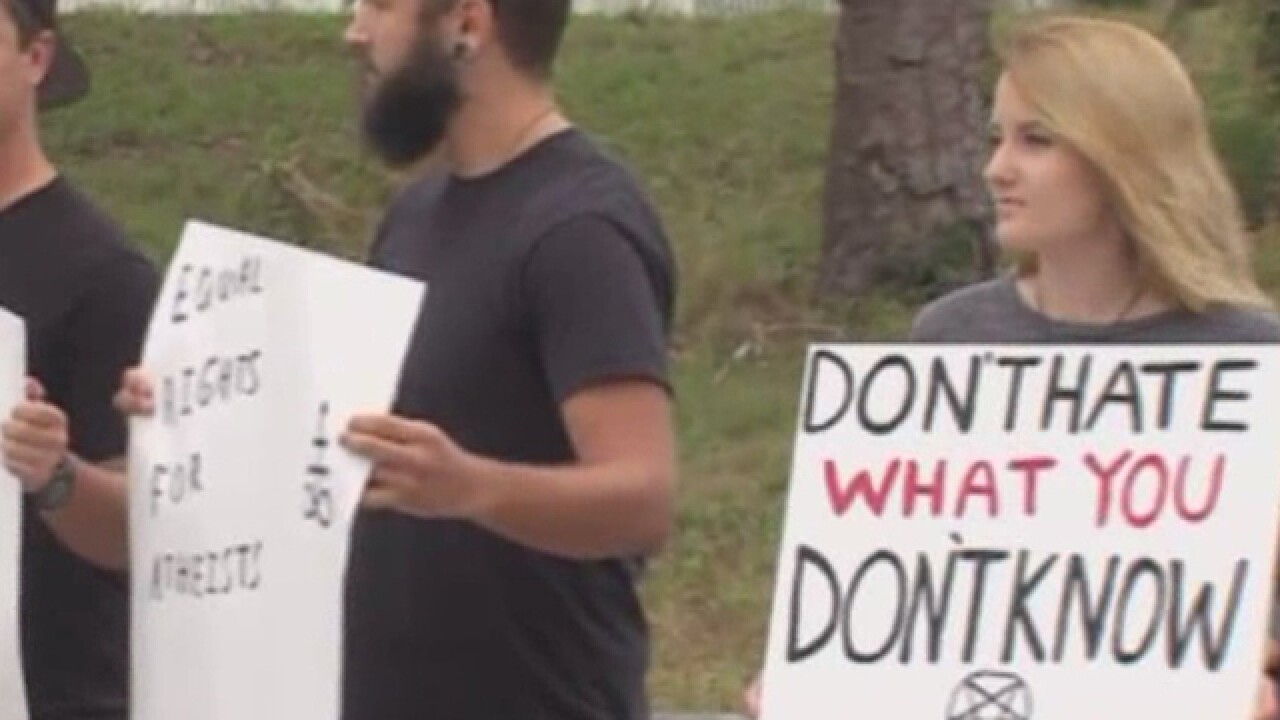 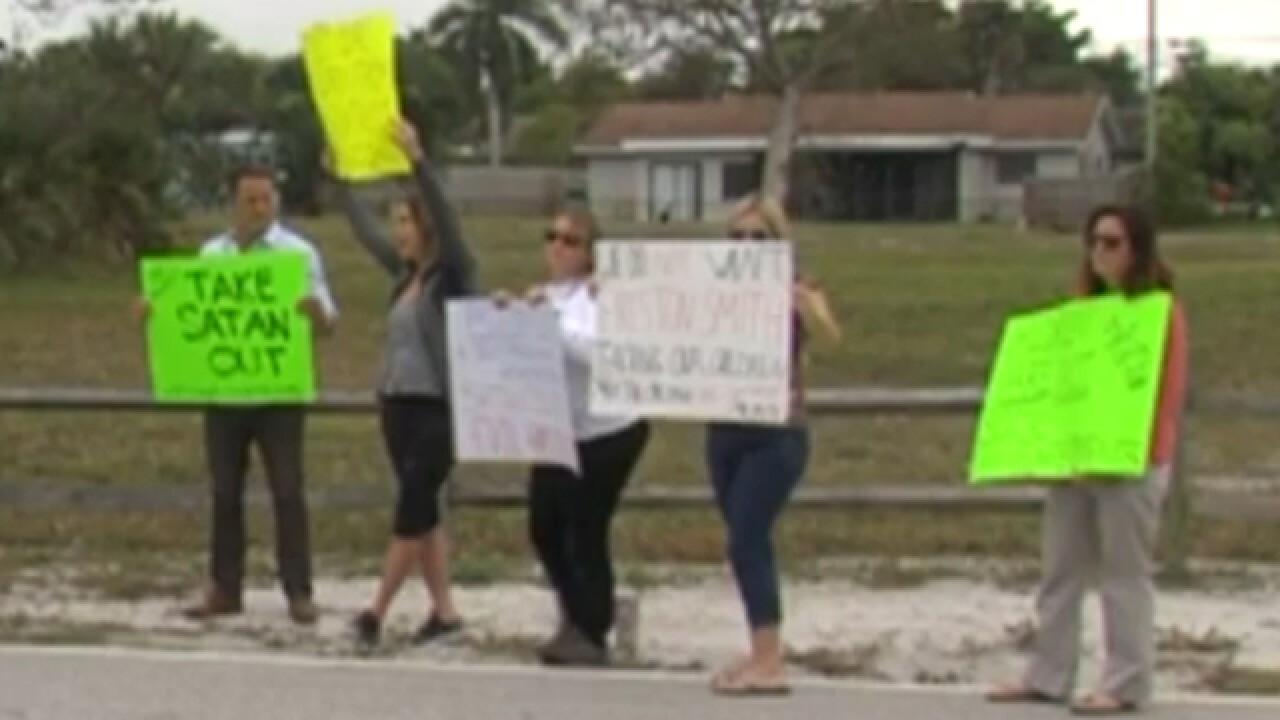 A protest was held Wednesday morning outside Boca Raton Middle School for and against one of the school's teachers responsible for a Satanic display.

Preston Smith, a Language Arts teacher at the school, received a permit from the city of Boca Raton to put up the display in Sanborn Square earlier this month.

But many parents, including the PTA president, are not happy about it and want Smith out of the classroom.

A small group of parents carried signs saying 'Satan does not belong in our school, neither does Preston Smith.' Also in attendance was a small group of freedom of speech/freedom of religion supporters who support the teacher.

Superintendent of Schools Dr. Robert Avossa says as long as the teacher is not pushing his views on students, Freedom of Speech protects Smith's actions outside the classroom.

That’s not good enough for some parents.

The parents say they plan to have a petition up on change.org trying to get Smith removed from the classroom.

School district sources said Preston Smith was not in the classroom, he took a personal day today.

Someone vandalized the display for the fourth time early Tuesday morning, ripping it from the ground.